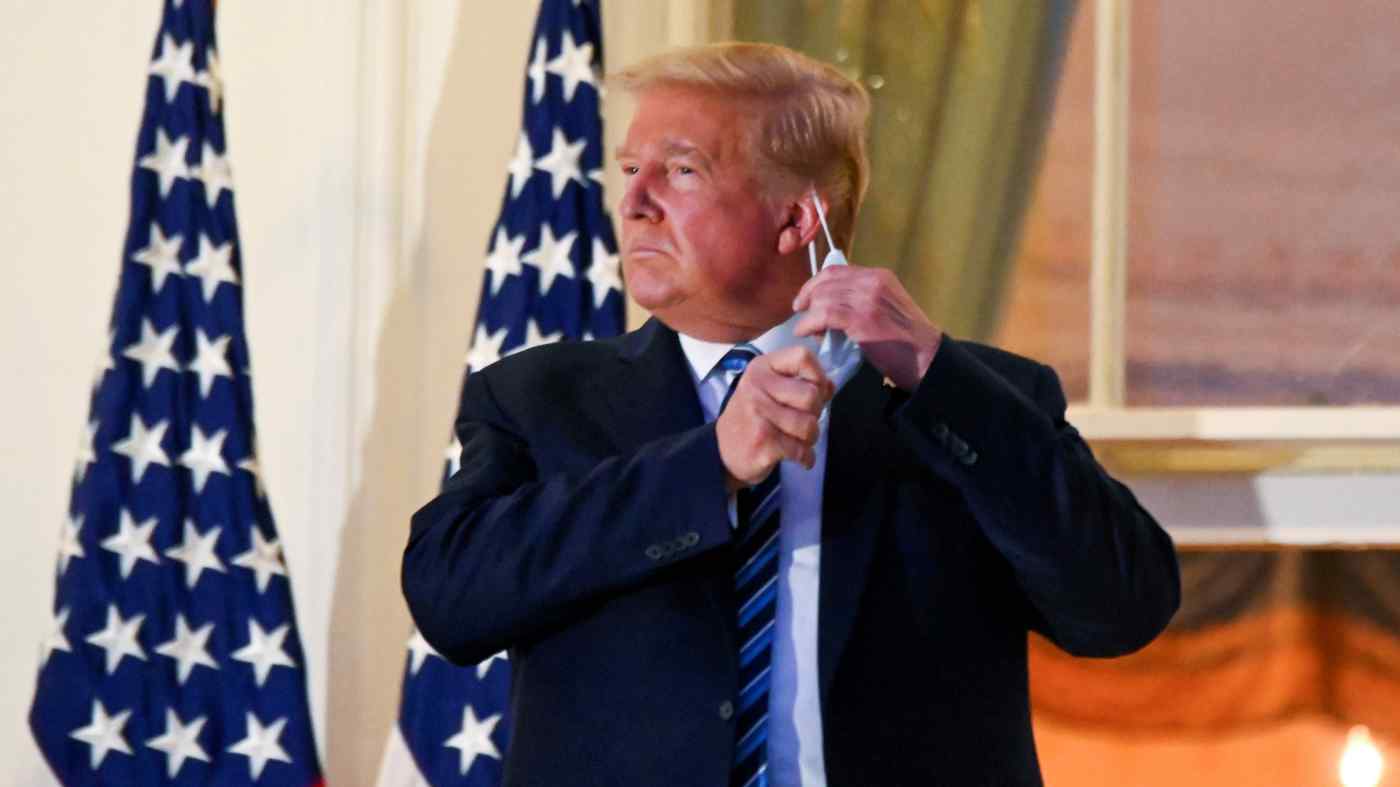 Developed with Roche, the treatment was administered to then-U.S. President Donald Trump when he contracted COVID-19 last year. It received an emergency use authorization from the U.S. Food and Drug Administration that November.

"This is a big step forward," Japanese Health Minister Norihisa Tamura told reporters Monday. "The treatment will be administered mainly to hospitalized patients who are at risk of developing severe symptoms," he said.

Delivered via a one-time intravenous drip, the cocktail combines the monoclonal antibodies casirivimab and imdevimab, which bind to the surface of the virus to prevent its replication. It is intended for patients with underlying risks, such as chronic illness or obesity, with mild to moderate symptoms. It may be administered to both adults and children weighing 40 kg or more.

The treatment may also be effective against new versions of the coronavirus, such as the highly contagious delta variant first identified in India, according to the ministry.

Shipments to health care providers throughout Japan will begin Tuesday.

A clinical trial found that the cocktail reduced the risk of hospitalization or death by 70% in high-risk patients, according to Regeneron.

In addition, an Oxford University-sponsored trial on almost 10,000 patients found that it reduced mortality by a fifth and shortened hospitalizations by about four days among patients who previously had no coronavirus antibodies of their own.

"Treatments that have become available so far are generally intended for severe cases, so an approving an option for mild to moderate cases opens up more options for care," said Takeshi Urano, a professor on the medical faculty at Shimane University. Preventing milder cases from worsening would help alleviate pressure on health care providers as well.

Roche unit Chugai Pharmaceutical will be in charge of Japanese clinical trials and distribution of the cocktail, which will be manufactured overseas. Chugai had applied in June for special emergency approval, which is granted to certain treatments already in use abroad.

The Japanese government covers treatment costs for the coronavirus as a general rule, and the new cocktail will also be offered for free to patients. The government has signed a procurement deal with Chugai for the treatment for the rest of the year.

But some concerns remain. The antibody cocktail is reported to have worsened symptoms in patients ill enough to require high-flow oxygen and ventilators. Clinical trials also have not established its efficacy in patients who have been presenting symptoms for eight days or longer. The Japanese government will urge medical providers to administer the cocktail to qualifying patients as early as possible.

Three other treatments are now available for the coronavirus in Japan: Gilead Sciences' remdesivir, dexamethasone and Eli Lilly's baricitinib. All were originally developed for other illnesses, such as rheumatism.

While multiple studies have reported decreased mortality among patients receiving remdesivir, a clinical trial by the World Health Organization did not find that the drug improved survival. The body issued a conditional recommendation against the use of remdesivir in hospitalized patients.

Japanese treatment guidelines warn that remdesivir may not be effective in severe cases. But it is considered an effective option for moderate cases, and Japan expanded its indications to patients with pneumonia in January.

Meanwhile, certain hospitalized patients receiving baricitinib and remdesivir recovered in 10 days, as opposed to 18 with remdesivir alone, an eight-country study published in March. Dexamethasone is said to lower mortality in severe COVID-19 cases.