Treatment could be available as early as mid-May TOKYO -- Japan aims to approve remdesivir as a treatment for the coronavirus in as little as a week, the health minister said Saturday, as Tokyo asked the U.S. to ensure it receives adequate supplies of the drug.

The moves follow emergency U.S. approval of remdesivir, developed by Gilead Sciences, on Friday. Japan's expedited authorization procedures allow reporting of domestic clinical trials to be postponed to a later date, meaning the antiviral drug could be approved by mid-May.

"Gilead Sciences will file for approval [in Japan] within days," Health Minister Katsunobu Kato said at a news conference. "I issued a directive so we will be able to approve it within a week or so."

The streamlined process is allowed in cases where a drug has been approved for use overseas.

Remdesivir, originally developed as a treatment for Ebola by U.S. drugmaker Gilead, has gained global attention as a candidate treatment for people with severe COVID-19 symptoms. 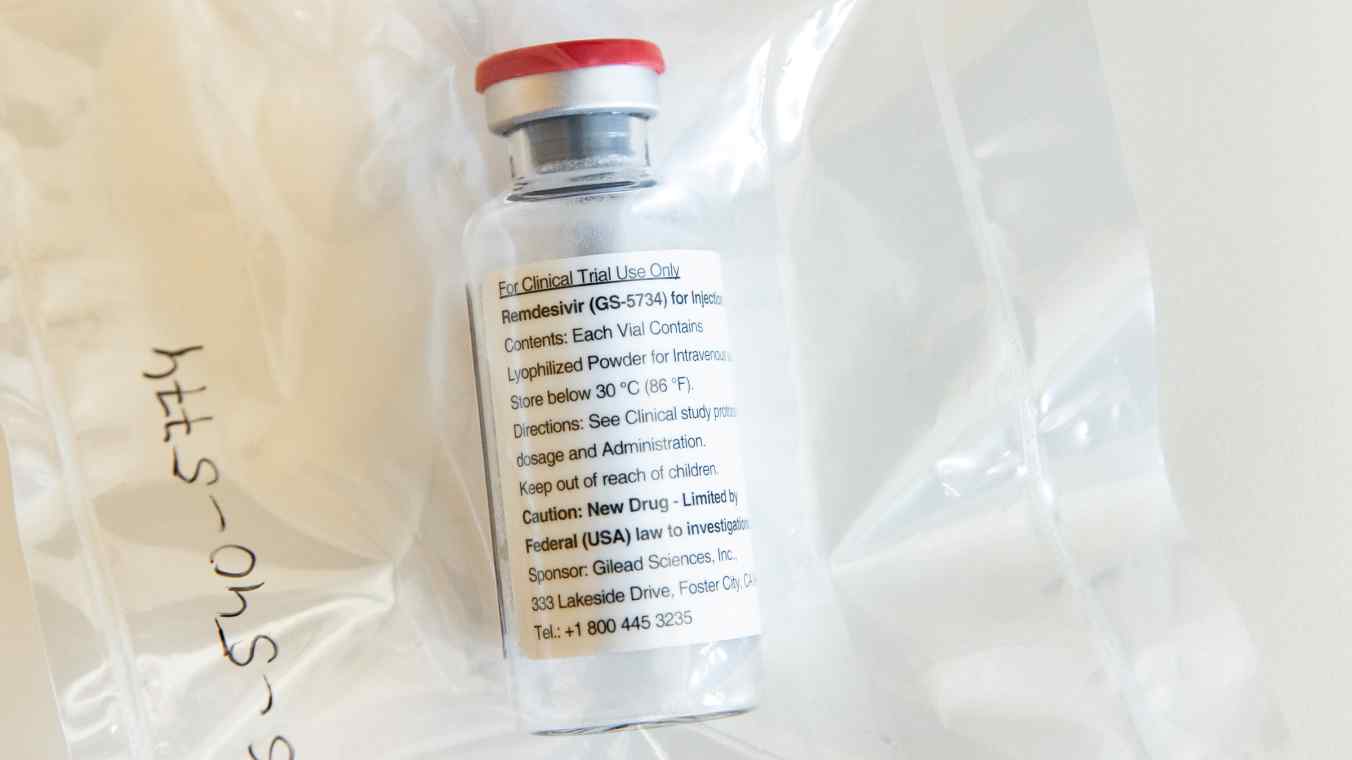 Tokyo has asked Washington for a steady supply of remdesivir. There are concerns in the government over supplies, and that the U.S. may lack sufficient capacity to ensure Japan gets the medicine it needs. The government hopes to work with its counterparts in Washington to smooth procurement.

According to Japanese officials, the two countries have discussed ways to secure the drug ahead of the drug's approval in Japan. So far, there has been no clear response from the U.S. Some officials have expressed concern that even if remdesivir is approved, most of the drug will go to the U.S., slowing delivery of the antiviral to Japan.