Country on pace for fewest newborns in 120 years, projections show 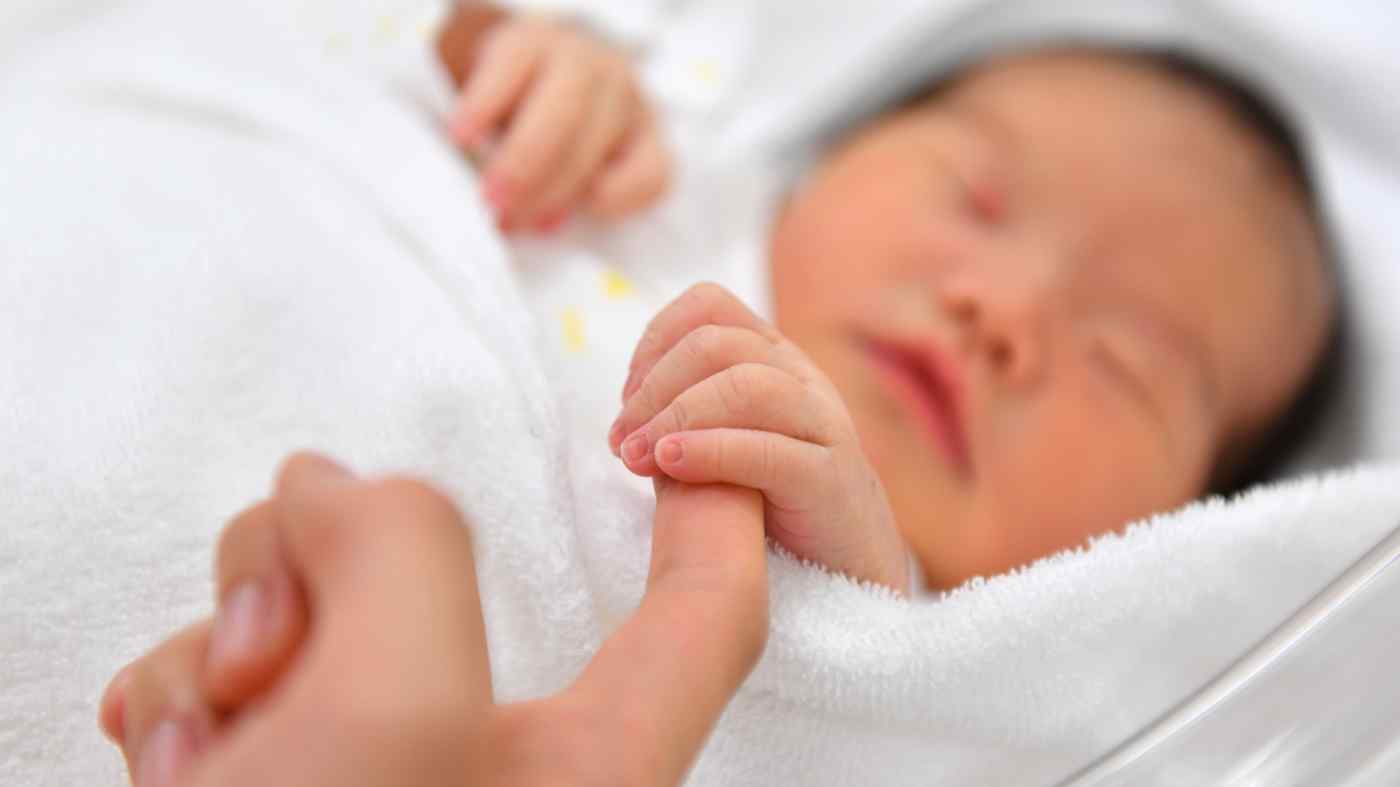 TOKYO -- Total births in Japan fell 4.7% in the year through March to just over 850,000, according to new data published Tuesday by the health ministry, as uncertainty over the coronavirus accelerates the country's demographic crunch.

Japan saw 853,214 births in that 12-month period as people held off on marriage and children amid the pandemic. This trend could push Japan's births under the 800,000 mark as early as this year in a grim milestone in the nation's rapid population aging.

Babies born in Japan in January-March fell 9.2% on the year to 192,977, according to a report by the Ministry of Health, Labor and Welfare. Most of these babies would have been conceived after the coronavirus pandemic became widespread in Japan last year.

Regions that were hit early in the pandemic logged some of the greatest declines, with births in Tokyo falling 14.1% and in Osaka and Kyoto prefectures by over 9%.

Though births in Japan have been trending down for years, concerns over the coronavirus' effect on pregnancies, as well as restrictions on who can enter delivery rooms, are believed to have exacerbated the decline. About 30% of mothers who were planning to get pregnant again before the pandemic decided to delay their plans or to give up as the virus spread, according to Baby Calendar, an informational website aimed at parents.

Key indicators point to a continued decline in births in 2021. The number of new marriages, which remains closely linked to pregnancies in Japan, dropped 16.1% in the fiscal year through March.

New pregnancies reported in August-October, which largely corresponds to births in May and beyond, also fell 4.6% on the year to 215,417, according to the health ministry.

In light of these trends, many expect Japan to record fewer than 800,000 births this year for the first time since 1899, when Japan began tracking comparable data. Based on reported pregnancies and other figures, Takuya Hoshino at Dai-ichi Life Research Institute projects Japan's births to drop to 769,000 this year.

A 2017 estimate by the National Institute of Population and Social Security Research had placed the 2021 figure at 869,000, and did not expect Japan to fall under the 800,000 mark for roughly another decade. Crossing this threshold this year would equate to a more than 8% decline in births, the greatest drop since the 25% plunge in 1966, when superstitious parents sought to save their would-be children from a curse believed to occur every 60 years.

Whether birthrates recover following the pandemic is unclear. Births jumped 14% in 1920 following the Spanish flu. But the average woman's age at first marriage has since risen to 29.6 in 2019 from 23.2, and the total fertility rate has also fallen drastically.

On the other hand, work-from-home options popularized during the pandemic have allowed Japanese men to contribute more to chores and child rearing.

"There's a possibility that this could contribute to a recovery in births moving forward," said Hisashi Yamada, vice chairman of the Japan Research Institute. Encouraging societal and policy shifts that allow more prospective parents to have children will be key to stemming the decline in births.