All entered country from late November to early this month: government official 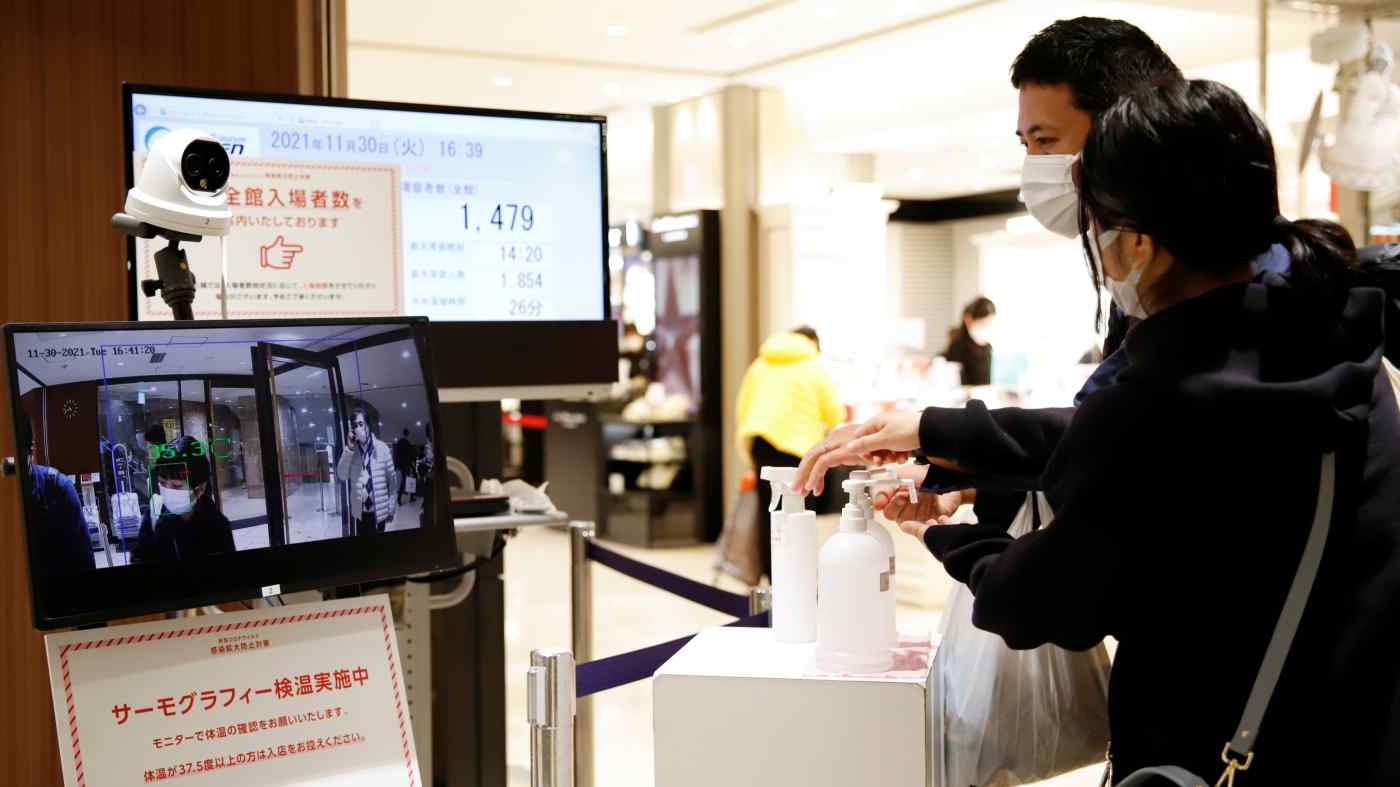 People disinfect their hands at the entrance of a Tokyo department store on Nov. 30, after Japan closed its borders to prevent the spread of the omicron variant of the coronavirus.   © Reuters
December 10, 2021 17:54 JST | Japan
CopyCopied

TOKYO (Kyodo) -- Japan has confirmed eight more cases of the omicron variant of the coronavirus, the government said Friday, bringing the total number of infections from the new strain in the country to 12.

All eight entered Japan from late November to early this month, according to a government official.

Deputy Chief Cabinet Secretary Seiji Kihara said two of the eight people are close contacts of the first case of the variant confirmed in Japan -- a person who arrived from Namibia late last month -- while declining to give further details.

Japan announced its first case of the new variant on Nov. 30.

The World Health Organization has warned the omicron variant, which has been confirmed in many other parts of the world, could be more transmissible than previous strains of the virus or be able to evade immunity provided by vaccines.