Woman arriving from U.S. tested positive for strain at Narita 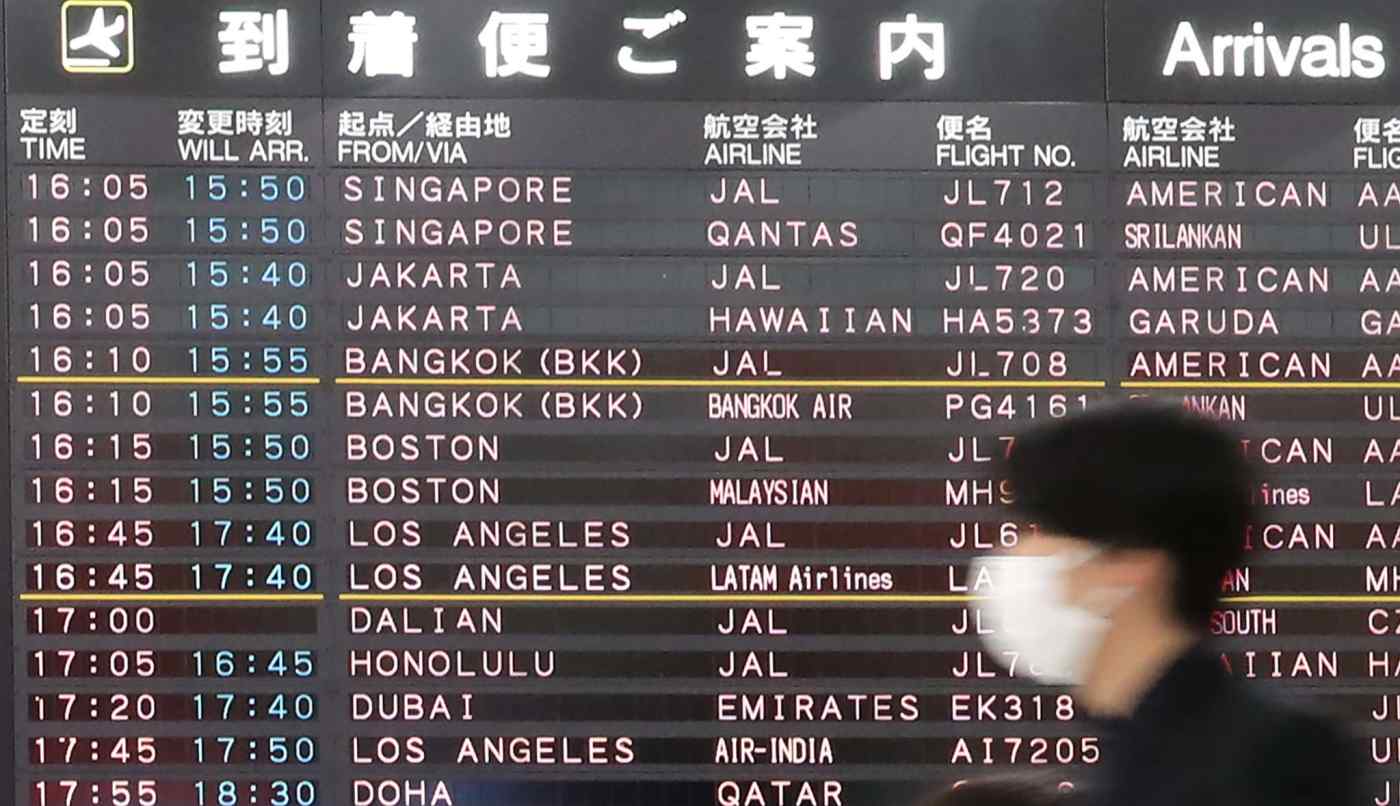 TOKYO (Kyodo) -- Japan has confirmed its first case of the omicron XE derivative strain of the novel coronavirus in a woman upon arrival at Narita airport near Tokyo, the health ministry said Monday.

The woman in her 30s, who has stayed in the United States and showed no symptoms, arrived at the airport on March 26, the Ministry of Health, Labor and Welfare said, without specifying her nationality.

The woman has received two shots of vaccine developed by Pfizer, but she tested positive on arrival for the virus.

The XE strain was detected through genetic sequencing tests taken using samples from the woman at the National Institute of Infectious Diseases.

She was treated at a facility for infected individuals before being released once her quarantine period ended.

The strain is said to be a combination of the BA.1 and BA.2 subtypes of the omicron variant. One report says its infection rate is 12.6 percent faster than BA.2, although details on its severity are unknown.

The subvariant's basic properties and the efficacy of drugs and vaccines against it are considered to be the same as the BA.2 type.

The institute said two other samples taken from quarantined airport arrivals appeared to be mixtures of the genetic material of the omicron variant, but their type could not be specified.

Around 1,100 cases of the XE variant had been confirmed in Britain as of April 5, the institute said, although they accounted for less than 1 percent of infections in the country.

"It has not become the dominant strain in Britain, where it was detected earlier, and it is unlikely that it will spread rapidly in Japan," said Kazushi Motomura, director of the public health department at the Osaka Institute of Public Health.

"There is no need to be overly afraid at the moment," Motomura said. "We must continue implementing basic measures to prevent infections, such as promoting additional vaccinations."