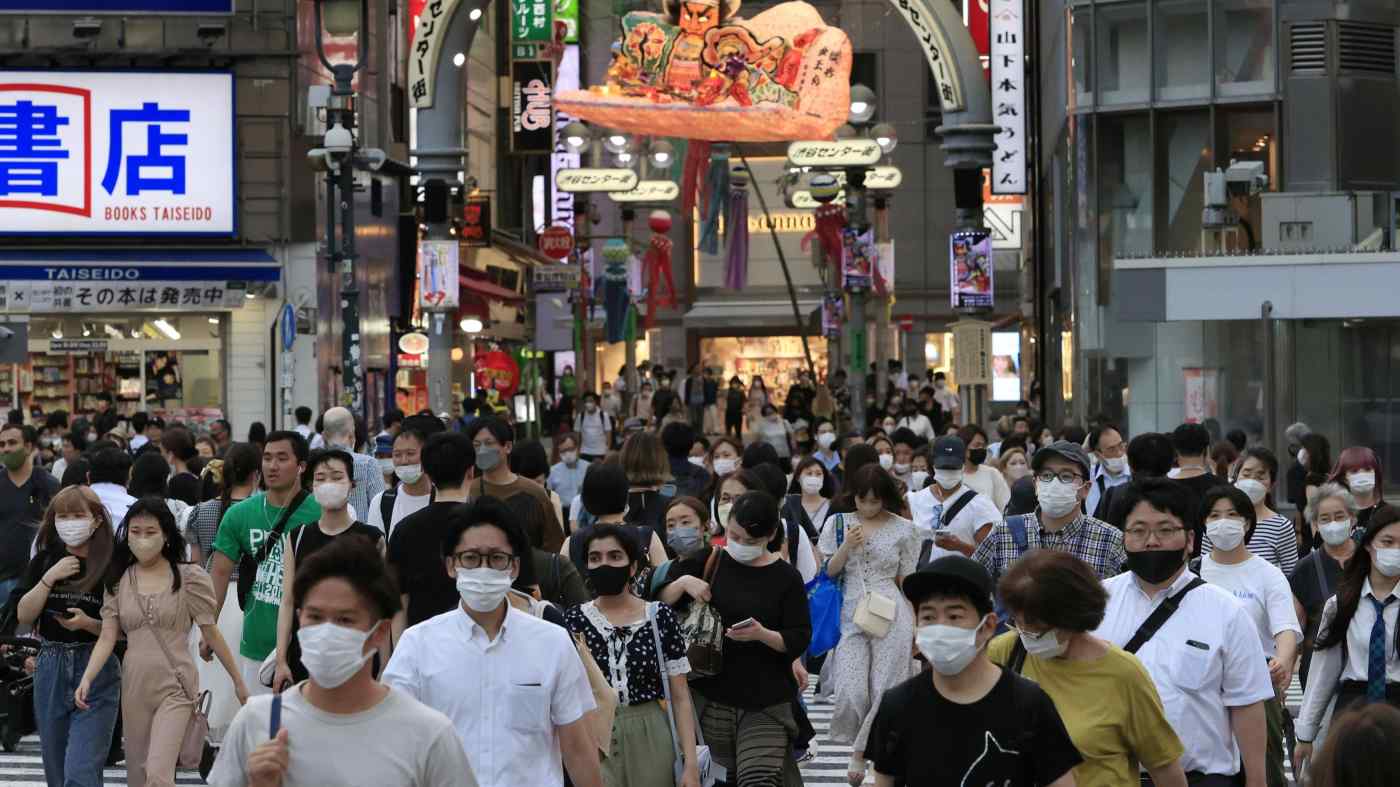 TOKYO (Kyodo) -- Japan reported 233,100 daily coronavirus cases on Thursday, hitting a record for the second consecutive day, raising concern about the strain on the medical system as the number of available designated hospital beds continues to decline.

Tokyo reported a record 40,406 infections, surpassing 40,000 for the first time as the country battles its seventh wave of the coronavirus pandemic driven by the highly transmissible BA.5 Omicron subvariant.

The logging of record infections in many areas came after the World Health Organization said Japan had reported the world's highest number of new cases in the week to Sunday with more than 969,000.

Tokyo's new all-time high, which exceeded its previous record of 34,995 reported on Friday, is believed to include around 5,000 to 6,000 cases from Wednesday that could not be logged due to a system error.

With the majority of infections among people in their 20s, the capital's seven-day rolling average of new cases stood at 31,318.1 per day, up 66.4% from the previous week.

As of Wednesday, occupancy rates for designated hospital beds stood at over 50% in 19 prefectures, a tally by the Cabinet Secretariat showed, more than double from a week earlier.

Saitama and Chiba prefectures neighboring the capital, as well as Hokkaido and Aichi, were among many other areas also reporting record infections Thursday.

At a National Governors Association summer meeting on Thursday, held in person for the first time in three years, Fukushima Gov. Masao Uchibori stressed the importance of "measures to stem the spread of the virus while balancing socioeconomic activities."

Nagasaki Gov. Kengo Oishi also said there was little need to curb activities such as tourism as "the risk is not significantly high."

WHO chief Tedros Adhanom Ghebreyesus told a news conference on Wednesday that the pandemic is far from over.

According to the U.N. organization, there were over 6.6 million new cases globally in the week to Sunday, up about 300,000 from the previous week.

After Japan, the United States reported the highest number of new infections at around 860,000, with Germany registering about 570,000.

The number of newly reported deaths stood at over 12,600, with the United States recording the highest number at around 2,600, followed by Brazil at about 1,400. Japan confirmed 272 deaths.

With the death toll climbing in recent weeks and some countries seeing increased hospitalizations, it is essential to vaccinate health care workers and the elderly, Tedros said.