PM Suga reiterates games will go ahead this year despite pandemic 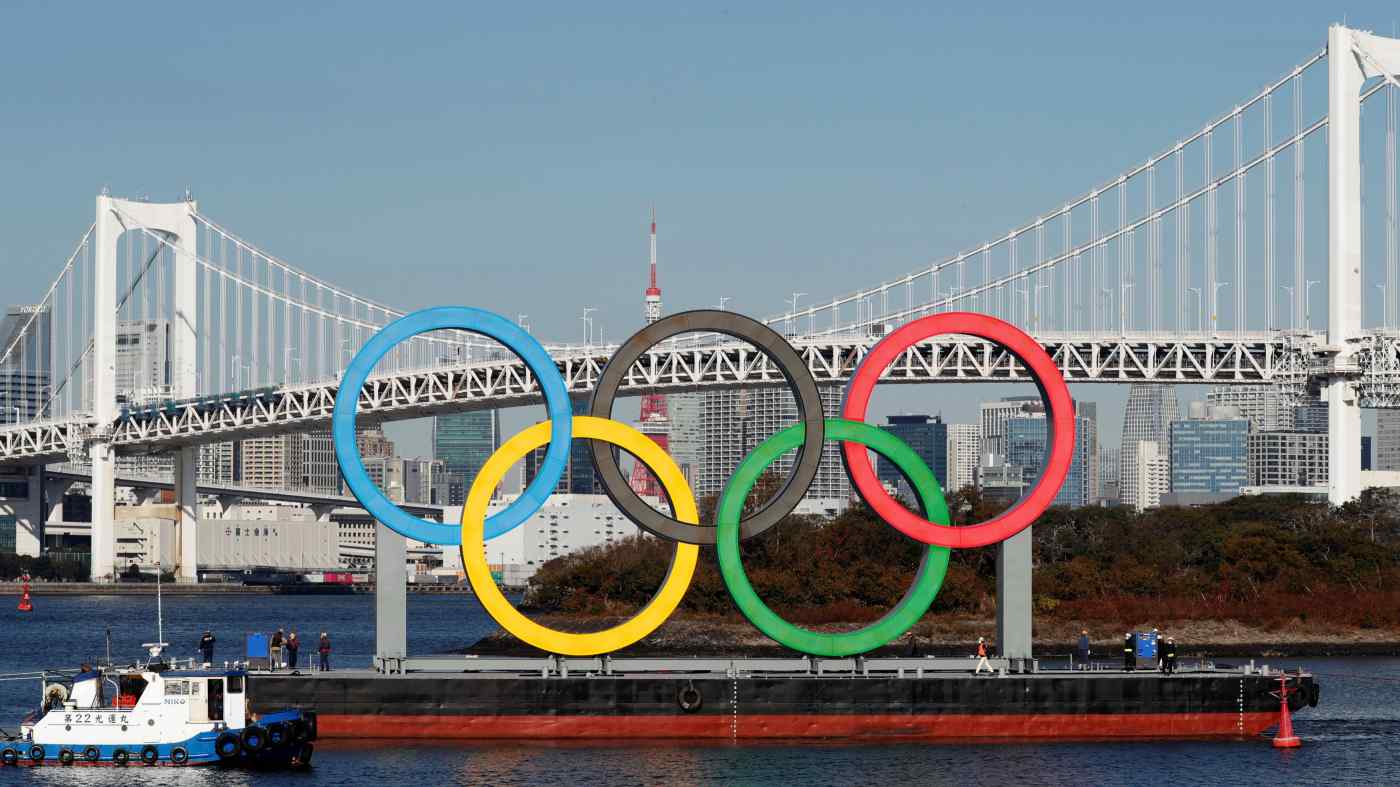 TOKYO (Reuters) -- Japan stood firm on Friday on its commitment to host the Tokyo Olympics this year and denied reports of a possible cancellation but the pledge looks unlikely to ease public concern about holding the event during a global pandemic.

Though much of Japan is under a state of emergency due to a third wave of COVID-19 infections, Tokyo Olympic organisers have vowed to press ahead with the re-scheduled Games, which are due to open on July 23 after being postponed for a year because of the coronavirus.

A government spokesman said there was "no truth" to a report in the Times newspaper that the government had privately concluded the Games would have to be cancelled because of the virus.

The Times, citing an unidentified senior member of the ruling coalition, said the government's focus was now on securing the Games for Tokyo in the next available year, 2032.

The governor of Tokyo, Yuriko Koike, said there had been no talk of cancelling or delaying the Olympics and a protest should be lodged over the Times report.

The Games organising committee also denied the report, saying in a statement its partners including the government and the International Olympic Committee (IOC) were "fully focused" on hosting the games as scheduled.

"It is very disappointing to see that the Times is developing such a tabloid-like story with an untrustworthy source," a source from the organising committee told Reuters.

"The national government is fully committed to delivering a safe and secure Games, and we are always encouraged by their dedications," the source said.

The Australian and U.S. Olympic Committees said they were preparing for the Games as planned.

"Unfortunately, I need to address unfounded rumours that the Tokyo Olympic Games will be cancelled, rumours that only create more anxiety for athletes," Matt Carroll, the chief executive of the Australian committee, told reporters in Sydney.

The Australian committee is run by the IOC's pointman for the Tokyo Games, John Coates.

The U.S. and Canadian committees wrote on Twitter they had not received any information suggesting the Games would not happen as planned.

Japan has been hit less severely by the pandemic than many other advanced economies but a recent surge in cases has forced it to close its borders to non-resident foreigners and declare a state of emergency in the Tokyo and other cities.

Tokyo reported new daily coronavirus cases of more than 1,000 for nine straight days through Thursday and set a single-day record of more than 2,400 infections earlier this month. The death toll from the respiratory disease stands at nearly 4,900 people in Japan.

There are public fears that an influx of athletes will spread the virus. About 80% of people in Japan do not want the Games to be held this summer, recent opinion polls show.

In an interview ahead of Friday's report, Tokyo 2020 CEO Toshiro Muto said he was cautiously hopeful that successful COVID-19 vaccine campaigns could help ensure the safe staging of the world's largest sporting event.

The Olympic Games represents a major milestone for Japan and its premier, Yoshihide Suga, who has said the event would bring "hope and courage" to the world. Suga reiterated on Friday the Games would go ahead as planned.

IOC President Thomas Bach reaffirmed his commitment to holding the Games this year in an interview with Kyodo News on Thursday.

"We have at this moment, no reason whatsoever to believe that the Olympic Games in Tokyo will not open on the 23rd of July in the Olympic stadium in Tokyo," Bach said.