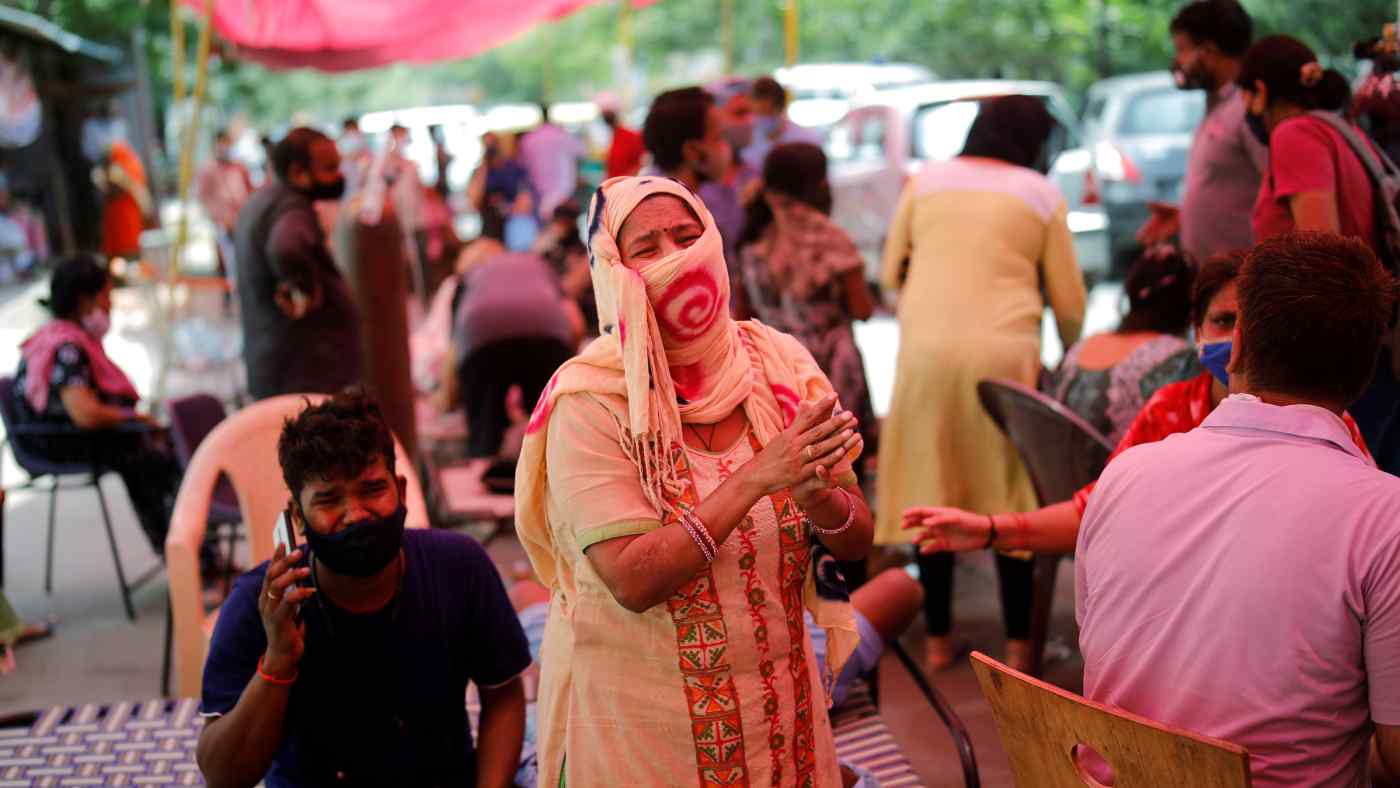 The wife of a man suffering from breathing problems pleads for oxygen support in Ghaziabad, India, on May 3. A potentially more virulent coronavirus variant has been found in India, where new COVID-19 cases are rising sharply.   © Reuters
YUJI OHIRA, Nikkei staff writerMay 4, 2021 04:35 JST | Japan
CopyCopied

TOKYO -- Shimadzu, the Japanese company known for measuring instruments, has developed what is thought to be Japan's first domestically made PCR testing reagents for the potentially more virulent COVID-19 variant detected in India, with plans for a release as early as June.

A step called nucleic acid extraction is eliminated, reducing the chances of error and halving the wait time to around an hour.

The new reagent detects the L452R mutation, which is found in the Indian and California variants and characterized by an alteration at amino acid position 452 in a protein of the virus.

Shimadzu is also set to become on Thursday one of the first Japanese companies to sell reagent kits detecting the N501Y mutation found in the U.K., South Africa and Brazil variants. The company has established a system for mass-producing the reagents, developed in March. This capacity allows for producing enough to cover 10,000 tests a month. Reagents for 100 tests will cost 230,000 yen ($2,110).

These reagent kits will be sold to epidemiology testing laboratories, not health care institutions, because samples that test positive are checked for the presence of any variants by testing labs. 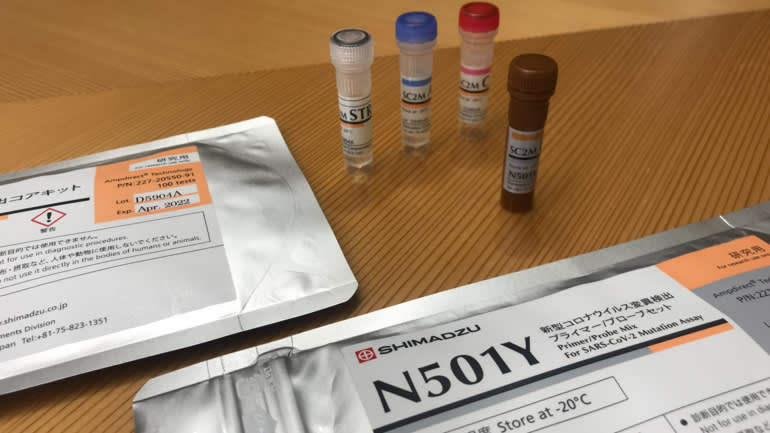 Shimadzu will bundle its core COVID-19 testing kit, which includes three types of reagents, with reagents for variants. (Photo by Yuji Ohira)

In Japan, Swiss company Roche offers reagents for variants. Domestic player Takara Bio says it will also put on the market in mid-May reagents that can detect both the E484K mutation -- reported to weaken immunity effects -- and the N501Y mutation.

The Japanese government has asked prefectural officials to screen 40% of samples for variants.