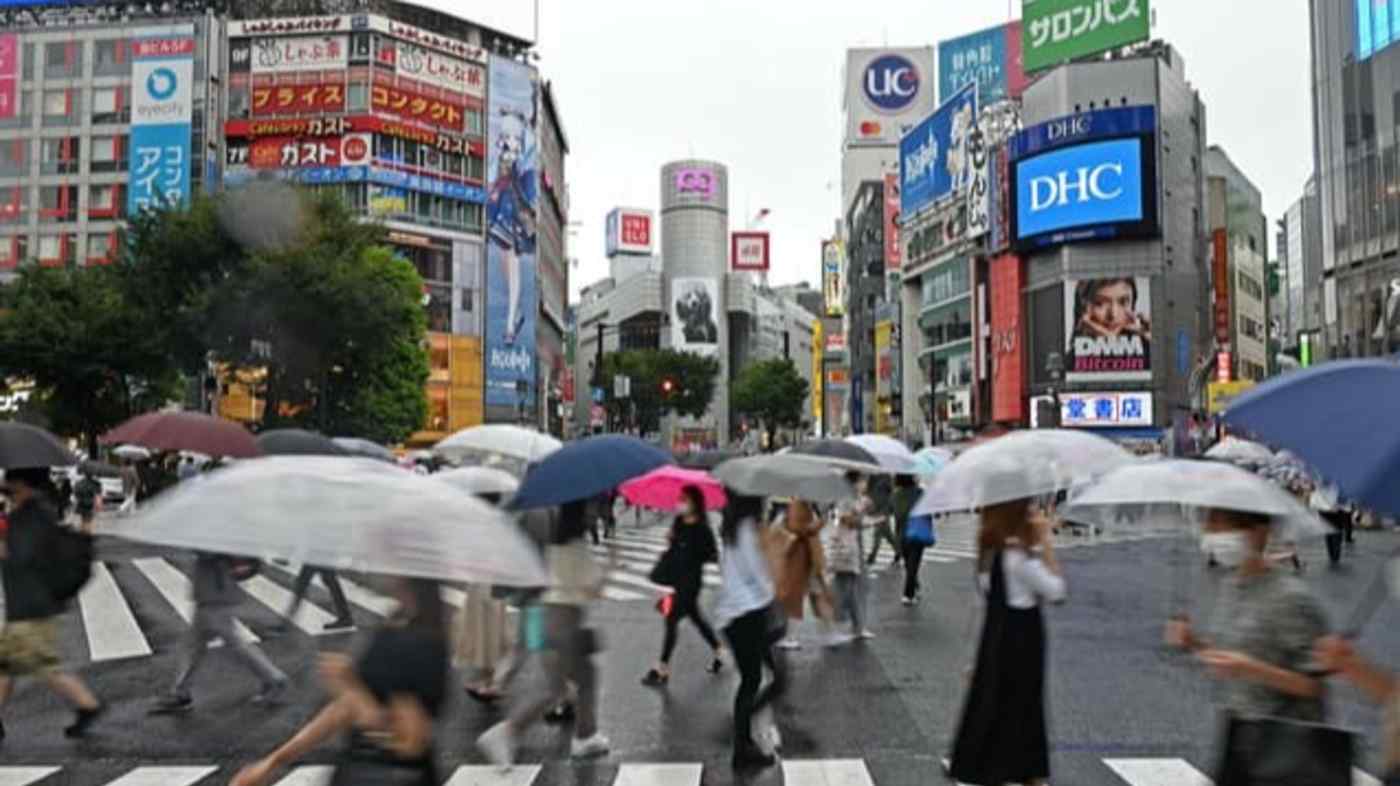 TOKYO (Kyodo) -- The Japanese government decided Tuesday to extend the COVID-19 state of emergency covering Tokyo and five other areas to Sept. 12, while expanding the measure to seven more prefectures as a resurgence of infections shows no signs of subsiding.

Prime Minister Yoshihide Suga announced the extension of the emergency beyond the previous end date of Aug. 31 and the addition of Ibaraki, Tochigi, Gunma, Shizuoka, Kyoto, Hyogo and Fukuoka on Friday, warning that the country is seeing an "unprecedented" rise in coronavirus cases nationwide due to the highly contagious Delta variant.

Suga said at a task force meeting that providing life-saving medical care is the government's "top priority" as hospitals come under increasing strain from a surge in patients with severe symptoms.

The seven prefectures are already under a quasi-state of emergency, which carries fewer restrictions on business activity, but will have their status upgraded from Friday through Sept. 12.

The extension means Tokyo will host the Paralympics, taking place from Aug. 24 to Sept. 5, entirely under the state of emergency. Organizers agreed the previous day to hold the games with almost no spectators, much like the just-ended Olympics.

The virus emergency will cover a total of 13 prefectures, with an additional 10 to be newly placed under the quasi-state of emergency, which will also be effective from Friday through Sept. 12.

At a press conference late Tuesday, Suga played down the need to expand the state of emergency nationwide, saying he had discussed it with members of his Cabinet but decided some prefectures with fewer COVID-19 cases would come under excessive restrictions.

Yasutoshi Nishimura, minister in charge of Japan's coronavirus response, said hospitals are in an "extremely severe situation" especially in and around Tokyo, and that the new measures are needed to ensure the provision of medical care to those requiring it the most.

The move comes a day after the number of COVID-19 patients with serious symptoms hit 1,646, marking a record high for the fifth straight day, according to the health ministry. They include people in intensive care and those on respirators or life support.

The nationwide tally of new COVID-19 cases for Tuesday was 19,955, near the all-time single day peak, with Tokyo reporting 4,377 cases and eight deaths.

Under the state of emergency, restaurants and bars serving alcohol or offering karaoke are asked to shut, while those not serving liquor are requested to close at 8 p.m. under the threat of possible fines.

Many are not complying, however, as doing so may mean shuttering their business permanently without enough financial support from the government.

Apparently in an effort to address such concerns, Suga said the government will ready an additional 300 billion yen ($2.7 billion) in subsidies to support businesses struggling during the pandemic.

Meanwhile, commercial facilities with 1,000 or more square meters of floor space such as department stores and shopping malls will be asked to limit the number of customers allowed in at the same time, Nishimura said.

With large portions of the public no longer heeding requests to stay home, Shigeru Omi, an infectious disease expert who is the nation's top COVID-19 adviser, said members of an advisory panel for the government are calling for legislation enabling tougher restrictions on people's movements.

Suga agreed on the need to consider legal options to bolster the government's measures, while expressing doubt over the effectiveness of lockdowns that have been imposed in some other countries. He called on the public to reduce outings to crowded areas by 50 percent to curb the spread of infections.

The current state of emergency is the nation's fourth. It has already been extended once before for Tokyo and was earlier expanded to include Kanagawa, Chiba, Saitama and Osaka. The southern island prefecture of Okinawa has been under the measure since late May.

Suga is under mounting pressure as infections have surged ahead of a leadership race within the ruling Liberal Democratic Party and an upcoming general election. His term as the LDP leader expires at the end of September.

The approval rating for his Cabinet fell to a record-low 31.8 percent since its launch last September, according to a Kyodo News poll conducted over the three days through Monday, down 4.1 points from the previous month. Nearly two-thirds of the 1,067 respondents said they want him out as prime minister.

The quasi-state of emergency, under which restaurants and bars in areas designated by governors are similarly requested to cut opening hours and suspend serving alcohol, is now set to cover 16 prefectures.

The 10 prefectures to be newly added are Miyagi, Yamanashi, Toyama, Gifu, Mie, Okayama, Hiroshima, Kagawa, Ehime and Kagoshima. The six areas already under the measure are Hokkaido, Fukushima, Ishikawa, Aichi, Shiga and Kumamoto.