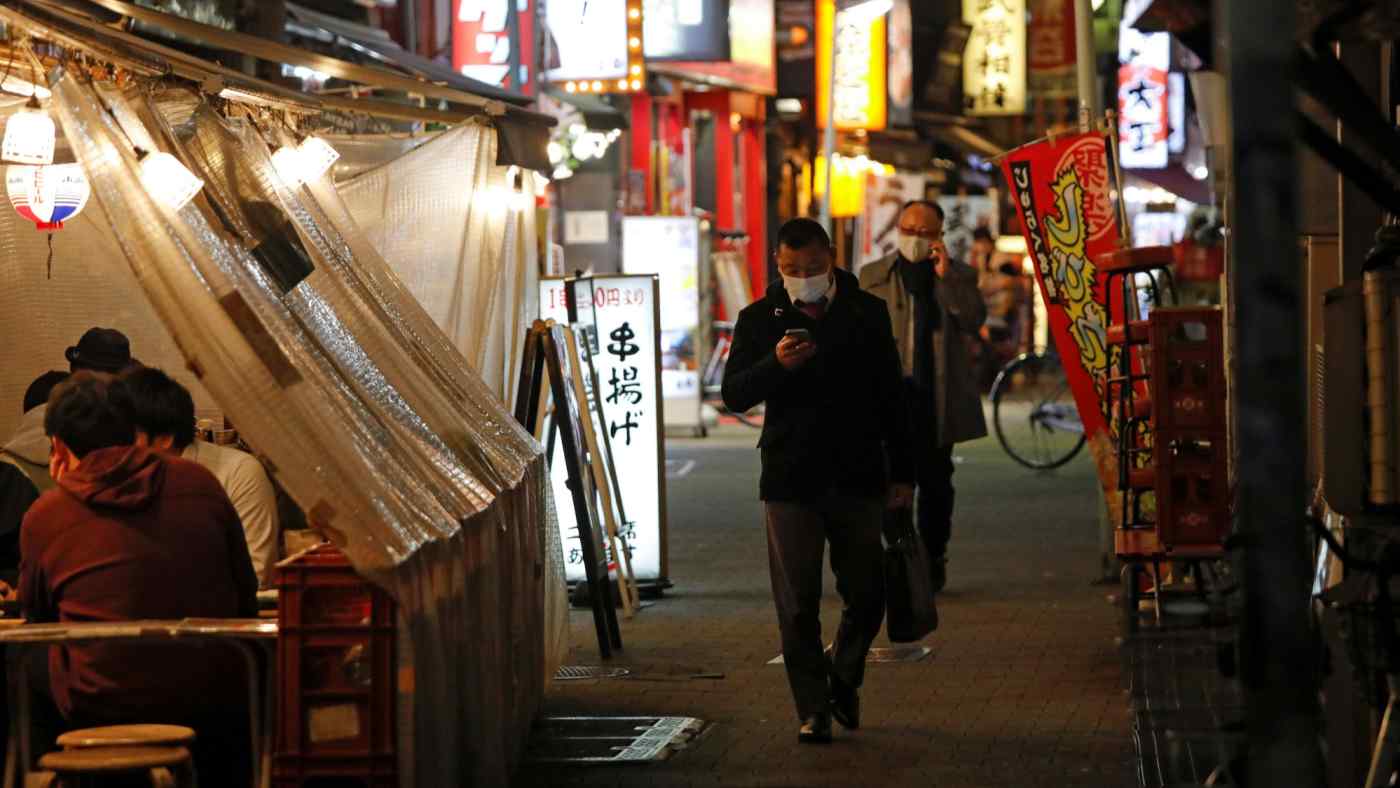 TOKYO -- The state of emergency expected to be declared Thursday for Tokyo and neighboring areas is likely to last for some time based on the Japanese government's criteria for ending its decree.

The planned emergency covering Tokyo and the prefectures of Kanagawa, Saitama and Chiba will be lifted in any given area as its coronavirus outbreak drops below the most severe level in Japan's four-stage scale. That scale is based on six indicators including hospital bed capacity, test positivity rates and cases without a traceable route of transmission.

Japan expects the decree, which will help local authorities restrict economic and social activity, to last about a month. But bringing the outbreak under sufficient control may take longer in Tokyo, where new cases have skyrocketed.

The most important yardstick for the government is weekly cases per 100,000 people -- a figure that the public can intuitively understand. A similar indicator played a key role in decisions on ending Japan's state of emergency last spring.

The threshold for Stage 4 is 25 cases per 100,000, and Japan does not intend to lift the emergency until cases fall below that level. Tokyo had 46 new infections per 100,000 in the week through Monday, while Kanagawa Prefecture had 33.

Saitama and Chiba currently meet this criterion, with just under 24 each, but the government remains concerned about spread from the capital.

In Tokyo, 25 cases per 100,000 people per week equates to an average of around 500 infections a day. The prefecture reported 1,278 new infections on Tuesday alone. Slashing average daily tallies by well over half for a full week will be no easy task, meaning that Tokyo is likely to lag behind its neighbors.