Formal consent for use in the country expected to follow soon 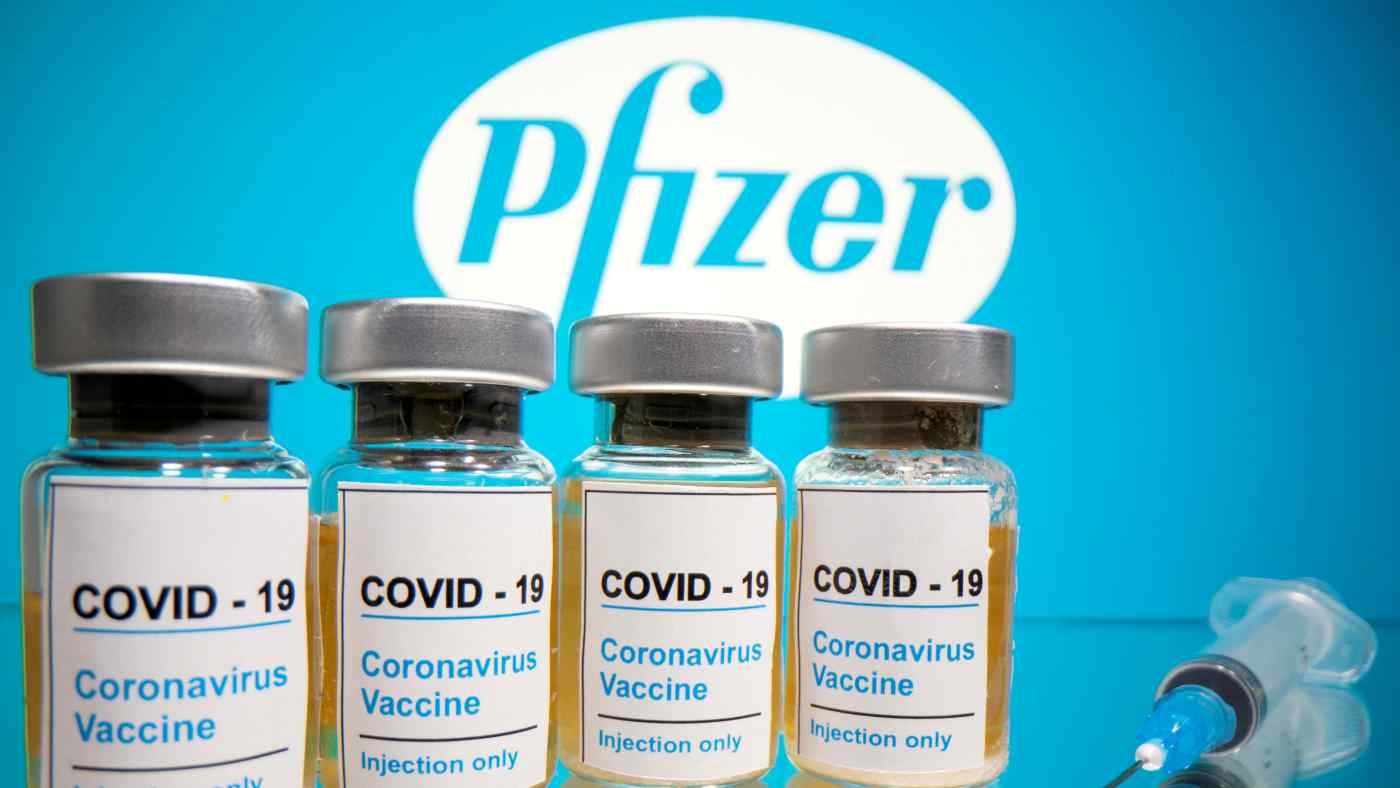 TOKYO (Kyodo) -- A health ministry panel on Friday greenlit the coronavirus vaccine developed by U.S. pharmaceutical giant Pfizer Inc. to become the first approved for use in Japan, officials said, as the first batch of doses arrived in the country.

Speeding up administrative procedures, the government is considering starting vaccinations on Wednesday for around 20,000 doctors and nurses who have consented to receive the shots.

The first batch of some 400,000 doses arrived at Narita airport to the east of Tokyo at around 10:20 a.m. on an All Nippon Airways Co. flight from Brussels.

It had been widely reported that the first doses would arrive from Belgium, where they were manufactured, on Sunday, while the Health, Labor and Welfare Ministry had initially planned to move ahead with formal approval on Monday.

Before the approval, the health ministry panel on Friday evening gave the go-ahead considering the vaccine, jointly developed by Pfizer and its German partner BioNTech SE, has already been administered in several countries, including the United States.

Health minister Norihisa Tamura said at a press conference earlier in the day that assuming the panel finds no issues with the vaccine, he will "immediately approve it so that inoculations can begin right away."

The roughly 20,000 doctors and nurses from 100 hospitals across the country getting the first shots are set to participate in a study aimed at tracking potential side effects and the frequency with which they occur.

An additional 3.7 million frontline health workers will begin being inoculated in mid-March, followed by people aged 65 and older from April at the earliest. People with pre-existing conditions and those working at elderly care facilities will be next, then finally the general population.

Pfizer and its German partner have conducted clinical trials on approximately 43,000 people abroad and found its vaccine is 95 percent effective. In Japan it conducted a trial involving about 160 people.

The government has agreements in place with Pfizer, AstraZeneca Plc and Moderna Inc. to receive more than enough doses to cover Japan's population of 126 million.

But tightening export controls by the European Union of Pfizer vaccines produced in the bloc make it unclear when and in what amount Japan will receive subsequent batches. Tokyo aims to secure needed supplies through negotiations with the union.

About 20,000 ultracold freezers are slated to be set up at medical facilities across Japan to store the Pfizer vaccine, which needs to be kept at a temperature of about minus 75 C. The AstraZeneca vaccine can be stored at 2 to 8 C, making it easier to handle, but is only around 70 percent effective.