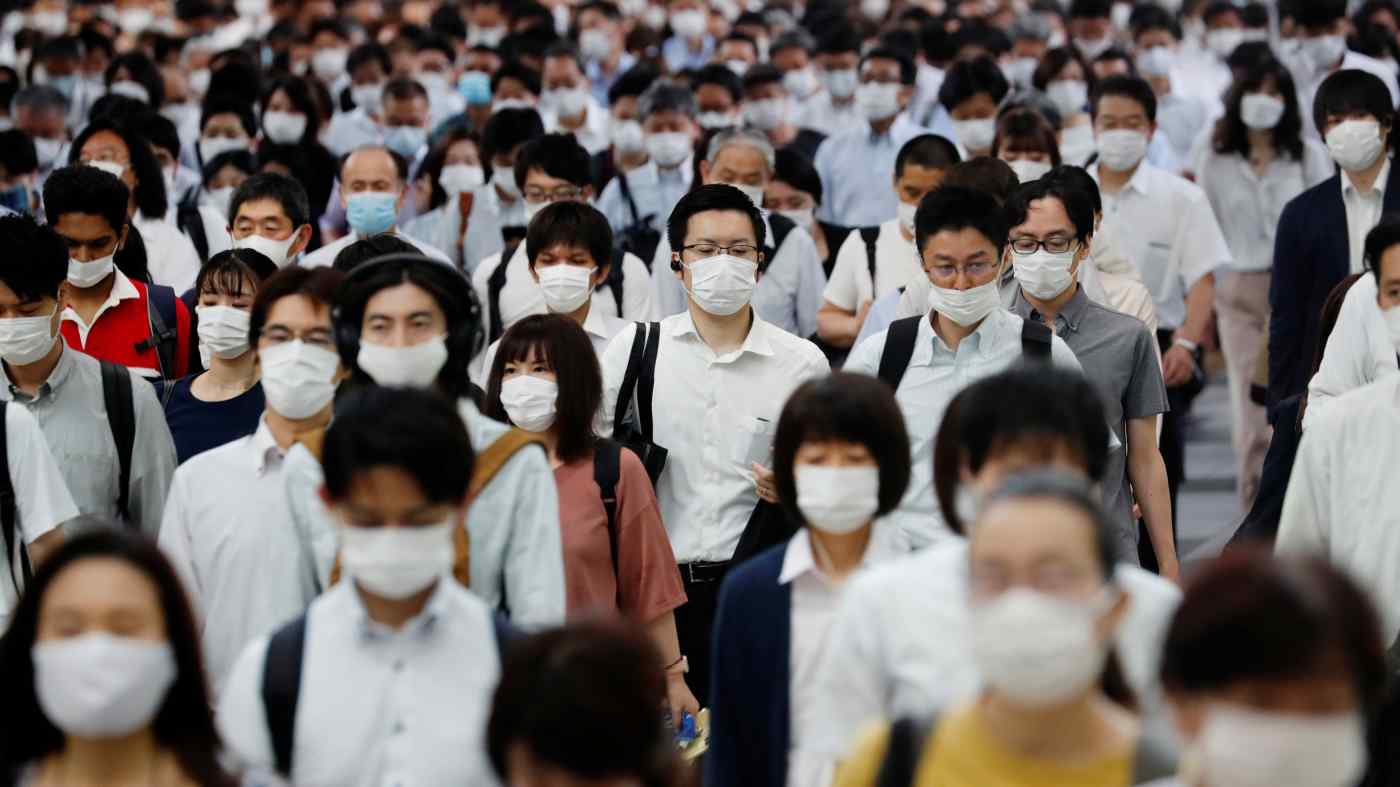 A crowd of commuters at a Tokyo railway station in early July. While five prefectures recorded a combined 138 excess deaths from January through April, Japan as a whole didn't experience any.   © Reuters
Nikkei staff writersJuly 31, 2020 12:23 JST | Japan
CopyCopied

TOKYO -- Japan's mortality rate for the first four months of the year shows no remarkable appreciation of deaths, with only a handful of prefectures recording more deaths than usual.

This rate contrasts with those compiled by Europe and the U.S., where deaths have increased far beyond the numbers of average years due to struggles with the novel coronavirus.

Five Japanese prefectures, however, registered a combined 138 excess deaths from January through April, according to a research group under the Ministry of Health, Labor and Welfare.

The group used two calculation methods, one deployed in Europe and the other in the U.S., to analyze Japan's weekly number of deaths for the period.

Under the European methodology, a total of 138 excess deaths were recorded in the prefectures of Tochigi, where there were 14 of these deaths; Saitama, 5; Chiba, 61; Tokyo, 55; and Tokushima, 3. The American calculation yielded 47 excess deaths in Chiba.

Nationwide, however, Japan posted fatalities at an average level for the four months, which means the country's fatality rate did not appreciably differ from the same period of an average year.

Although Japan is experiencing COVID-related deaths, their numbers are being offset by decreases in the number of deaths from other causes. In April, for example, Japan confirmed 391 corona deaths, but stay-at-home requests and other measures cut down on the numbers of fatal traffic accidents and suicides.