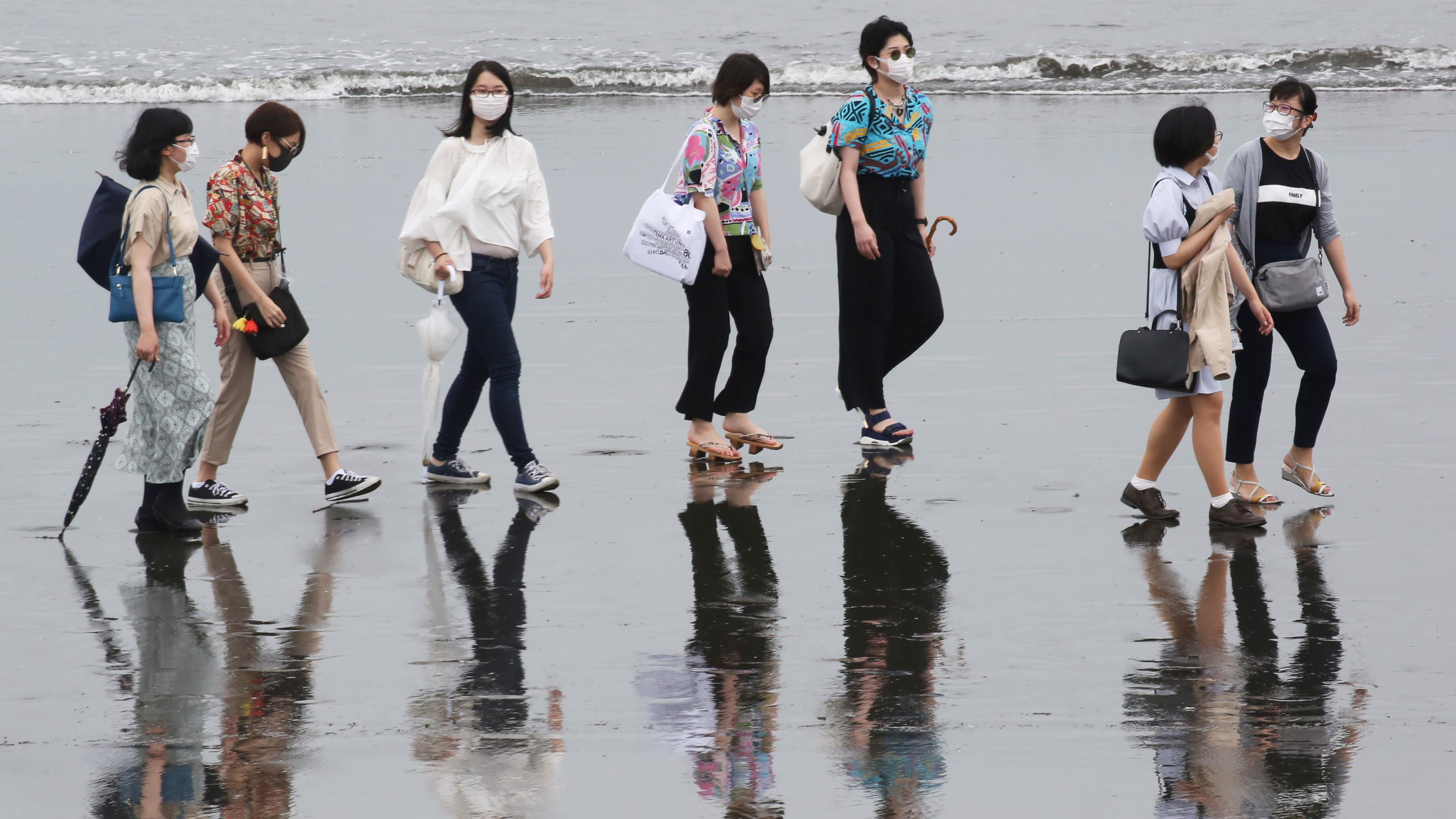 TOKYO -- As Japan enters the peak of its summer holiday season this weekend, people are moving around the country more, raising the risk of new COVID-19 infections, particularly among the elderly.

Many Japanese have been on vacation since last week, starting with the three-day weekend from Aug. 8-10. Others will take this weekend off for Bon, a Buddhist holiday during which people visit the graves of their ancestors. Tokyo residents often leave the city at this time of year to visit their families across the country.

In Tokyo, compared with the average between January and Aug. 10, the number of people present in Tokyo fell by 2%, or 300,000 people over the three-day weekend, based on calculations by the Tokyo Metropolitan Government using smartphone location data. This is a much smaller decline than during the New Year holiday, when the resident population fell by 19%, but still indicates many people were travelling.

As Tokyo's new daily coronavirus infections hit 389 on Friday, Tokyo Gov. Yuriko Koike held a news conference, saying, "I repeat that this summer is different from other years and is special." She urged residents to stay in their neighborhoods.

Four deaths were attributed to COVID-19 on Thursday in Japan, well below the peak of 91 in April, according to the World Health Organization. The relatively small number of patients with severe symptoms has allowed the authorities to avoid imposing a new state of emergency, but fears are rising as infections spread to older people across the country.

An expert panel on Thursday reported that "the infection has spread to all areas and age groups in Tokyo." Those over age 40 who tested positive for the virus reached 742 between Aug. 4 and Aug. 10, up 8% from the previous week.

Infections have also spread to smaller cities and rural areas, where much of the population is elderly. Across Japan, traffic has been rising since the state of emergency was lifted in May, Apple mobility data shows. Use of public transport had jumped about 40% as of Tuesday, compared with the baseline in January. 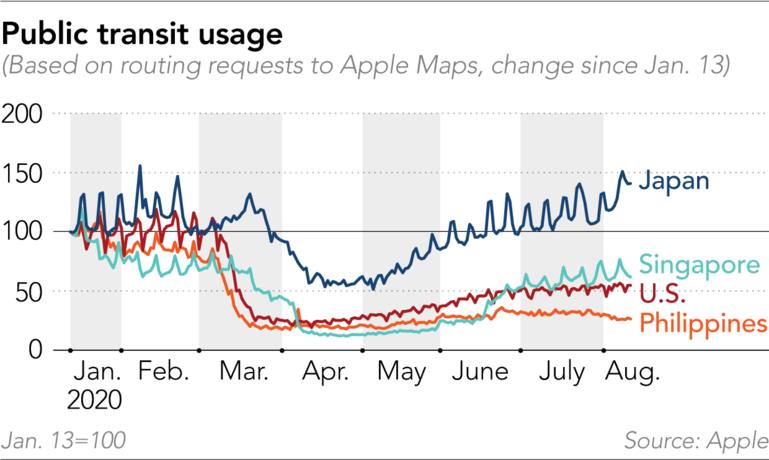 Tokushima Prefecture, for example, confirmed 11 new coronavirus cases on Friday. Except for one student, the others infected were in their 70s, 80s and 90s. The prefecture confirmed a second infection cluster in a nursing home. "We take this seriously because there are more risks of severe conditions from the novel coronavirus for old people," said Gov. Kamon Iizumi.

According to the health ministry, of the 13,712 patients currently being treated for COVID-19 in Japan, 203 were in severe condition as of Thursday. That number could rise quickly, putting pressure on medical services.

Meanwhile, some experts have suggested that many Japanese are already infected with COVID-19 or similar viruses, giving the population "herd immunity." On Thursday, Yasufumi Murakami, a professor of genomics at Tokyo University of Science, told reporters that 1.9% of volunteers in metropolitan Tokyo tested positive for the antibody test he developed. That is much higher than health ministry's positivity rate of 0.1% announced in June.

Murakami's research tested 362 samples from people ranging from 10 years old to their 80s between May and Aug. 4. He said that his test is 100% accurate when matched against PCR test results. A figure translates to about 260,000 infections, much higher than the 16,680 infections confirmed through PCR testing.