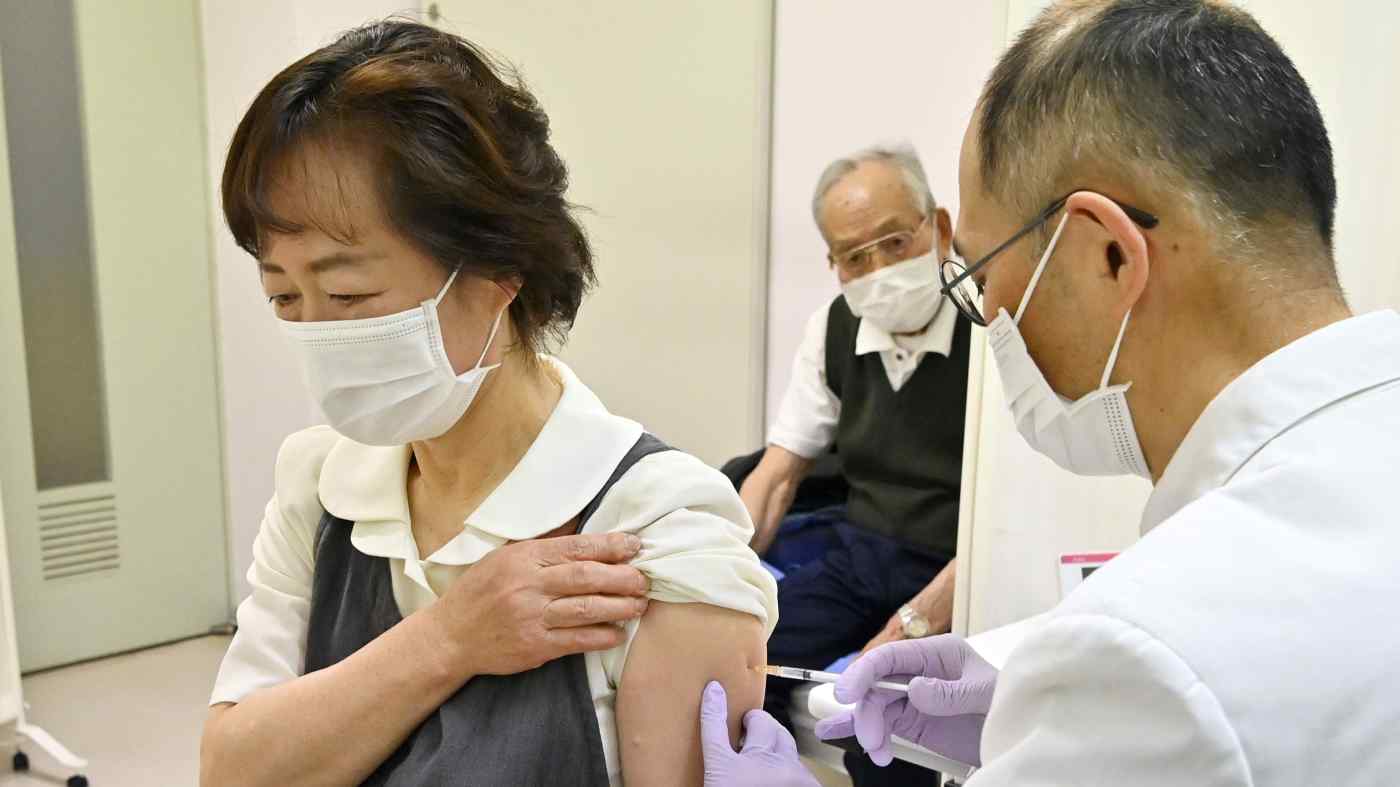 TOKYO -- Japan launched a much-anticipated COVID-19 vaccination drive on Monday that extends beyond health care workers, as the number of coronavirus cases is once again soaring.

The vaccination drive that now targets the elderly starts Monday and will cover Japan's 36 million people aged 65 and over.

The government said about 100,000 doses were to be delivered to municipalities during the week of April 5. By the end of June, authorities say they will have sent out enough doses to fully vaccinate the elderly with two shots.

Seniors are second on the priority list to receive COVID vaccines, after health care workers, who began receiving shots on Feb. 17. The next group in line will be those with chronic health conditions and those who work in nursing homes, followed by the general public.

Less than a month after the state of emergency was lifted in Tokyo, local authorities are calling for shortened business hours for restaurants and bars across Japan, including in Osaka Prefecture and Tokyo. For Japan's aging society, the risk of COVID-19 to the elderly has been a major concern because older people are more likely to experience severe symptoms. There have been many infection clusters reported in nursing homes.

According to the health ministry, 1.39 million doses have been administered so far, and 356,679 people had received their second dose by April 7. The vaccine rollout has lagged behind that of other countries such as the U.S., which had administered roughly 170 million doses, and the U.K., which had given out 37 million as of April 5, according to Our World in Data.

Japan is currently only using the Pfizer vaccine, which requires a second jab about three weeks after the first. The AstraZeneca and Moderna vaccines have yet to receive official approval.

Because supplies are limited, the launch date for the vaccination program varies from place to place. Local authorities have also come up with different ways to allocate the vaccines. Tokyo's Setagaya Ward, for example, prioritizes people living in nursing homes in hopes of preventing infection clusters. In Hachioji, western Tokyo, shots will be given on a first come, first served basis. Kasugai, a city in central Japan's Aichi Prefecture, will choose the first recipients by lottery. Toda, northwest of Tokyo, will put those over age 85 first in line.

Those who want vaccines must make their own appointments after receiving vaccination vouchers, and the shot is not mandatory. The program covers all residents of Japan, including foreign nationals.

Taro Kono, minister in charge of COVID vaccinations, told reporters on Tuesday that about 500,000 seniors are expected to be vaccinated over the Golden Week holiday around the beginning of May. "I will coordinate with Pfizer [to ensure] sufficient supplies," he said.

On top of securing the vaccine supply, there are concerns about a shortage of medical staff to carry out the vaccine drive. The government is considering loosening regulations to allow dentists to administer the shots.