Osaka and other cities join Tokyo in surge that threatens reopening 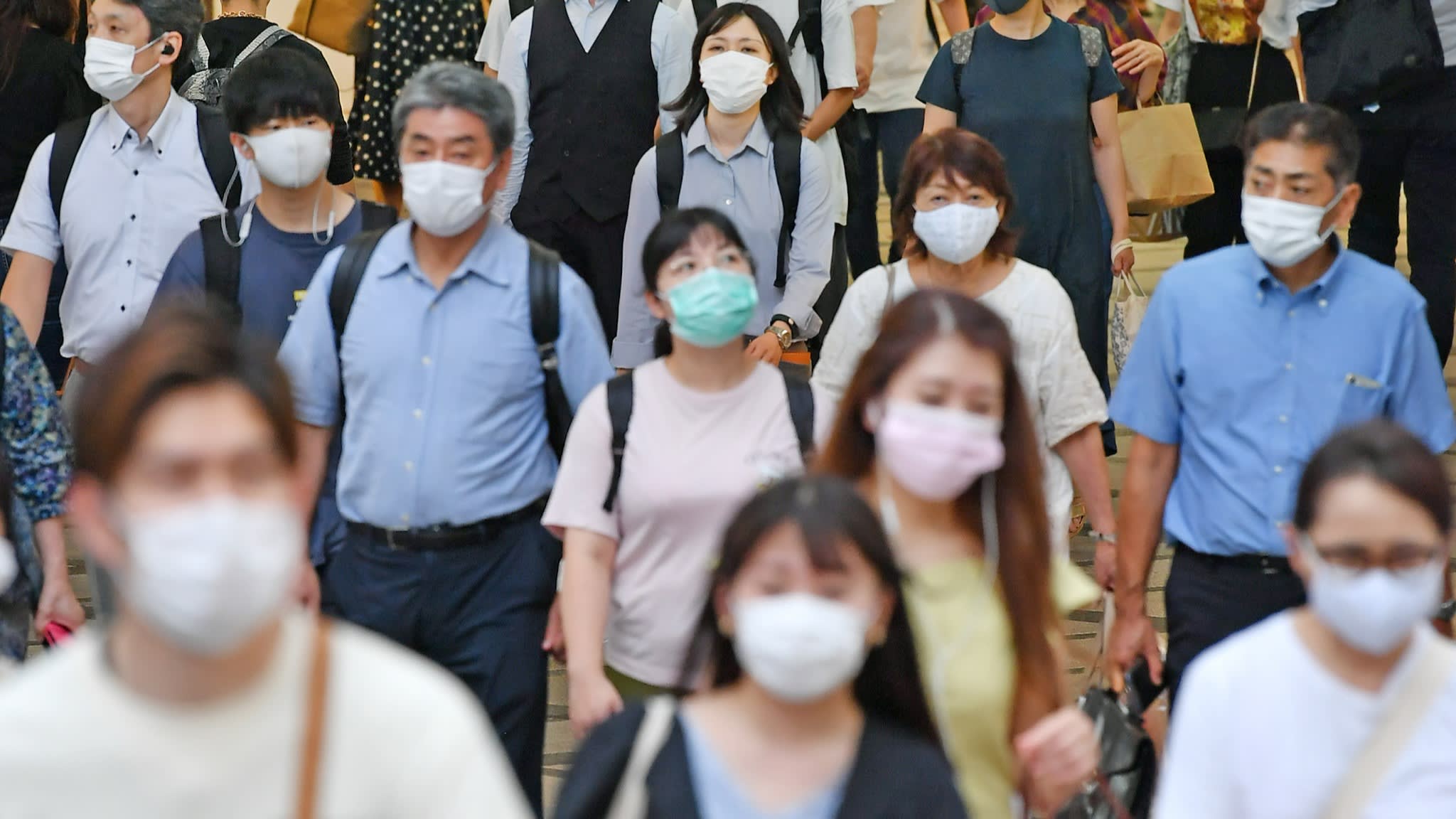 TOKYO -- Japan reported over 1,000 new coronavirus infections in a day for the first time on Wednesday, casting further doubt on the country's ability to curb surging cases and kick-start its economy.

The day's total stood at 1,237 nationwide as of 10 p.m. This brings Japan's total detected infections since the pandemic began to over 32,000. Iwate, the last COVID-19-free prefecture, reported its first two cases on Wednesday.

All of the country's 47 prefectures have now been touched by the virus, and new infections are rising faster than when the a state of emergency was declared more than three months ago.

"Anyone can contract the coronavirus," Iwate Gov. Takuya Tasso told a news conference. "I want everyone to stay calm and make an effort to prevent infection."

Osaka confirmed 221 while Aichi Prefecture -- which includes Nagoya -- posted 167, fresh highs for both prefectures. Tokyo reported 250 infections for the day. The capital has now recorded more than 100 daily cases for three weeks in a row. Kanagawa Prefecture, next to the capital, reported 70 while Hyogo and Kyoto, in the western region of Kansai, had over 40.

Back in early April, when the nation's daily infections hit 500, Prime Minister Shinzo Abe's government declared a state of emergency. Restaurants and other establishments were asked to temporarily close in a bid to control the spread of the virus. The emergency was fully lifted in May, after daily infections declined to around 20.

June, however, saw daily infections rise to around 100, and July's numbers have been worse.

Last Thursday, Tokyo recorded its biggest daily jump -- 366 infections. But a shift in the capital's proportion of overall cases shows the virus is gaining ground in other corners of the country.

Two weeks ago, Tokyo and its three neighboring prefectures accounted for 62% of daily infections. On Tuesday, the ratio was down to 39% as the numbers creep up in other urban areas like Aichi, Osaka and Fukuoka.

In big cities, more young people are being infected, while severe cases and the death toll remain low. But as infections and hospitalizations rise, there is a danger of a serious strain on the medical system.

The number of active coronavirus cases peaked in late April at around 10,300 before gradually declining through late June, hovering below 700 for about two months. But the total has soared recently as the virus has spread, topping 8,000 on Tuesday. The country had 81 serious cases as of Wednesday.

Osaka on Wednesday announced that it is considering asking restaurants in the downtown core to halt operations. Those that comply would be eligible for a subsidy of about 100,000 yen ($952), for a 10-day closure.