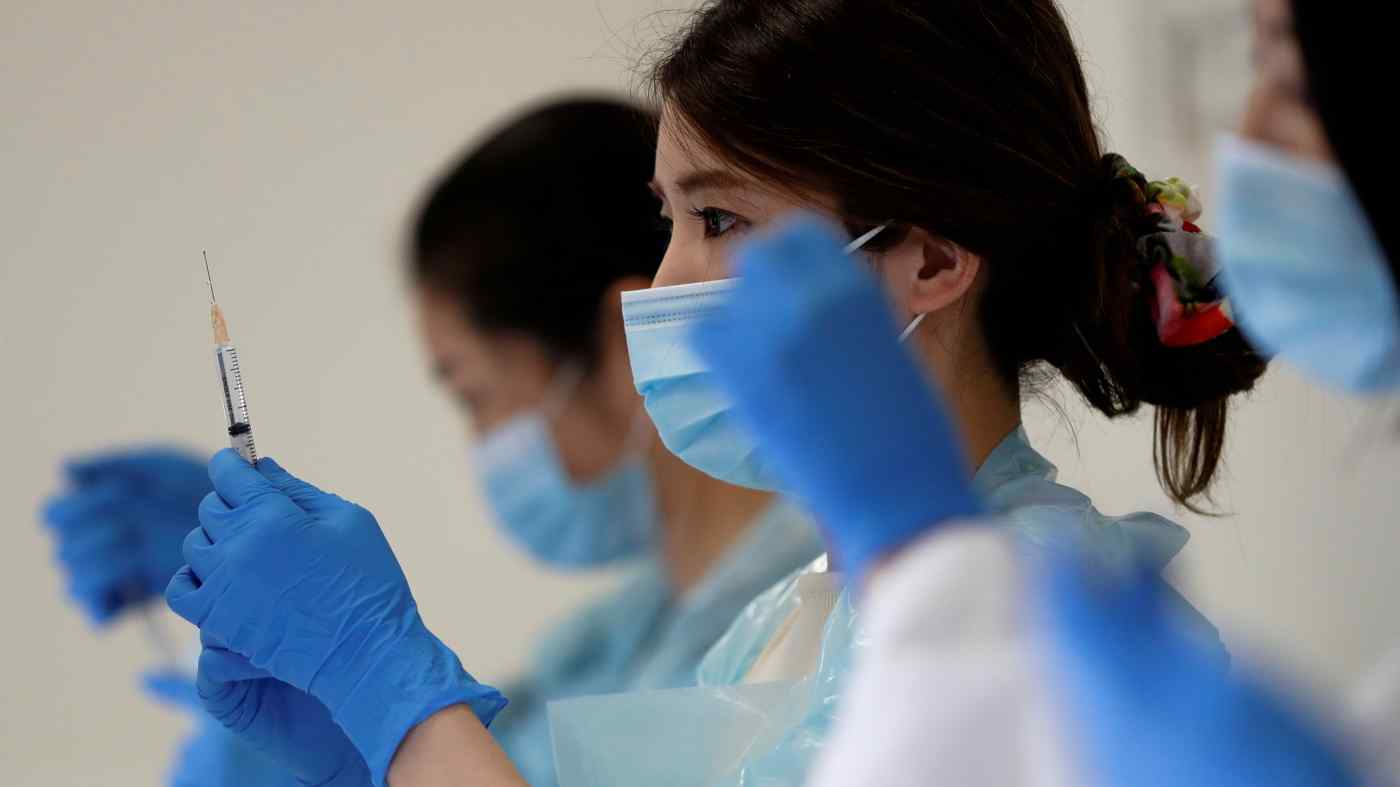 TOKYO -- Daiichi Sankyo plans to begin Phase 3 clinical trials for its coronavirus vaccine this autumn with the aim of bringing it to the public in 2022, finally pushing forward Japan's effort to locally develop COVID-19 shots.

A few other Japanese drugmakers are also making progress in vaccine development, including Shionogi, which says it would be able to supply enough doses for 60 million people a year if a reduced dose proves to be as effective as the previously proposed amount.

Since March, Daiichi Sankyo has been conducting a combined Phase 1 and 2 trial of its vaccine based on the same type of messenger RNA technology with a group of about 150 adults. A Phase 3 clinical trial will involve thousands of volunteers.

Typically in a Phase 3 study, half of participants receive the actual treatment and the rest get a placebo. But with the Pfizer and Moderna vaccines already available in Japan, a trial administering fake shots would raise ethical issues and turn volunteers away. So Daiichi Sankyo's next trial is expected to test non-inferiority, meaning that the goal is to show the company's new treatment matches or outperforms those made by Pfizer and Moderna -- also mRNA shots -- in terms of efficacy. Details of the study are being ironed out with the health ministry.

Domestic subsidiary Daiichi Sankyo Biotech plans to establish a structure for producing the vaccine by March 2022. Capacity will be determined based partly on the results of the trials.

Shionogi has been carrying out its trial since December. If its vaccine receives special conditional approval, the treatment may be rolled out before year-end, the company reckons. A factory in Gifu Prefecture is being updated to accommodate anticipated production.

At the next stage of studies, Shionogi will test whether a smaller-than-planned dose of its vaccine has the same efficacy. If such dose stretching is proved effective, the vaccine's capacity will jump to as many as 60 million people a year, or twice the number anticipated initially.

Shionogi is also readying large-scale Phase 3 trials in other markets such as Southeast Asia.

Japan has no homegrown COVID-19 vaccine approved, and the country depends on overseas versions. Besides Daiichi Sankyo and Shionogi, two more domestic companies are conducting trials: KM Biologics, a group company of food giant Meiji Holdings; and biotech venture AnGes. KM Biologics intends to file for approval around summer 2022, with plans for a structure by that spring to churn out 35 million doses in six months.