Prime minister asks people to wear masks when conversing, even during meals 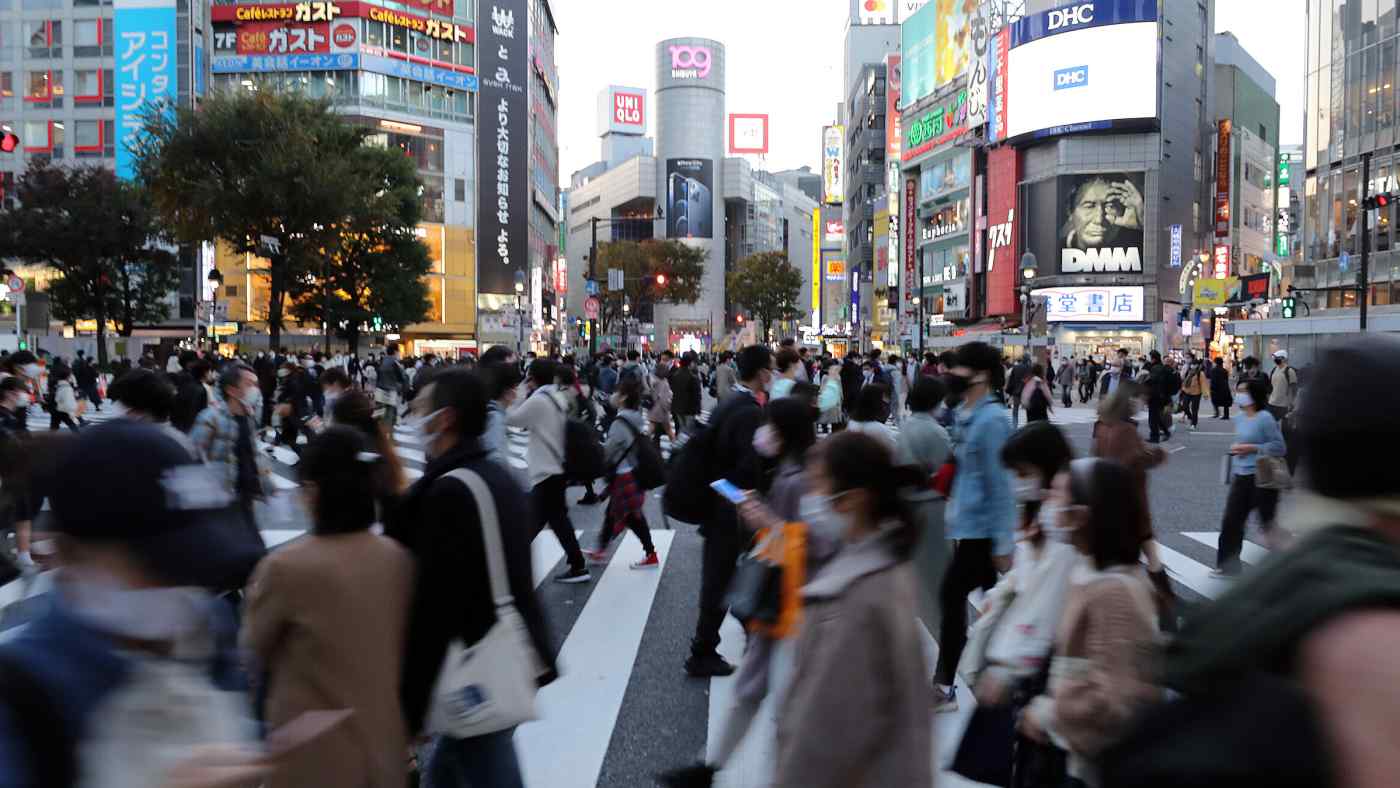 TOKYO -- Japan recorded more than 2,000 coronavirus cases in a single day for the first time on Wednesday, shattering its daily record as the outbreak accelerates. Prime Minister Yoshihide Suga urged caution saying the country is on "maximum alert."

A total of 2,191 cases had been confirmed as of 10 p.m., well above the previous high of 1,720 cases on Saturday. Tokyo logged a new high of 493, with the nearby prefectures of Kanagawa and Saitama reporting record numbers as well, while Osaka saw more than 200 new infections for a second straight day.

Unlike the previous spike in cases in August, this surge has also pushed up hospitalizations as clusters crop up in medical and nursing care settings, forcing the government to consider tougher measures as health care systems in some areas start to show signs of strain.

A day after the number topped more than 2,000, Suga told reporters that he wants people to wear face masks when conversing, even during meals.

Tokyo reported 534 cases on Thursday, a record, and the Tokyo Metropolitan Government raised its virus alert to the highest on its four-tier scale.

"Prime Minister Suga instructed us to go all-out" to curb the outbreak," Yasutoshi Nishimura, the minister in charge of the government's coronavirus response, told reporters on Wednesday. Nishimura discussed the government response with Suga and Health, Labor and Welfare Minister Norihisa Tamura.

A government panel of experts will meet as early as Friday to discuss how to respond to the surge.

Chief Cabinet Secretary Katsunobu Kato stressed that the government is not considering a blanket call to refrain from inter-prefecture travel, as "it's possible to reduce the risk of infection by taking appropriate precautions while traveling."

If the virus keeps spreading like this, "it will be difficult to bring it under control through the public's efforts alone, and stronger measures might become necessary," Shigeru Omi, head of the expert panel, said in a meeting of the lower house's health committee.

Omi expressed concern not just about the accelerating infection rate, but also about the wider range of settings in which case clusters have been found.

Warning of an "impending crisis," the Japan Medical Association called on Wednesday for the public to hunker down for the upcoming three-day weekend. "Thorough measures to control the virus are the best way to help the economy," the association said.

Meanwhile, the number of serious cases rose to 276 on Tuesday, representing a nearly 70% jump over the past two weeks. The total is now well above the peak from the second wave in August, though it remains short of the April 30 high of 328.

The latest health ministry data released Nov. 10 shows Tokyo, Osaka and Okinawa at stage 3 on the government's four-tier scale of outbreak severity, with at least 25% of hospital beds designated for coronavirus patients now in use. While Hokkaido remains below the 25% threshold, it had 18 severe cases as of Wednesday, occupying nearly 15% of beds.

This owes to a rise in older people contracting the virus. The second wave centered around nightlife settings such as bars and restaurants, and infections tended to skew toward young adults, meaning that many cases were mild or without symptoms.

But this surge has affected a broader swath of the population. The health ministry had identified 2,147 case clusters nationwide as of Monday, in locations including restaurants, offices and care settings.

In the week through Nov. 11, just under half of new cases were reported in people younger than 40, while those in their 40s and 50s accounted for 28.6% and 22.2% were in the 60-plus bracket. The disease is considered riskier for older patients.

This has put more of a burden on medical institutions. The Tokyo Medical and Dental University hospital had seven COVID-19 cases on Wednesday, with two ECMO life-support machines and five ventilators in use.

"Patients began to rise without a break between the second and third waves," said an employee at the hospital. "Uncertainty and exhaustion are starting to peak among medical staff."