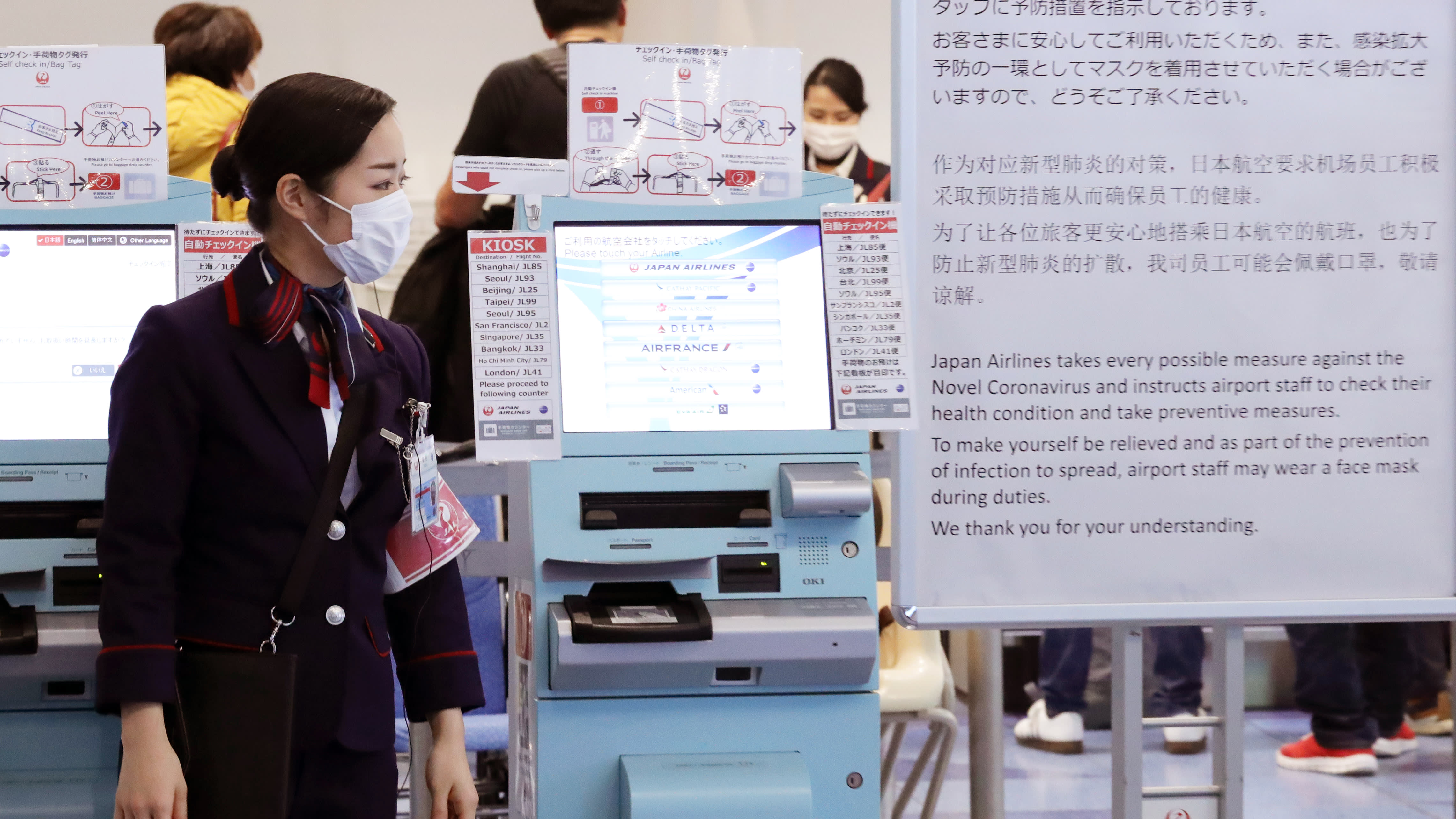 The move followed Japan's announcement on Friday that foreigners who have been in Hubei province, where the novel coronavirus epicenter of Wuhan is located, in the past 14 days will be denied entry. People with passports issued in Hubei province are also barred. The ban took effect on Saturday at 12:01 a.m.

Five people were denied entry on Saturday, and three more were refused on Sunday. Suga did not mention their specific situations or nationalities.

Recent reports suggest that the new coronavirus can be spread by asymptomatic carriers, who cannot be detected through normal screening processes. The U.S. and Singapore have also announced restrictions on the entry of some foreigners to prevent the spread of the virus.