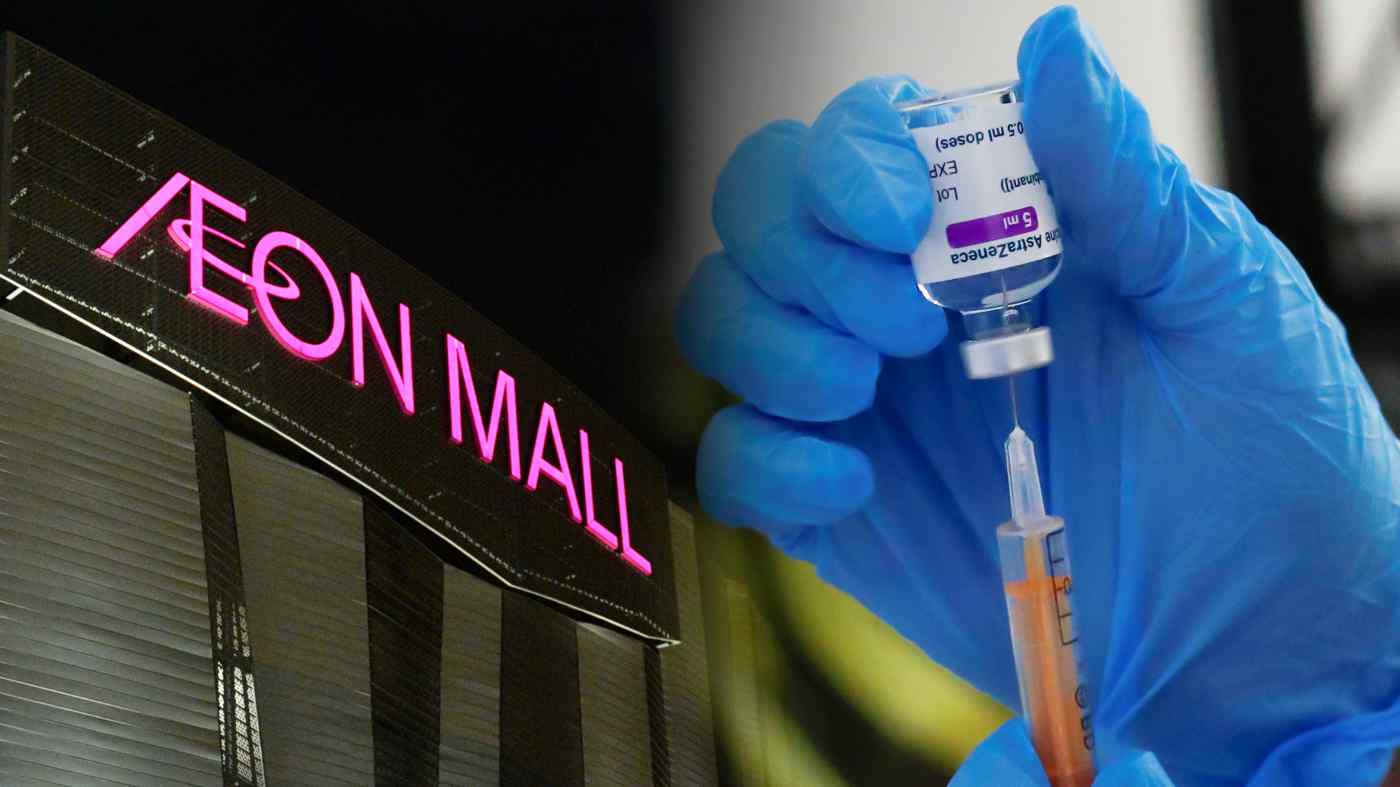 TOKYO -- Japanese retail giant Aeon will offer its shopping malls for use as vaccination sites for the government's inoculation campaign, Nikkei learned on Friday.

Aeon will allow local governments to use its main shopping malls, including parking lots and power sources, as vaccination centers. The Chiba Prefecture-based company has some 290 shopping malls across the country.

The move is expected to make vaccinations more accessible to the nation's 126 million people. The program requires large spaces to support the expected crowds, including health care workers.

The vaccination program is expected to launch on Wednesday, starting with front-line health care workers totaling over 10,000. Public inoculations will begin in April for people 65 years or older, who total some 36 million.

Local authorities are responsible for administering the vaccination campaign, but some are having difficulty finding space for such a large event.

Aeon has experience working with local authorities. It has agreements with more than 600 governments to make shopping malls available as emergency shelters in the event of natural disasters.

Some of its shopping malls have floor spaces exceeding 100,000 sq. meters, in addition to parking lots that can accommodate several thousand cars.

The company has already signed an agreement with the city of Zama just southwest of Tokyo to allow use of Aeon Mall Zama for its vaccination program scheduled to start in April.

The city envisages vaccinations being held in a multipurpose hall. People will wait in a lounge located inside the hall. There is also space where deep-freezers can be placed to store vaccines.

It is not just vaccination sites that are in short supply. Local authorities need workers to help handle the blizzard of administrative work involved in the mass rollout. Some local governments are already soliciting bids for support services, providing an opportunity for businesses hit by the coronavirus pandemic.

JTB, the country's largest travel agency, has agreed to provide administrative services for the program in one of Tokyo's wards. Responsibilities include operating call centers and mailing vaccination vouchers to local residents. The arrangement gives JTB a chance to use idled staff amid the collapse in travel demand.

Other large travel agencies, including Kinki Nippon Tourist and Nippon Travel Agency, have also signed on to help.

Staffing agencies are also seeing fresh demand from local governments. Persol Holdings has won a contract from the city of Ibaraki in Osaka Prefecture. Persol expects to dispatch more than 1,000 temporary workers to help out in Ibaraki and other localities. Another agency, Staff Service, says that it has received requests for some 300 workers.

This kind of public-private partnership is happening in other countries. In the U.S., Walmart has partnered with federal and state governments and has provided vaccination venues in its stores. In the U.K., supermarket chain Asda has opened up some of its stores as vaccination centers.

One difference is that in the U.S., pharmacists in drugstores can administer shots, while in Japan regulations allow only doctors and nurses to perform such functions.