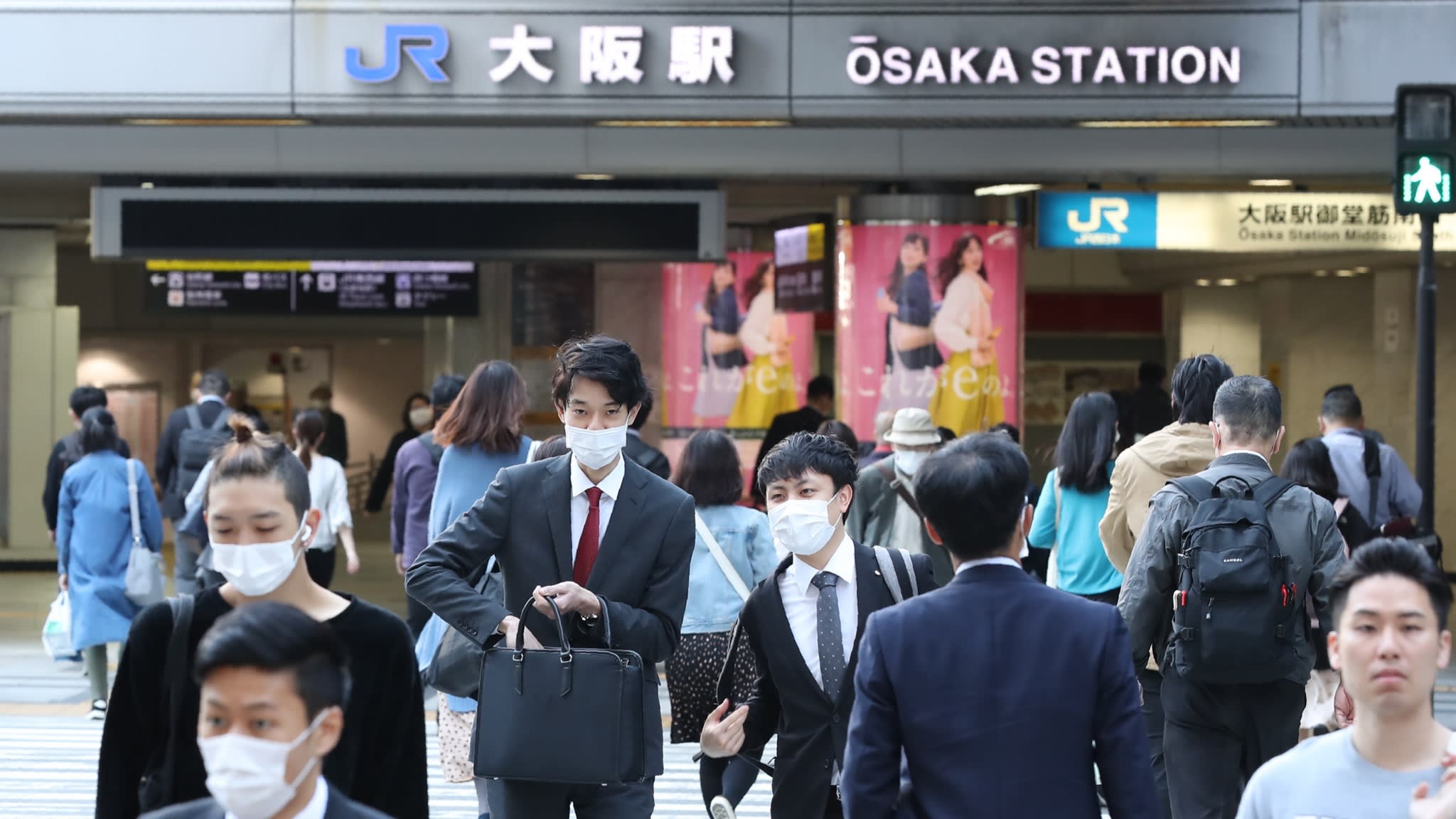 TOKYO -- Leading Japanese companies including IHI and West Japan Railway have joined the growing ranks of businesses furloughing employees to weather the financial hit from the pandemic, further exacerbating the economic pain for ordinary workers.

IHI, a jet engine builder and heavy machinery maker, will furlough roughly 30,000 employees within and outside Japan for four or five days in June, extending the measure if necessary. Workers will receive about 80% of their regular wages on those days.

With the coronavirus squashing air travel worldwide, orders for jet engines and similar products have dropped. The Japanese company also hopes that having fewer people in its offices and factories will help curb the spread of the outbreak.

Automakers, steelmakers and airlines have been placing workers on leave since April. Now the trend appears to be accelerating as companies see that consumer spending and production will take time to recover from the pandemic.

Honda Motor placed 130 temporary workers on furlough this month at its Kumamoto factory in southwestern Japan, and the automaker will add another 179 employees to the list starting in June. 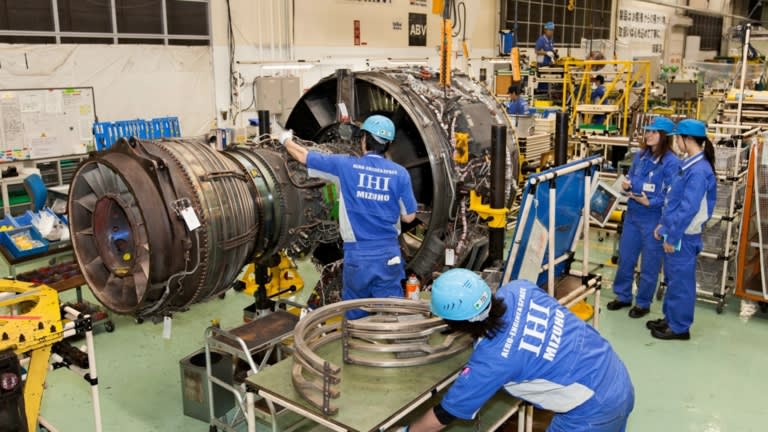 IHI will furlough roughly 30,000 workers in Japan and abroad for several days in June. (Photo courtesy of IHI)

The trend goes beyond the manufacturing sector. West Japan Railway, or JR West, which servers the greater Osaka area and western Japan, will furlough 1,350 maintenance workers in June. This will raise the company's total to about 18,000 including station employees and train drivers already placed on leave.

Japan lifted its state of emergency on the final few prefectures Monday. But shinkansen bullet trains and local trains continue operating on a reduced schedule.

Many American and European companies have laid off workers with the promise of rehiring them after the outbreak. Japanese companies are more likely to place workers on leave at reduced pay, partly due to greater regulatory hurdles for terminating employees. Japan's government shoulders part of the cost.

Manufacturers are particularly reluctant to lose workers permanently, as the sector faces a labor shortage over the long term. Furloughs let companies hold on to employees until they are needed again, allowing a quick response when demand picks up.

But furloughed workers receive only part of their usual pay, which hinders consumer spending. Companies also face higher fixed costs and other burdens when furloughs drag over long periods of time.