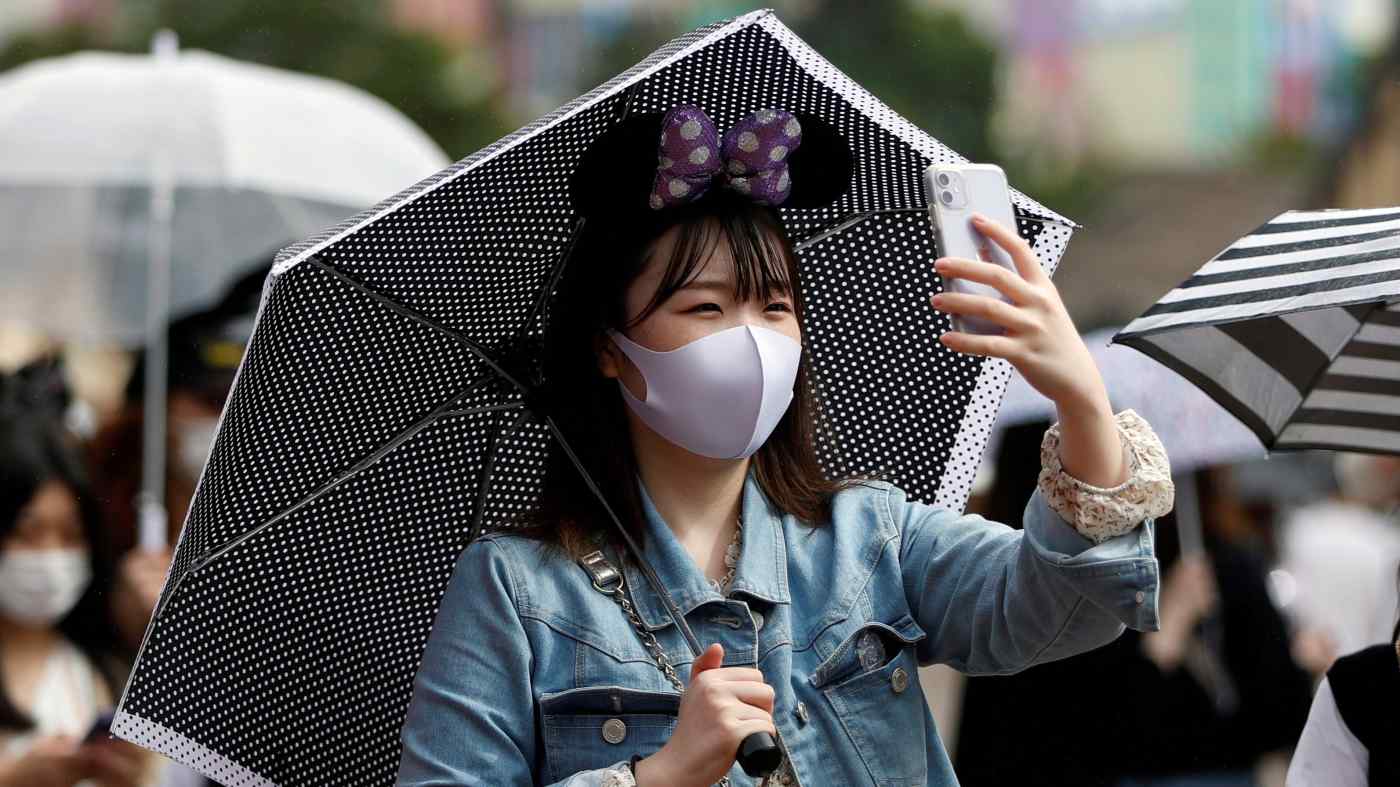 A visitor using a smartphone takes photos of the new area featuring movie Beauty and the Beast, ahead of the opening to public of the area, amid the coronavirus disease (COVID-19) outbreak, at Tokyo Disneyland in Urayasu, east of Tokyo, Japan, Sep. 25.   © Reuters
October 12, 2020 00:05 JST | Japan
CopyCopied

TOKYO (Kyodo) -- Japan's cumulative total of confirmed infections with the novel coronavirus topped 90,000 on Sunday, according to a tally based on data released by authorities.

Some 437 newly reported cases brought the total number to 90,099, including about 700 cases from the Diamond Princess, a cruise ship that was quarantined in Yokohama near Tokyo in February. The death toll climbed to 1,643.

In Tokyo, which has the largest number of infections among the country's 47 prefectures, 146 new cases were confirmed Sunday. Its cumulative total stands at 27,715, according to the Tokyo metropolitan government.

Of the 146, 89, or about 60 percent, contracted the virus via unknown routes, while 22 were infected by family members, the highest among the 57 cases with known routes.

The number of hospitalized COVID-19 patients increased by 77 from Saturday to 1,085, it said.

The average number of daily new cases in Tokyo stood at 175.9 in the latest seven-day period, continuing to hover around 150-200 per day in recent weeks.

The metropolitan government lowered its virus alert by one level from the highest of four on Sept. 10 and has maintained it since then. The second-highest level means "vigilance against a resurgence of the virus is needed."

Other than Tokyo, 45 new cases were reported Sunday in Osaka Prefecture, 43 in Chiba Prefecture and 12 in Fukushima Prefecture, according to local governments.