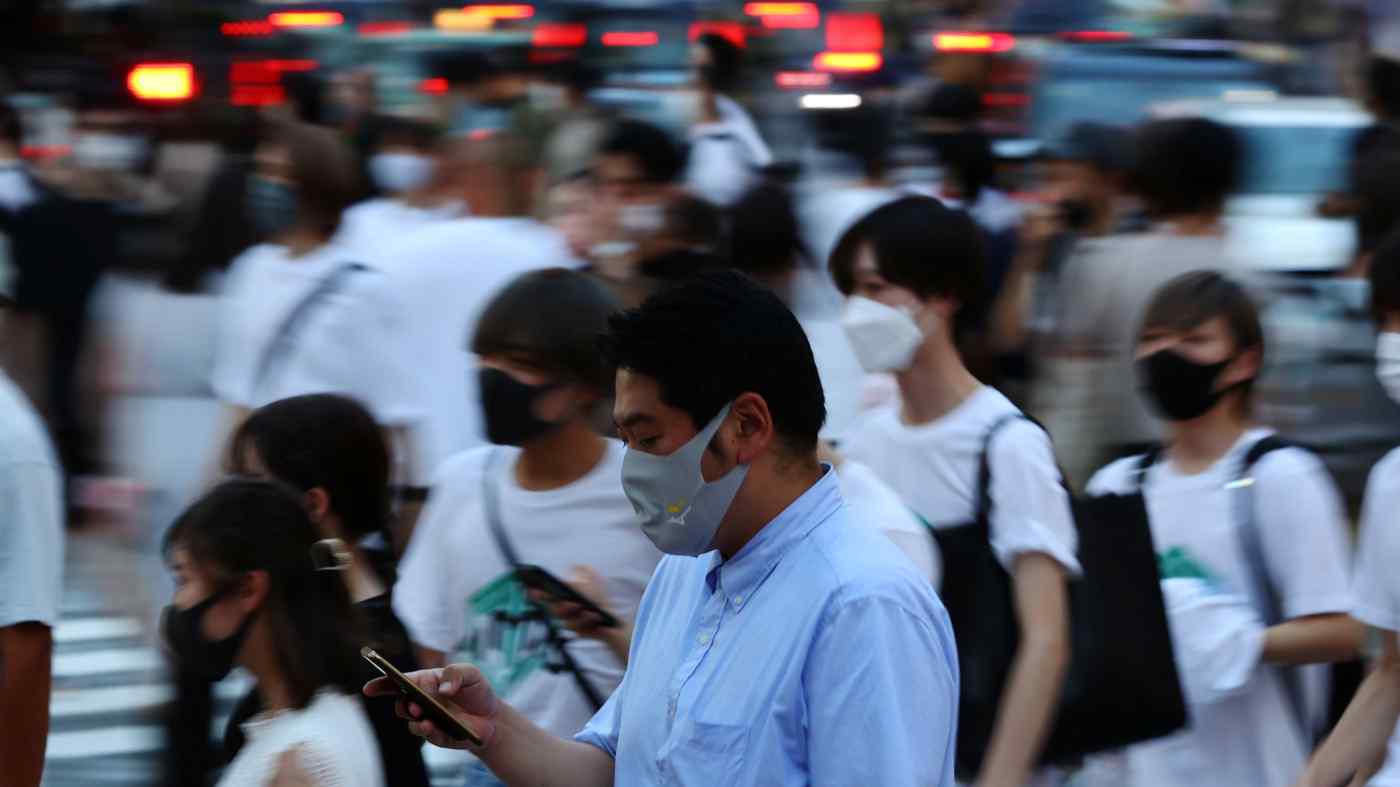 TOKYO (Kyodo) -- Japan's daily total of COVID-19 cases topped 10,000 for the first time on Thursday, with Tokyo experiencing surging infections, casting a pall over the Olympics.

The capital confirmed an additional 3,865 cases the same day, logging a record figure for the third straight day and putting pressure on the government of Prime Minister Yoshihide Suga to take stronger countermeasures.

The new nationwide record comes just a day after Japan surpassed 9,000 new daily cases for the first time. The cumulative tally across the country has now topped 900,000.

At a metropolitan government monitoring meeting Thursday, it was estimated that the seven-day rolling average would hit 4,532 on Aug. 11, three days after the Tokyo Olympics end.

Infections were on a downward trend until around June 20 when the state of emergency was lifted across the country except Okinawa with the daily tally declining to around 1,300, but soon reversed and topped 2,000 in early July.

Although foot traffic in downtown areas has slightly decreased, the surge in infections comes amid the spread of the highly contagious Delta variant of the coronavirus.

The government has placed Tokyo under a fourth state of emergency, mostly relying on a cooperative public and not imposing a hard lockdown as in some countries, from July 12 until Aug. 22.

But infections topped 3,000 two days after the emergency started, and 5,000 on July 22. The number of severe cases, which had been on a downward trend since late May, also slowly started to reverse from mid-July.

According to data released by the government Wednesday, hospital bed occupancy rates for severe cases have hit 61% in Tokyo and 71% in Okinawa. The two prefectures, along with Saitama, Chiba, Kanagawa and Osaka have also reached Stage 4, the worst on the government's four-level scale, for treated COVID-19 cases per 100,000 people.