Japan's megacities shut down in crucial weekend to fight virus 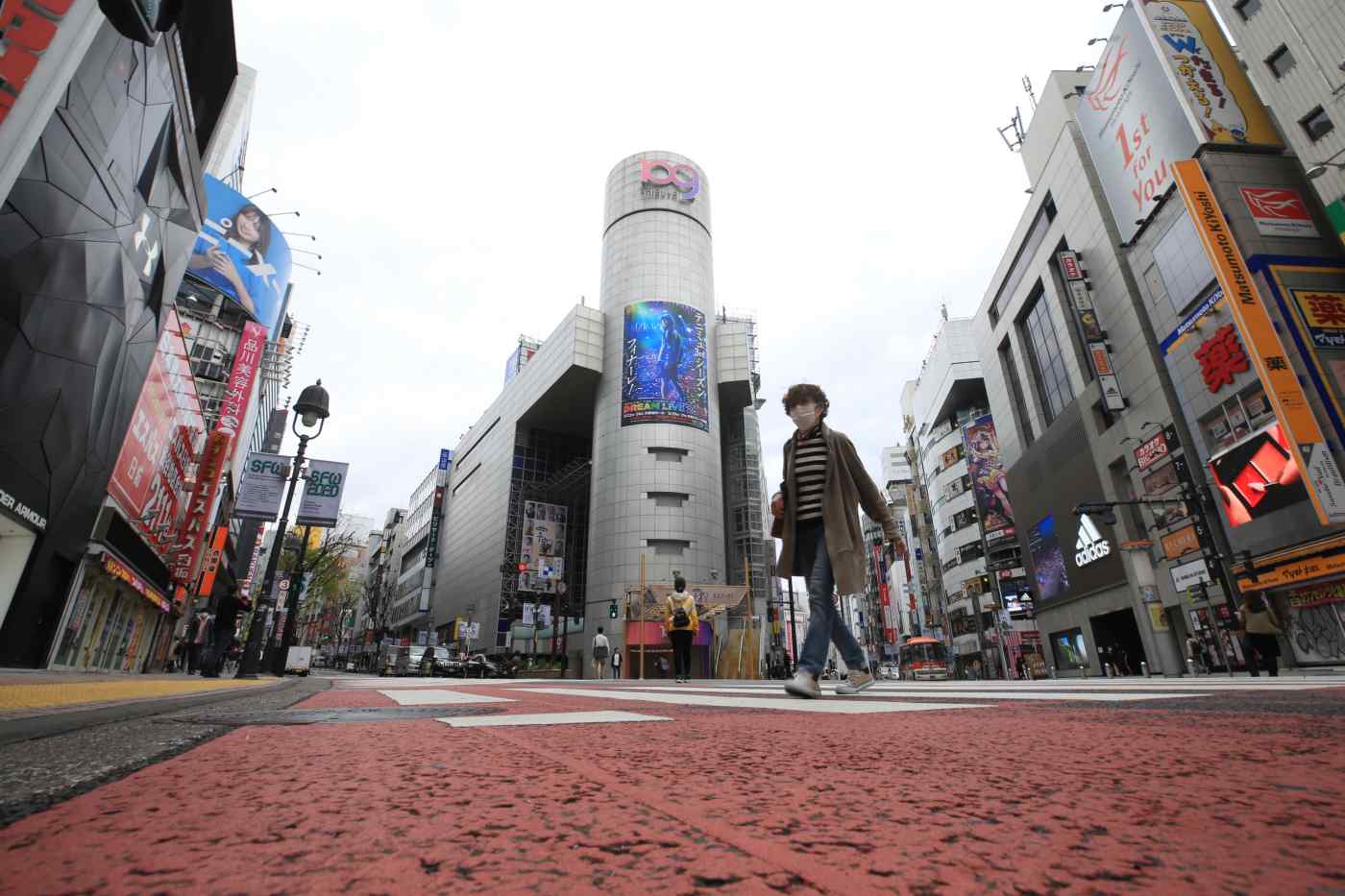 TOKYO -- Japan enters a critical weekend to prevent an explosive expansion of COVID-19, with stores, restaurants and amusement parks closed and residents of the country's two biggest population centers urged to stay home.

Five prefectures in the greater Tokyo area, including the capital itself, and Osaka have called for people to avoid going out unnecessarily on Saturday and Sunday.

Japan had been seen as keeping the coronavirus outbreak under control without the mandated lockdowns or broad testing seen elsewhere, and people had begun trickling back to restaurants, shops and parks. But this perception is starting to change.

The country's new daily cases exceeded 100 for the first time on Friday, and fears are mounting of an uncontrollable surge.

Tokyo alone reported 40 new cases, marking a third straight day with that sum or more. "We're on the brink" of needing to declare a state of emergency under revised legislation passed this month, Gov. Yuriko Koike said.

Tokyo has asked people to avoid gathering for cherry blossom viewing, even as flowers are in peak bloom. Parts of three public parks favored as hanami spots, including Ueno Park, have been closed to visitors. City-run zoos, aquariums and gardens are shutting down from Saturday through April 12. Nearby Kanagawa, Saitama, Chiba and Yamanashi prefectures have also asked residents to avoid going out or traveling to Tokyo.

This weekend marks Osaka's first stay-at-home request. Similarly to Tokyo, the city has asked residents to avoid flower-viewing parties with food and drink at such locations as Osaka Castle Park.

Some companies are closing their doors to prepare. Starbucks Coffee Japan will shut more than 500 locations in Tokyo, Kanagawa and Saitama prefectures on Saturday and Sunday. This represents nearly all its stores in those areas and a third of its locations in the country.

When the stores reopen, the number of seats will be reduced to keep customers farther apart. Tokyo locations will keep shorter hours, closing at 7 p.m.

Part-time and full-time workers "will be guaranteed pay" for scheduled shifts canceled by the closures, a company representative said. Nearly all of the 500-plus Starbucks locations in Tokyo, Kanagawa and Saitama prefectures will be closed March 28 and March 29.

Oriental Land said Friday that it will postpone the reopening of Tokyo Disney Resort, previously slated for early April, to April 20 or beyond. A month-plus shutdown would cost the company the equivalent of hundreds of millions of dollars in revenue.

As consumers preparing to stay cooped up at home stock up on food in supermarkets, online retailers that partner with these stores are finding themselves short on stock. Amazon Japan on Saturday will temporarily stop taking online grocery orders through its partnership with supermarket operator Life. A similar partnership between Rakuten and supermarket chain Seiyu has already stopped accepting new orders.

Shopping centers are offering support to tenants dealing with lost sales. Lumine, which will close its 14 malls in greater Tokyo this weekend, will halve tenants' minimum rent if they do not reach the sales threshold for revenue-based rent this month. The company has previously shortened operating hours and avoided holding promotions to reduce foot traffic.

Uber Eats, the food delivery service operated by Uber Japan, will waive signup fees for small and midsize restaurants with 20 or fewer locations to help drive business at eateries suffering from the drop in demand for large parties.