Japan's severe COVID cases climb to new high at over 1,100 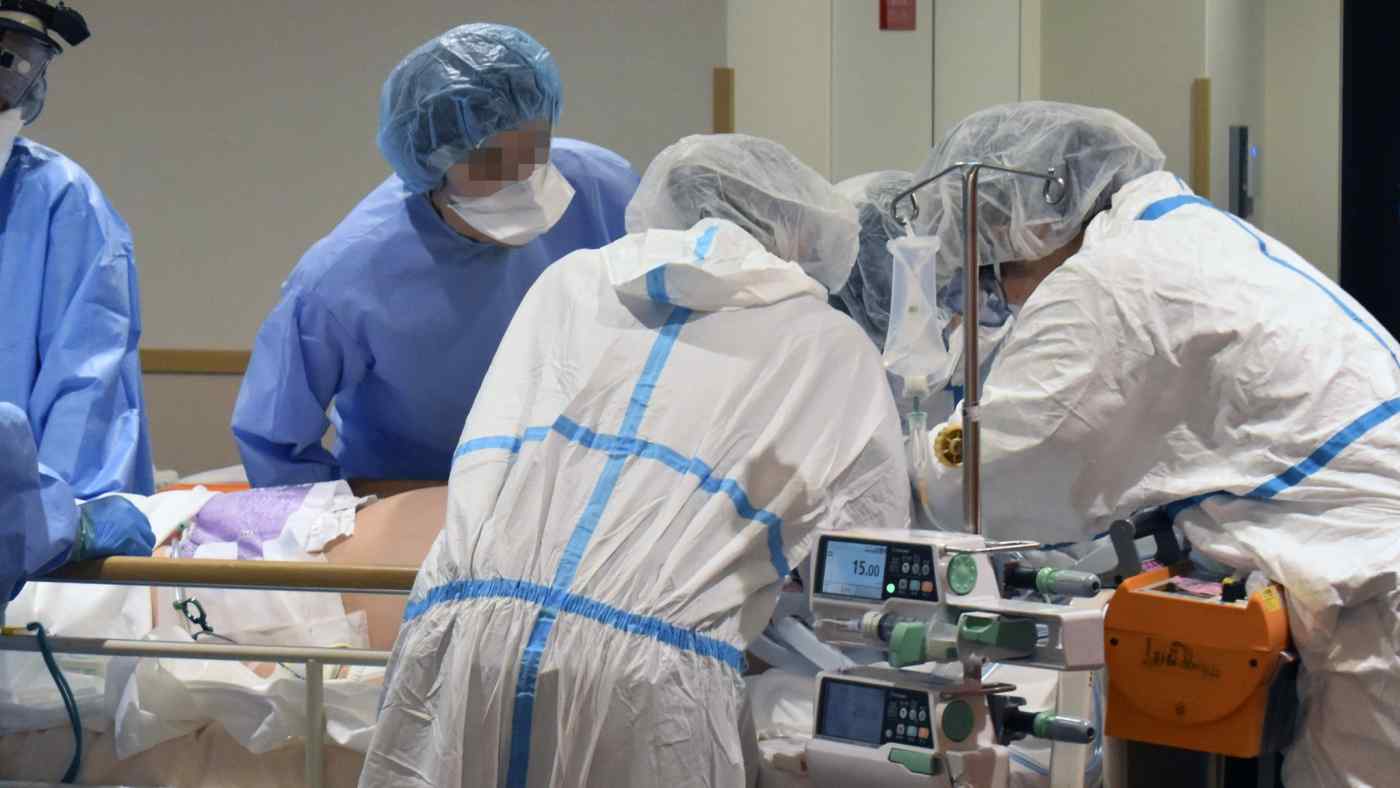 Tokyo Gov. Yuriko Koike, meanwhile, is considering whether to ask the central government to extend the emergency declaration issued for the city. The declaration is set to expire Tuesday.

"I will discuss what should be done while listening to the opinions of experts," Koike told reporters.

The number of critically ill patients nationwide jumped by 31 from Tuesday, the health ministry said. The count has topped 1,000 every day this month.

Sixty people in Japan died due to COVID-19 on Wednesday, with 25 fatalities recorded in Osaka, while 4,071 newly positive tests for the coronavirus were reported.

Though the number of severe cases in Osaka declined Wednesday to 446, the hospital beds available for such patients remained filled beyond capacity. Osaka Prefecture has recorded a total of 1,577 COVID deaths, while the daily positivity rate stands at 10.3% from 6,465 tests.

No deaths were logged in Tokyo on Wednesday, even as the total number of recorded coronavirus cases in the Japanese capital hit 142,943. The number of critical cases reached 69, climbing by four from Tuesday, while the death toll remains at 1,899.

Tokyo's seven-day average of new daily cases totals 798, though 621 infections were reported Wednesday. By age group, 155 new patients were in their 20s. Thirty-somethings accounted for 142 cases, while 100 cases involved people in their 40s. For those 65 and older, a risk population for severe cases, the number of infections stood at 61 people.