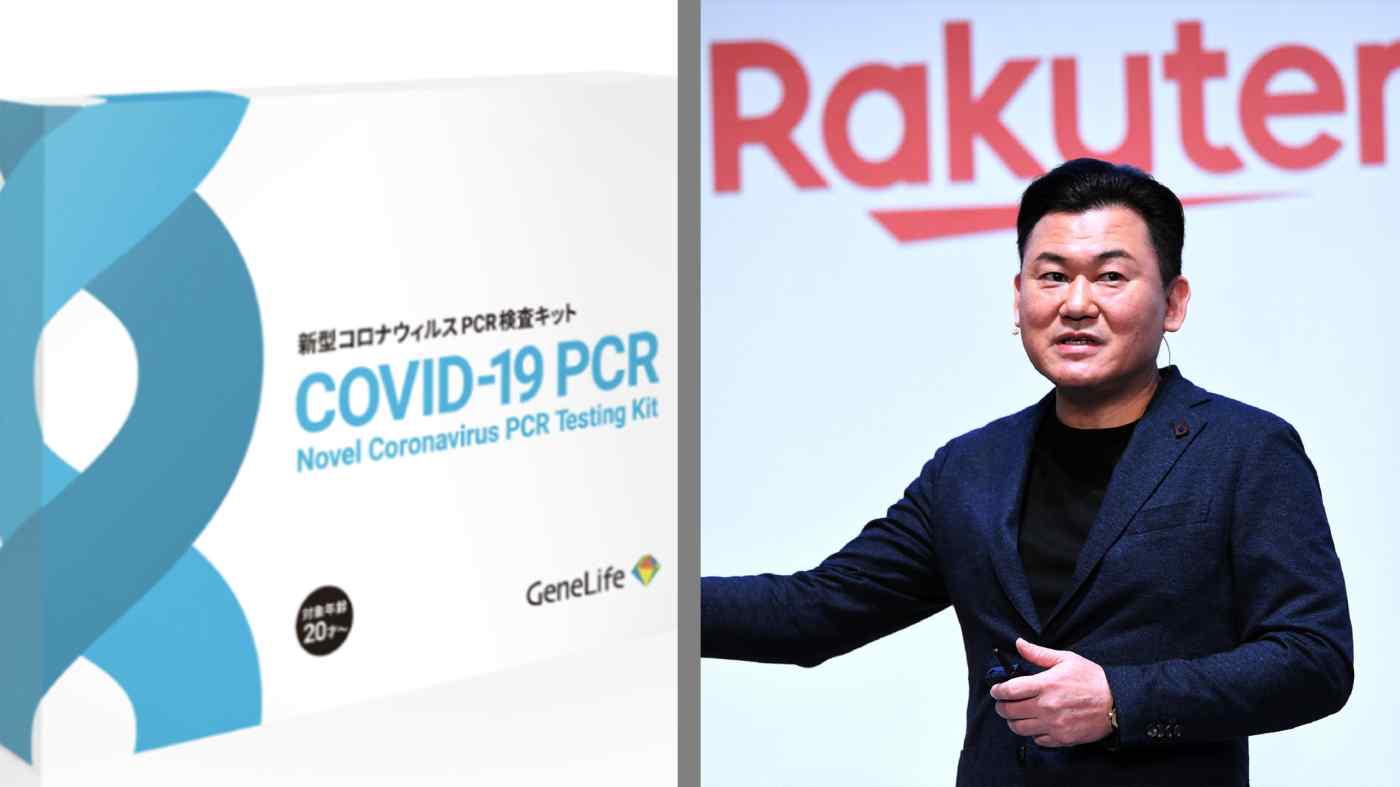 TOKYO -- Hiroshi Mikitani, founder and chairman of Japanese e-commerce group Rakuten, has joined the fight against the novel coronavirus outbreak, as the government grapples with rising infections across Japan.

Rakuten on Monday said that a company it has invested in -- Genesis Healthcare, which carries out genetic sequencing -- will provide testing kits to companies in Tokyo and four other prefectures.

The polymerase chain reaction, or PCR, tests are aimed at companies that want to screen employees who are not showing virus symptoms, Rakuten said. The minimum order is 100 kits, and each kit costs 14,900 yen ($138), but Genesis said it will provide discounts for bulk orders.

People taking the test collect a sample at home, place it in a container and deliver it to a designated location. Genesis will collect the containers and report the results, sometimes on the same day.

The test does not render an official diagnosis but can determine whether the person has an RNA sequence unique to the new coronavirus, Genesis Healthcare said. Those with the sequence can contact a clinic for an official test. A representative declined to comment on the company's production and testing capacity.

Mikitani, a globe-trotting CEO who has made English Rakuten's official language, has raised concerns about the lack of testing in Japan and has called for "thorough investigation" like South Korea has conducted. Tokyo, which had 3,082 confirmed coronavirus cases as of Sunday, has tested 18,566 people in total -- less than 5% as many tests as carried out in South Korea.

Rakuten, which operates one of Japan's largest online marketplaces and recently entered the mobile telecommunications market, is less exposed than many companies to the coronavirus pandemic in terms of its business, although cancelled sporting have hurt its marketing. The group is a major sponsor of professional sports teams, including Spanish soccer club Barcelona.

Mikitani is the latest high-profile Japanese executive to offer products and services directly to Japanese companies, hospitals and local authorities grappling with the rapid spread of the coronavirus.SoftBank Group Masayoshi Son tweeted over the weekend to offer to provide masks, face shields, medical gowns and other equipment to local governments. Several governors and mayors in Japan have offered to buy the equipment.