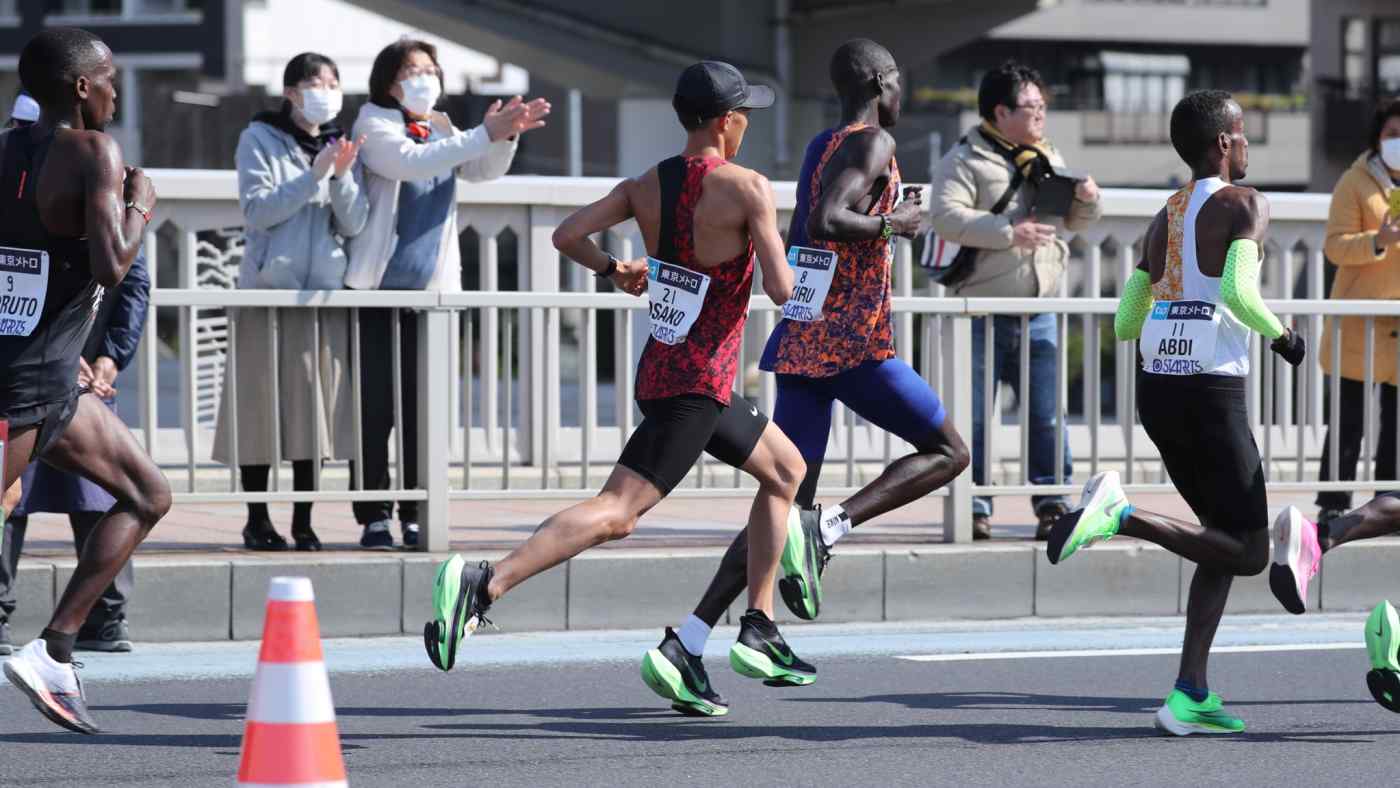 The Tokyo Marathon was held on March 1 without participants from the general public. There were few spectators.  (Photo by Kosaku Mimura)
ATSUSHI TERAOKA, Nikkei staff writerMarch 11, 2020 05:38 JST | Japan
CopyCopied

TOKYO -- Two weeks after the government called for canceling concerts and major sports events, experts say Japan still faces the risk of a surge in new coronavirus infections, signaling a long battle ahead.

The situation "has not resulted in explosive growth in infections, and our line of defense appears to be holding up," goes the consensus among experts advising the government, acknowledging the measures' effectiveness in stemming large-scale spread. But concerns remain, given that infections continue to increase.

Prime Minister Shinzo Abe on Feb. 26 asked municipalities and the private sector to refrain from holding major events that draw many participants. Wednesday marks two weeks since then.

The virus's effective reproduction number -- a measure of how many people a single patient infects -- hovers around 1 in Japan, according to Takaji Wakita, chief of the National Institute of Infectious Diseases.

Confirmed cases in Japan topped 550 as of Tuesday, excluding repatriations from China via charter flights and those who disembarked from the Diamond Princess cruise ship. The daily increase has picked up pace in recent days, ranging from 30 to 50. But the rise in infections could simply stem from expanded testing.

Thirty-one patients were in serious condition as of Tuesday night, 10 had died, and 89 had recovered and left the hospital, according to the health ministry.

COVID-19's incubation period averages five days, and it takes around eight days on average to confirm an infection after symptoms first appear. These add up to two weeks or so to gauge the effectiveness of the government measures.

Experts will take another week to assess the situation, with plans to announce their findings around March 19.

Still, no end is in sight for the outbreak. Many cases of community spread, with no known link to existing patients, continue to pop up, and medical workers continue to track down cluster infections. And even if the spread is contained in Japan, travelers from overseas could rekindle it.

"Unless a vaccine becomes available, or many citizens become infected and develop immunity, this is not going to come to an end," said Atsuro Hamada, a professor at Tokyo Medical University.