New kits set for approval give results in 15 minutes, faster than PCR method 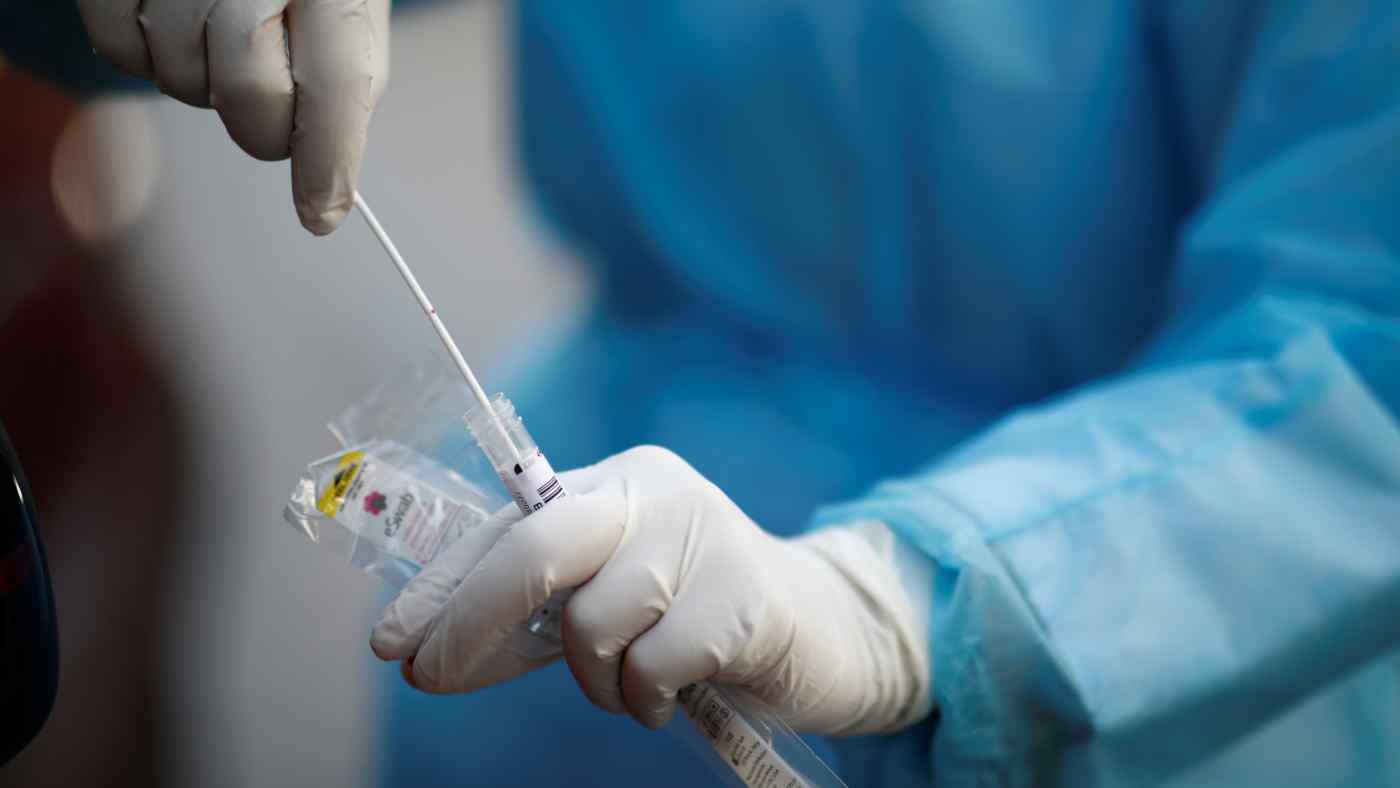 TOKYO -- Japan hopes to test 400,000 people per week for the novel coronavirus, with the health ministry planning to approve the nation's first antigen test kit for COVID-19 on Wednesday.

Though antigen tests are less accurate than polymerase chain reaction testing, they offer results in about 15 minutes as opposed to hours. PCR testing is currently the primary method for detecting COVID-19 infections, but Japan hopes to bolster its testing regime by combining the two types.

The ministry is set to approve a product from Tokyo-based Fujirebio, a subsidiary of Miraca Holdings. It also will cover the tests under public health insurance programs so that doctors can order the procedure without going through public health centers.

Fujirebio initially will produce 200,000 tests a week in Japan, looking to boost capacity depending on demand.

Midsize chemical company Denka also is devising an antigen test. The health ministry wants companies to develop these products and increase their output, hoping soon to test 400,000 people a week and determine the status of infections in Japan.

Antigen tests detect virus proteins from mucus taken with nasal swabs. They have been used to check whether patients have influenza. Results come out on the spot.

In contrast, PCR testing is very accurate because it checks for genes of the virus. But only up to 9,000 tests have been conducted each day recently, far short of the government's target of 20,000 daily.

Some patients wait about a week for PCR results, given that the test itself takes four to six hours and the specimens must be sent to facilities with the proper equipment. The need for specialized equipment and staff with experience handling viruses has become a bottleneck.

The faster antigen tests are expected to be used at existing PCR testing facilities as well as on patients in hospital emergency rooms. They also likely will be used at airports to check those arriving in Japan, as well as close contacts when clusters of infections are found.

Japan may adopt them as a screening test. Those testing positive with the antigen method will be diagnosed as having been infected, while those who test negative but have symptoms would undergo the more accurate PCR tests.