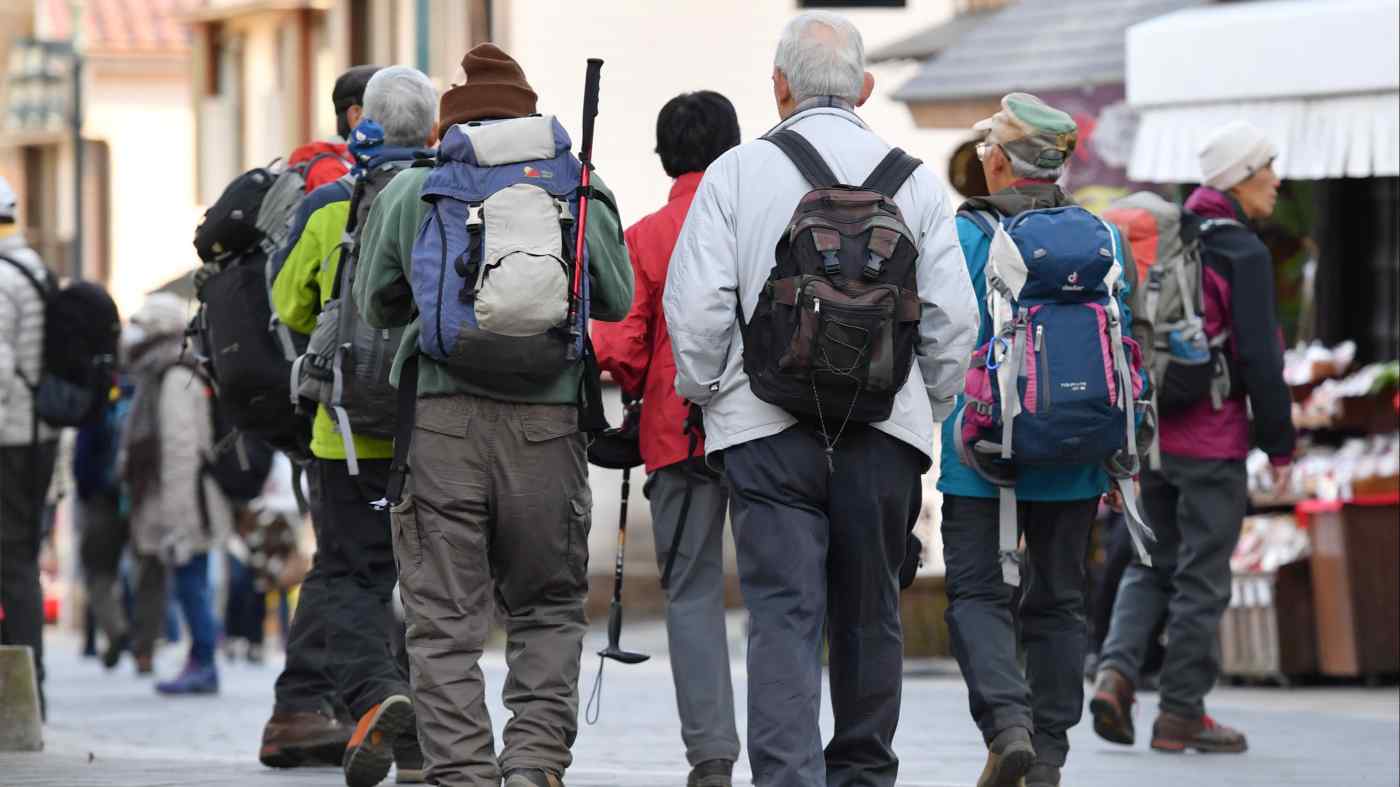 Japan will ask people aged 65 and older and those with underlying health conditions to refrain from making trips to or from the capital, which is seeing a third wave of infections.
December 1, 2020 21:04 JST | Japan
CopyCopied

TOKYO (Kyodo) -- The Japanese government will ask people aged 65 and older and those with underlying health conditions to refrain from making trips to or from Tokyo using its domestic travel subsidy campaign, amid a recent resurgence of coronavirus cases, Prime Minister Yoshihide Suga said Tuesday.

Suga disclosed the decision to reporters after holding talks with Tokyo Gov. Yuriko Koike at the prime minister's office. He said they had agreed to "closely cooperate to prevent the spread of infection at all costs."

The two had been at odds over who would take the initiative in pulling the capital out of the program, which the cities of Osaka and Sapporo were excluded from last week.

Yasutoshi Nishimura, the minister in charge of Japan's virus response, said the government is requesting those people refrain from domestic trips until around Dec. 17.

The decision came as Japan's cumulative total of confirmed novel coronavirus cases topped 150,000, according to a Kyodo News tally based on official data.

Health minister Norihisa Tamura called Tuesday for local authorities to help strengthen regional medical systems by taking into consideration the "worst-case scenario," as the country sees a spike in the number of people with severe symptoms of the novel coronavirus.

Tamura said the central and local governments must draw up a plan to prevent the collapse of the medical system, expressing a "strong sense of urgency" as the country grapples with a resurgence of the virus as winter approaches.

Speaking at a press conference, he said the central government has been calling for municipalities to secure hospital beds for COVID-19 patients, and is also working on a plan to send medical workers to regions that are struggling due to shortages of staff.

The number of people with serious symptoms of the virus in Japan hit a record 472 on Monday, logging a record figure for the eighth straight day, amid mounting fears medical facilities may not be able to offer the same level of service to patients as before the resurgence.

Earlier in the day, Nishimura urged companies to promote teleworking to curb the spread of the virus, saying "now is the time to limit contact between people."

In a remote meeting with officials of the country's business bodies, Nishimura said companies should especially ask young employees to take preventive measures for the virus, since they may spread it without noticing.

Tokyo, the hardest-hit area among Japan's 47 prefectures, confirmed 372 new cases of the novel coronavirus on Tuesday, up from 311 the previous day. The capital reported 9,857 cases of coronavirus infections in November, surpassing the previous monthly record set in August by around 1,700 cases.

On Nov. 19, the metropolitan government raised its virus alert to the highest of four levels, given the recent spike in new infections.

The Tokyo government on Saturday started requesting that restaurants and other establishments serving alcohol shorten their business hours by closing at 10 p.m. as part of efforts to prevent the further spread of the virus.