Japan to call emergencies in 7 more prefectures, including Osaka 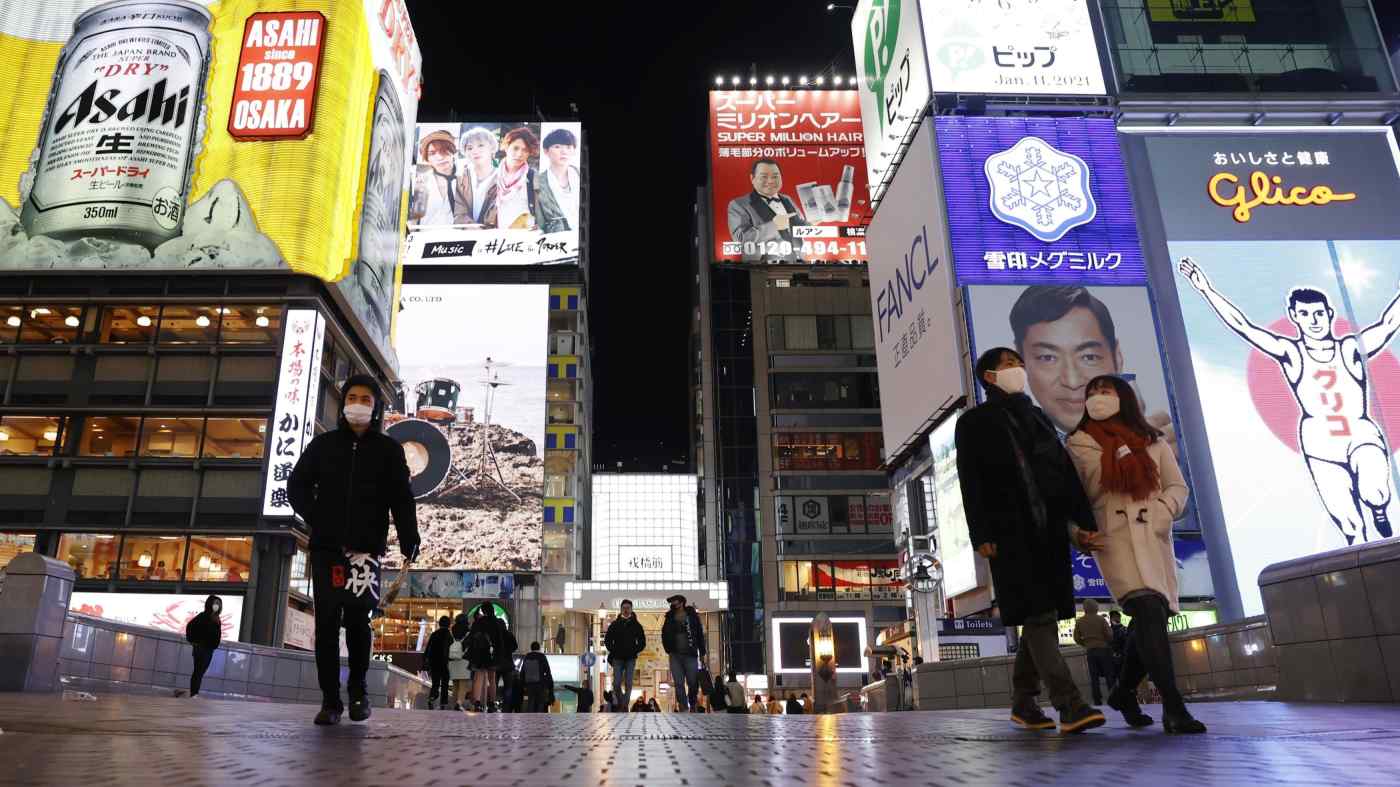 TOKYO -- The Japanese government on Tuesday decided to declare a state of emergency for seven more prefectures in a bid to stem a sharp rise in coronavirus cases and relieve pressure on hospitals, Nikkei has learned.

In the same way as the areas around the capital, governors will call on restaurants and bars to close by 8 p.m. and ask people to stay home after that time.

The move means that the major urban centers of Tokyo, Osaka and Nagoya will all now be put under states of emergency. A final decision will be made on Wednesday after a government meeting with experts.

The Osaka area has seen cases climb since the start of the year. All three prefectures in western Japan are at the highest level of Japan's four-stage scale of outbreak severity, reporting at least 25 cases per 100,000 people over the past seven days.

On Tuesday, Aichi and neighboring Gifu Prefecture asked the national government to declare an decree. Tochigi and Kumamoto prefectures have also asked for emergency declarations.

Some in the central government are leery of another nationwide emergency decree, arguing that regions where the outbreak is under control should be allowed to continue normal economic activity.

A state of emergency gives prefectural authorities a legal basis to take such steps as pushing restaurants to curtail hours and publicizing the names of those that do not comply.

The government is offering incentives of up to 1.8 million yen ($17,300) per month to businesses that cooperate. It will also pay hospitals as much as 20 million yen for each bed newly allocated to seriously ill coronavirus patients, in a bid to relieve some of the strain on the health care system.