Japan to declare state of emergency 'any day': LDP official

Toyota, Nissan and other automakers told to become less 'dependent on China' 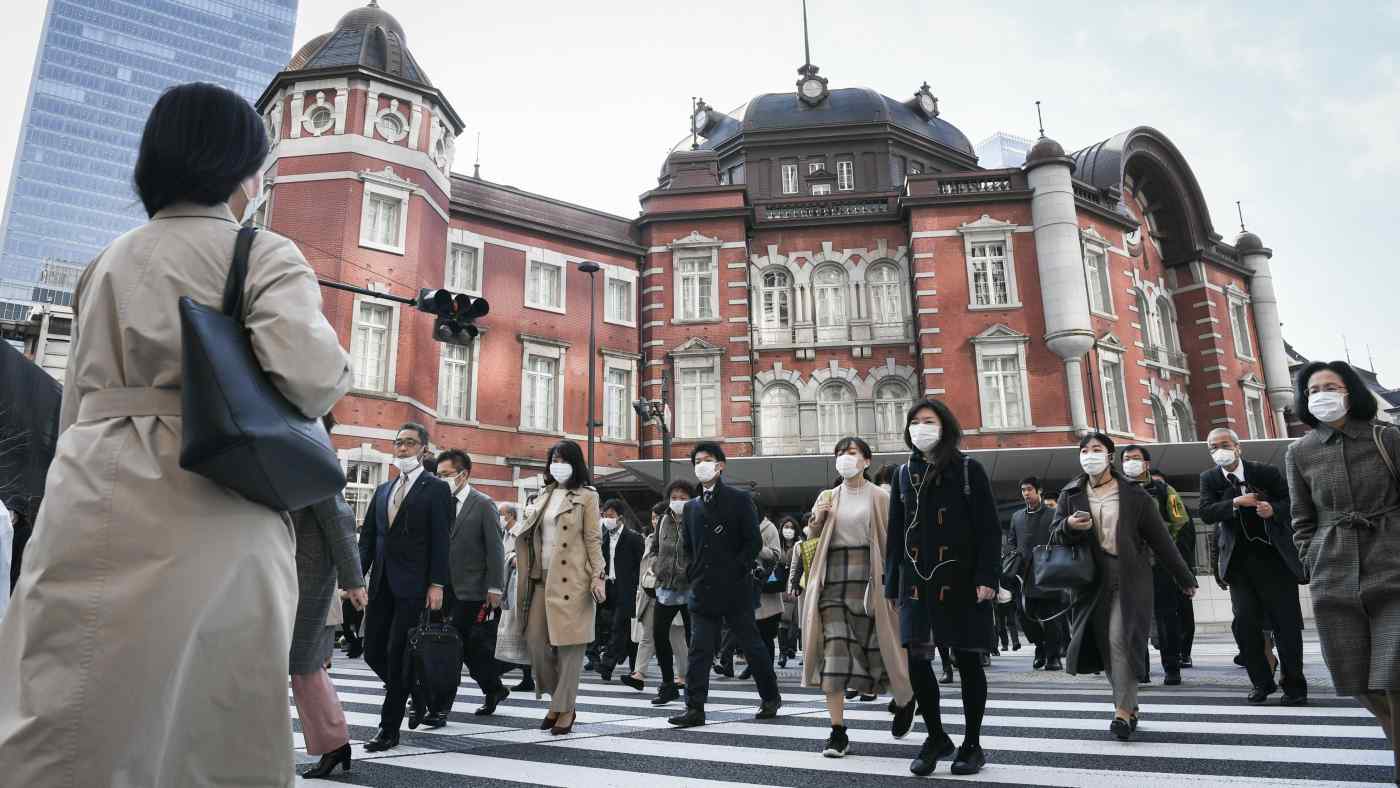 Japan is likely to step up testing of citizens for the coronavirus, following criticism that it has tested too few people to accurately track the spread of the disease. (Photo by Masayuki Terazawa)
JOHN GAPPER, Nikkei Asian Review editor at largeApril 3, 2020 15:52 JST | Japan
CopyCopied

TOKYO -- Japan is expected to declare a state of emergency "any day" now in response to the rising tally of coronavirus infections, a senior official of the ruling Liberal Democratic Party said on Friday. But restrictions on individuals will not be compulsory due to the constitution, the official added.

The official also said testing for the coronavirus will increase and that the government is pressing Toyota Motor, Nissan Motor and other automakers to diversify their supply chains and reduce their reliance on China, a move triggered by coronavirus-caused disruptions.

The influential Ministry of Economy, Trade and Industry is discussing with leading vehicle makers ways to shift parts of supply chains from China to other Asian nations and Africa, and to use more common parts in Japanese vehicles, the senior LDP official said.

"Diversification is very important," the official said. "We were too dependent on China, especially [in regard to auto suppliers in] Wuhan. Probably, manufacturers will go to Asia and Africa in future."

The official also said METI has begun consulting with automakers on ways to curb the use of parts that become hard to obtain during emergencies.

"In the Japanese auto industry, some minor parts are very specific [to each automaker]," the official said. "Toyota has a shape of part, and Nissan a shape, and the differences are too meticulous. If they had a common platform, resilience would go up."

The development comes amid concerns at many European and U.S. companies that global supply chains have been easily disrupted by the pandemic. There are worries that supplies have become overly concentrated on some Chinese regions and cities and need to be diversified for security reasons.

Japan is also likely to step up testing of citizens for the coronavirus, following criticism that it has tested too few people to accurately track the spread of the disease. The official said Japan is not using its full capacity to test up to 9,000 people a day because Japanese law requires anyone found to be positive to be hospitalized.

Tokyo and other prefectures are now changing regulations so that those with mild or no symptoms can be quarantined at home or in hotels. "Each prefecture is making preparations," the official said. "Tokyo is arranging for hotels to be provided for mild and asymptomatic cases, while hospitals take severe cases."

The official said the decision to postpone the Tokyo Olympics until July 2021, rather than further into the future, was a "political" one made by Prime Minister Shinzo Abe. "It really is a political decision, not based on scientific or medical data," the official said. "By next spring, the coronavirus will have to be under full control. ... If not, we will have to rethink [the Olympics]."

The official said he expects Japan to declare a state of emergency in response to the pandemic soon, but the country's constitution does not permit the government to demand individuals to stay in their homes, due to civil liberties concerns. "It will not be compulsory or mandatory," he said. "It would be a request."

The government is more likely to issue direct instructions to businesses to close or to ask their employees to work at home. "Privately held land can be expropriated for makeshift medical facilities," he said. "At cinemas and theaters, operations can be ordered to be suspended under a state of emergency declaration."