The Japanese government is considering when to suspend business travel arrangements with 11 countries and regions as it tries to halt the spread of a variant of COVID-19. (Photo by Ken Kobayashi)
Nikkei staff writersJanuary 5, 2021 12:32 JSTUpdated on January 5, 2021 15:12 JST | Japan
CopyCopied

TOKYO -- The Japanese government has begun considering suspending new entries of foreign nationals under business travel agreements with 11 countries and regions, including China and South Korea, in an effort to curb the spread of the new coronavirus.

The suspension will be in place at least during Japan's state of emergency, which will start as early as Thursday and is expected to last for about a month.

Prime Minister Yoshihide Suga on Tuesday announced at a meeting of the Liberal Democratic Party's board of directors that he plans to make a decision on Thursday regarding the declaration for the state of emergency, which will cover Tokyo and the surrounding prefectures of Kanagawa, Saitama and Chiba.

On Dec. 28, the Japanese government halted new entries of foreign nationals until the end of January in an effort to halt the spread of the new coronavirus variant that is growing more prevalent in the U.K. and other countries. But entry through the business travel arrangements with the 11 countries and regions was permitted as an exception.

Since the arrangements were bilateral agreements with each of the 11 countries and regions, the Foreign Ministry will coordinate with the government of the partner in deciding when to start the measure.

The government is also investigating whether there should be exemptions, such as medical professionals, who would still be allowed to enter Japan.

"If a variant is found in the other country, [entry] will be stopped immediately," Prime Minister Yoshihide Suga said at a news conference on Monday.

The suspension means, in principle, new entries from all countries will be prohibited. Japanese nationals and foreigners living in Japan will still be permitted to return.

A total of 3,827 Chinese, 3,385 Vietnamese, and 759 Indonesians entered through the arrangements between Dec. 14 and Dec. 20, according to Japan's Immigration Bureau. Entries are on a downtrend due to the spread of the new coronavirus. 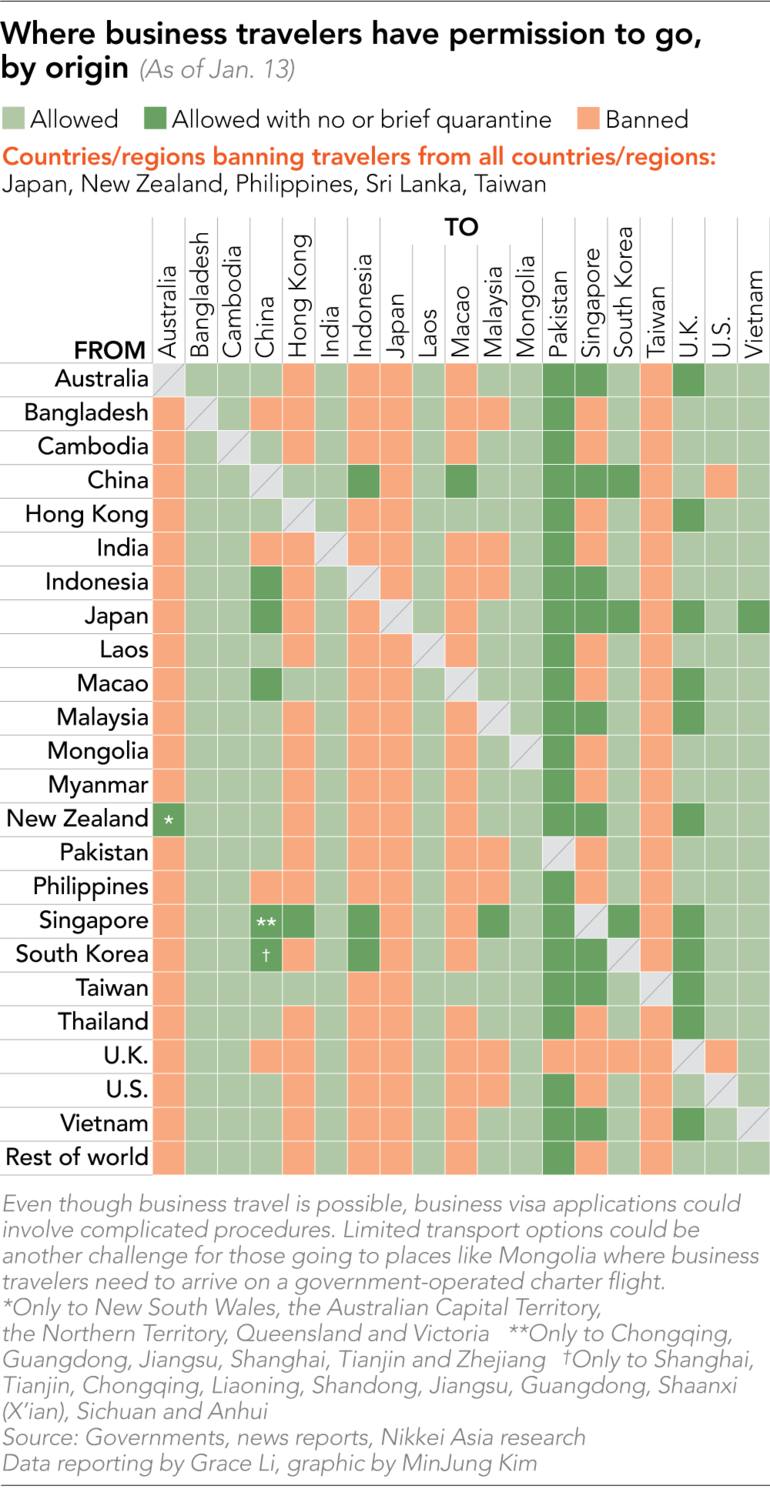