Japan to seek self-quarantine for travelers from Europe 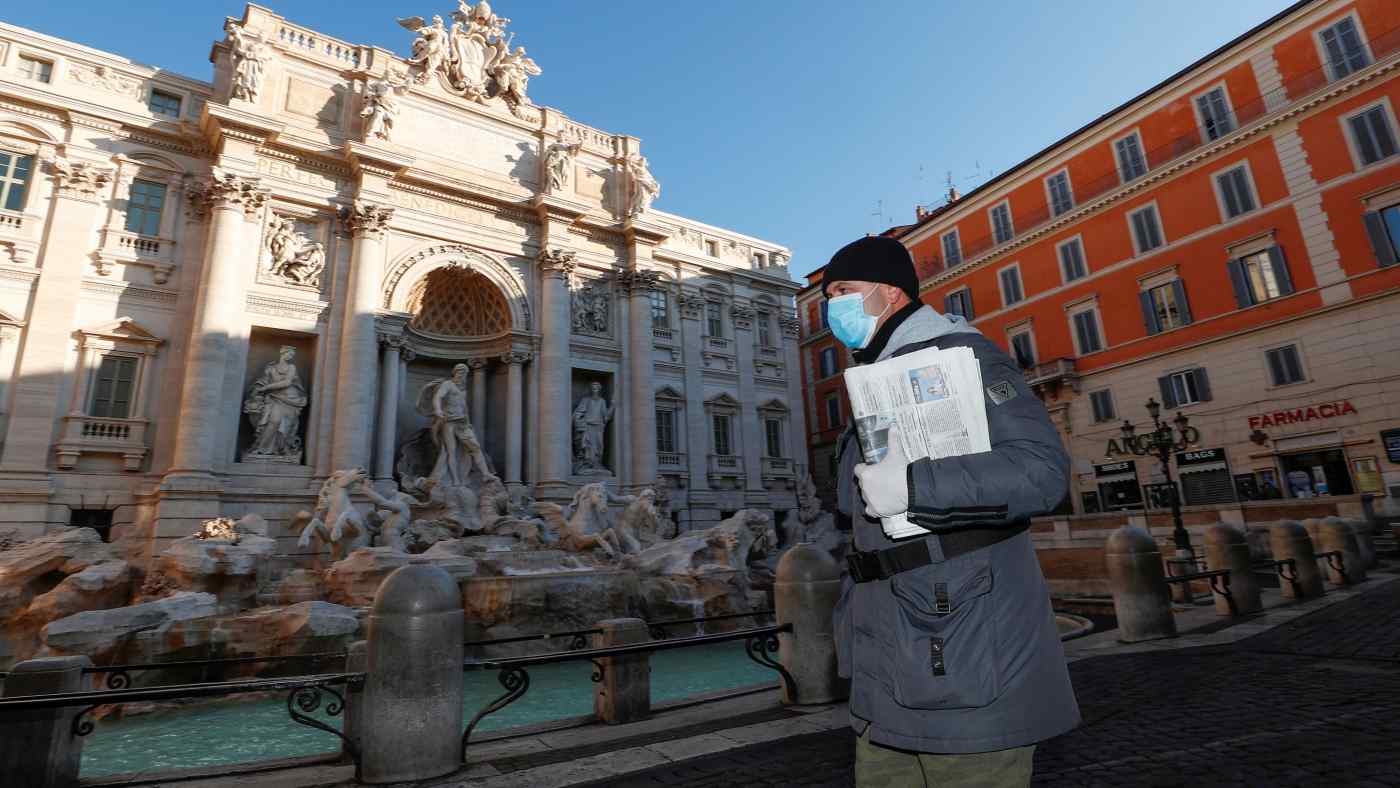 TOKYO -- Japan is poised to ask travelers coming from Europe to quarantine themselves for two weeks now that the region has become a hotspot in the global coronavirus pandemic, with Southeast Asia also likely to be added to the list.

Prime Minister Shinzo Abe is expected to announce the quarantine request Wednesday, after a panel of experts submitted the recommendation to the health ministry on Tuesday.

Japan currently bans foreign travelers from heavily infected areas such as China, South Korea, Italy and Iran. Japanese nationals returning from those nations are asked to remain in homes or hotels for 14 days.

For the planned new quarantine policy, both Japanese and foreign nationals will be asked to stay for two weeks in houses or other approved lodgings.

Between March 4 and Sunday, 46 people suspected of contracting COVID-19 in Europe, Southeast Asia and elsewhere were identified in Japan. These individuals account for roughly 10% of all new cases recorded nationally during that period. The expert panel based its recommendation on that pattern.

No individual country to be impacted by the quarantine rule was named in the panel's proposal, though Europe and Southeast Asia were broadly specified. The panel urges that the policy first apply to nations from which infected travelers had arrived. The list could also include Egypt, since at least 26 Japanese nationals on a Nile River cruise ship tested positive for the coronavirus.

"Infected travelers from overseas are very likely to lead to clusters of infection," said Takaji Wakita, chief of Japan's National Institute of Infectious Diseases, who chaired the expert panel. "We need to implement stric prventinon measures at the borders," he added. As for the duration of the new rule, Wakita said it would last "as long as the outbreak continues overseas."

"There is no intention to seek a border ban," Wakita said.  "Though it is necessary to take the economic impact into account, the focus is on halting the epidemic."