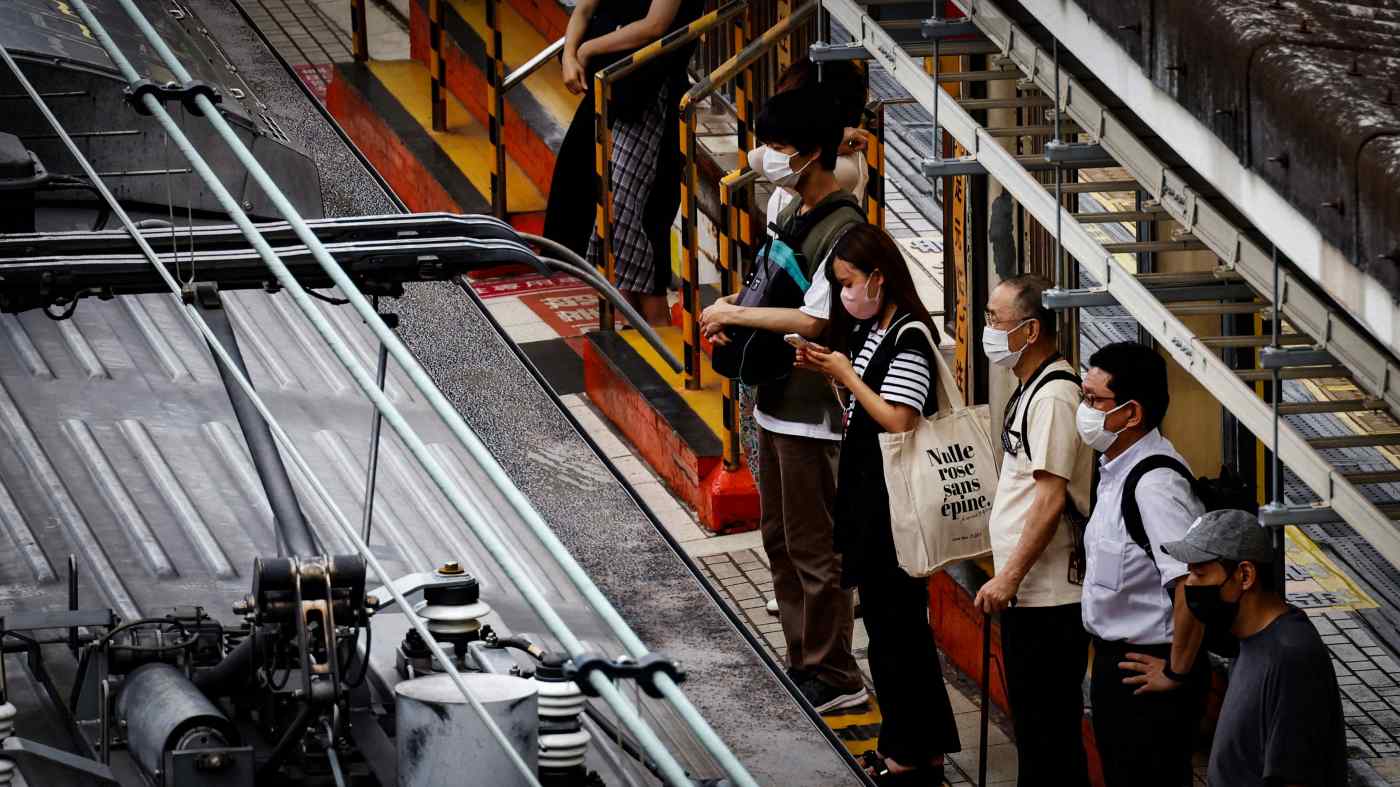 Passengers wait for a train at a station in Tokyo on July 21: Experts say people are growing tired of adjusting their behavior in response to the COVID-19 pandemic.   © Reuters
SHOICHIRO TAGUCHI, Nikkei staff writerJuly 27, 2022 16:57 JST | Japan
CopyCopied

TOKYO -- Japan now has the most daily COVID cases of any other nation, a dubious distinction that is casting a shadow over hopes the country will relax its strict border controls.

On Tuesday, 196,000 new cases were confirmed nationwide, the second-highest level on record, putting Japan ahead of the U.S. and Germany. On a per capita basis, the nation ranks 9th, behind countries such as Singapore and Australia, according to Our World In Data.