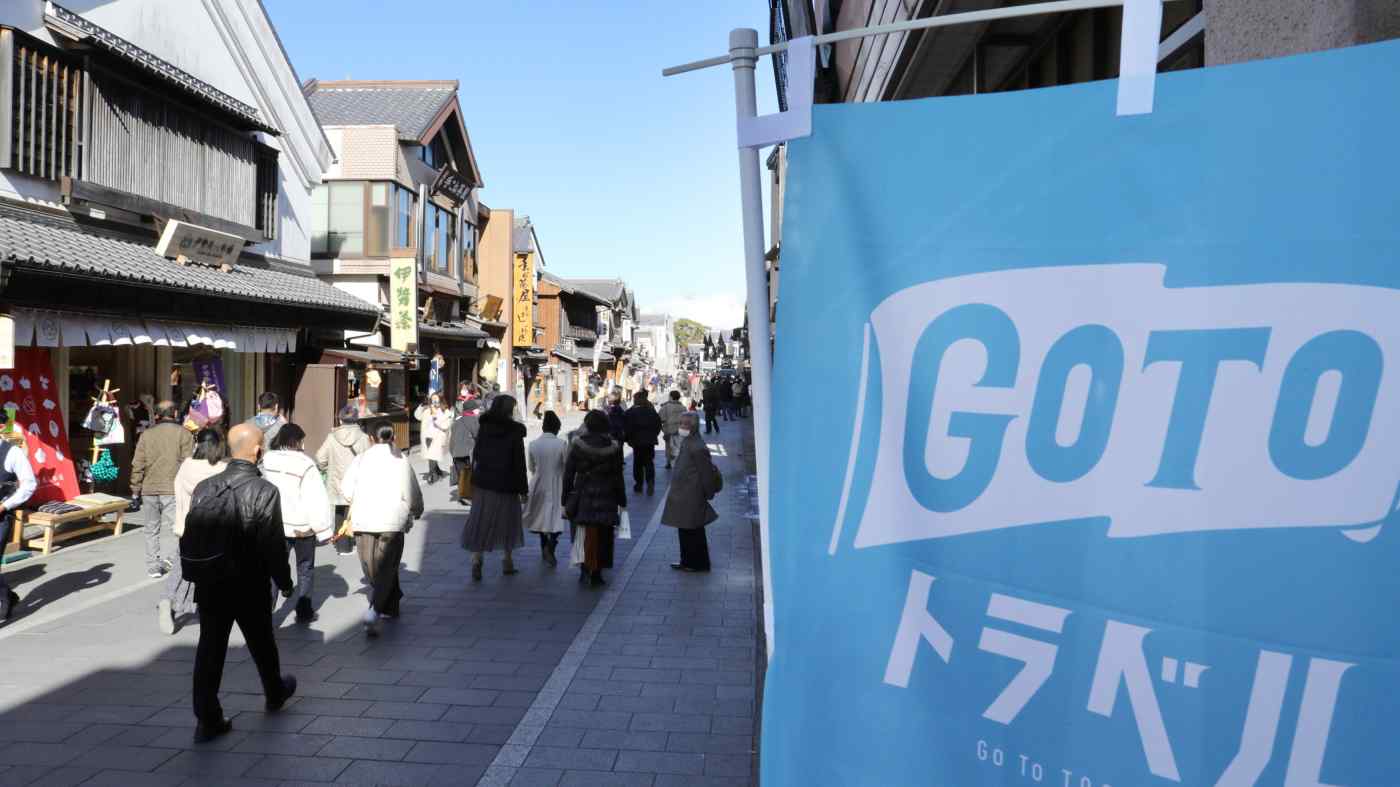 The Japanese government has stressed that there is no evidence its Go To travel campaign helped to spread the coronavirus.
January 22, 2021 21:49 JST | Japan
CopyCopied

TOKYO (Reuters) -- A domestic tourism campaign promoted by Japanese Prime Minister Yoshihide Suga may have contributed to a sharp increase in coronavirus infection cases in the country, a prominent adviser to the government's pandemic response said.

While the government has said there is no evidence that its "Go To" travel campaign spread the coronavirus, Suga suspended it in December to contain mounting COVID-19 cases, and as his approval ratings sank over his handling of the pandemic. A study was published on Thursday by the Journal of Clinical Medicine concluded that "the number of travel-associated COVID-19 cases that involved the crossing of prefectural borders increased during the Go To Travel campaign."

The abandoned domestic tourism campaign, which began in July, had offered various travel-related discounts and vouchers in a bid to prop up regional economies, but critics said it risked spreading the virus from cities to the countryside.

The study found the incidence of travel-associated COVID-19 cases during the campaign was around three times greater than the control period of one month prior to its kick-off.

About 20% of the almost 4,000 COVID-19 cases included in the study during the May to August period were travel-related.

The report was written by Kyoto University researchers Asami Anzai and Hiroshi Nishiura, who has acted as an advisor to the government's pandemic response. Nishiura was dubbed by the media as "Uncle 80%" for his advice that people reduce their social interactions by that amount.

Another study published last month had also found a higher incidence of COVID-19 symptoms among people who had participated in the travel campaign.

While Japan has fared comparatively well compared to many nations, the number of infections has shown little sign of declining, and a state of emergency was declared for parts of the country, including Tokyo, earlier this month.

Suga said on Friday that the government would extend a special employment subsidy to the end of the next month after the state of emergency is lifted. Current plans are for it to be lifted on Feb 7.

Nearly 5,000 people have died as a result of the disease, according to national broadcaster NHK. And on Friday, Tokyo alone reported 1,175 new infections. "Unless we make efforts now, the spread of the coronavirus will continue and the state of emergency will drag on and on," Japanese Economy Minister Yasutoshi Nishimura told a news conference.