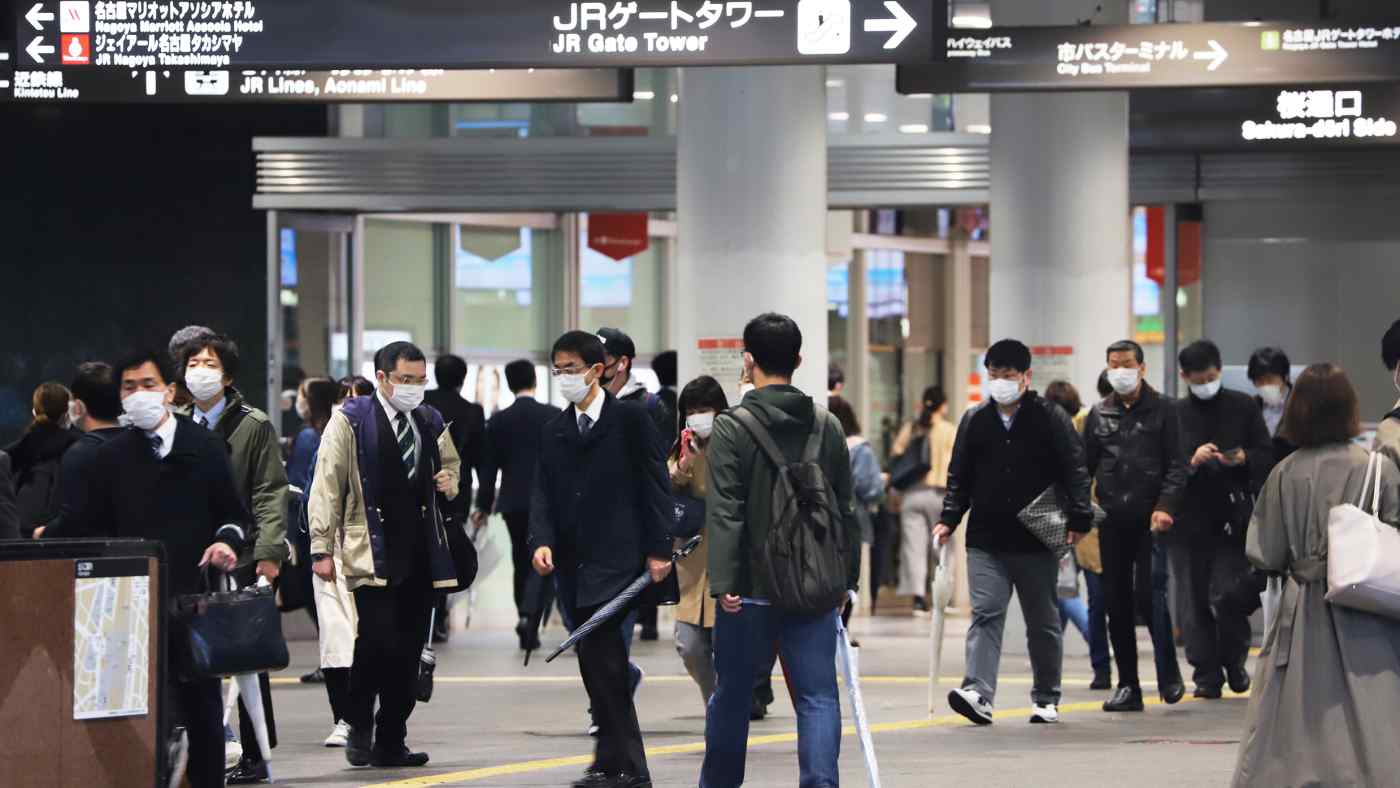 Fewer commuters are seen at the Nagoya Station on Monday , but the reduction is just some 40%, far below the government's "at least 70%" target. (Photo by Koji Uema)
Nikkei staff writersApril 20, 2020 18:17 JST | Japan
CopyCopied

TOKYO -- Human traffic volume in Nagoya and a key area of the city of Fukuoka decreased just by 40% on Monday, despite the government's declaration of a nation-wide state of emergency last week.

The Japanese government had called for business to take measures -- such as encouraging teleworking -- to reduce commuter numbers by 70%. However, on the first Monday after the state of emergency extended beyond the capital Tokyo and six other prefectures, data showed that the goal is far from being achieved as businesses struggle to implement remote work.