Japan was warned in 2018 to improve epidemic risk communications 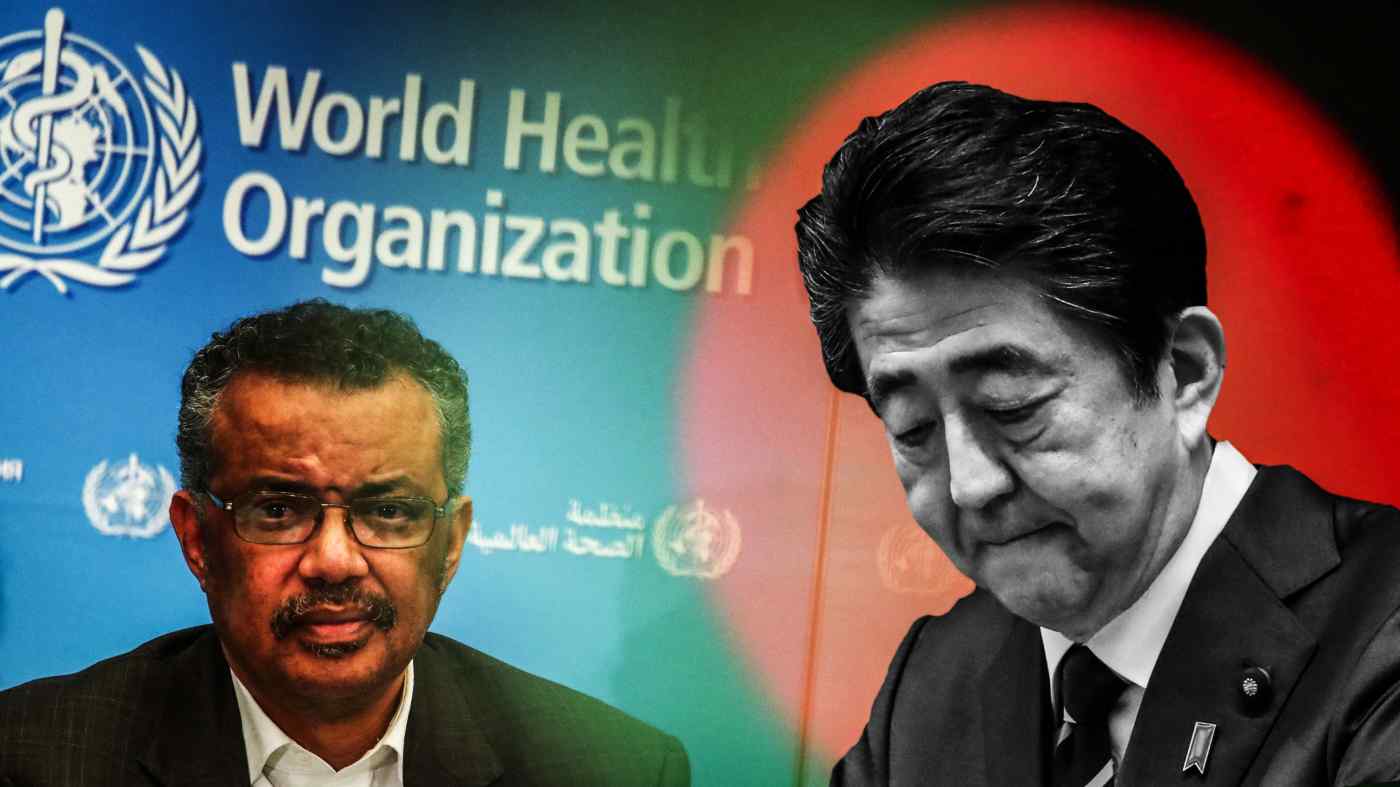 TOKYO -- Japan was warned in 2018 it needed to improve risk communications by the World Health Organization, but failed to act on the advice until the coronavirus crisis deepened this month.

Two years ago, the Geneva-based WHO evaluated Japan's capacity to deal with public health emergencies. The country scored strongly in most categories, but came up short in risk communications, which were rated 3 on the scale of 5. The UN body specifically pointed out the absence of a dedicated risk communications officer, a strategy to address rumors, and a mechanism to identify public perception gaps.

Today, the Ministry of Health, Labor, and Welfare still doesn't have such communications officers. "We recognize it is ideal to have an officer who takes charge of public communications, but we don't have enough manpower," said a health ministry official. Currently, major announcements are handled by Health Minister Katsunobu Kato, while press briefings are given by various officials involved in coronavirus responses.

The health ministry has made efforts to engage with the public, especially since the outbreak of the coronavirus that has infected more than 1,000 people in Japan, including some 700 who were on board the virus-stricken cruise ship Diamond Princess. The ministry is the most active government on social media currently, with more Twitter followers than any other ministry except the defense ministry.

The health ministry constantly tweets to urge people not to hoard masks, deal with rumors, provide information about the virus, and share the latest updates about outbreaks and government responses. News conferences held by bespectacled Kato are uploaded to YouTube with Japanese and English subtitles.

The stepped-up campaign reflects the difficulty facing Prime Minister Shinzo Abe, Japan's longest-serving prime minister in his eighth year. The fate of the government, rock-solid until just recently, depends on whether he will succeed in containing the virus' spread.

Abe has requested nationwide school closures, teleworking and cancellation of sports events and public gatherings -- measures that have disrupted children's education, caused a strain to working parents and cost businesses due to lost custom.

For now, the public seems to remain on side with Abe's government. The most recent public opinion survey, conducted by public broadcaster NHK, showed that 43% supported the government while 41% did not.

Whether the public stays with Abe "depends on whether he will be able to contain the spread before public patience runs out," said Takashi Kihara, professor of public policy at Dokkyo University. To keep public support, Abe "needs to explain why such measures are necessary" so people can see why the policy makes practical sense, Kihara said.

Experts stress that risk communications are critical if Japan wants to deal with the virus without imposing draconian measures introduced in countries such as China and Italy.

In addition to public resistance to such measures, the nation's pacifist constitution makes it next to impossible for the government to impose restrictions on civil liberties in any major way in Japan. A special measures bill tabled to parliament on Tuesday to give the Abe government power to declare an emergency situation would only allow it to make certain "requests" to the public, but not orders.

Japan's initial response to the outbreak was widely perceived as slow and out of touch. While the United States announced travel restrictions from China on Jan. 31, it was only on March 5 that Japan made a similar move.

Abe didn't personally explain to the press about the government policy until Feb. 29, prompting crisis management experts like Nancy Snow of Kyoto University of Foreign Studies to call for "much more empathy for people in crisis." An op-ed piece carried in The New York Times on Feb. 26 described Abe as "invisible" and "out of touch."

The slow response was partly due to the lack of experience of a major epidemic, says Dokkyo University's Kihara. SARS hit Hong Kong in 2003, while the Middle East respiratory syndrome (MERS), struck South Korea in 2015. Japan has been largely immune from major epidemics in its long history, partly due to its generally hygienic ways of living, he said -- a factor contributing to the more relaxed attitude toward the coronavirus outbreak.

There was also a lack of appreciation in Japan about health care conditions in other countries, which often lack the medical infrastructure and universal health care insurance Japan enjoys. In such countries, a virus outbreak is much harder to contain and could easily result in a situation like Iran's, where more than 7,000 people are infected with the coronavirus and 237 have died. "The government needs to explain to the people" why other countries react more strongly to a virus outbreak, Kihara said.

Crisis communications will continue to be critical as the fight against the virus is expected to be a long battle, experts say.

"The biggest difficulty is that it looks as though there is no light at the end of the tunnel at the moment," said Shuzo Matsushita, virology professor at Kumamoto University. He said that a vaccine or a treatment needs to be found before the public feels reassured about the disease. "Until a fundamental solution is found, efforts to contain the virus' spread will have to be sustained," he said. Matsushita thinks it will take a year or so before a cure becomes publicly available.

Crisis communications matter not just with the public, but also with clinics, whose cooperation is essential for testing and treating patients on a large scale, Matsushita added. Some clinics in Japan are refusing to handle sick patients, fearing contagion in their premises. To overcome the challenge, Matsushita says, the government should learn good practices from other countries, such as drive-through testing being implemented in South Korea.

There is also an issue of discrimination against infected people, hospital workers, and their families.

"The government is carrying out its own campaign against stigmatizing patients, but the message hasn't been spread enough," said Kazuhiro Tateda, professor of medicine at Toho University and the president of the Japanese Association for Infectious Diseases.

He said the public communications campaign needs to be sustained even if it doesn't produce immediate results. "There could be more deadly virus outbreaks in the future. We have to prepare the country for that from now."