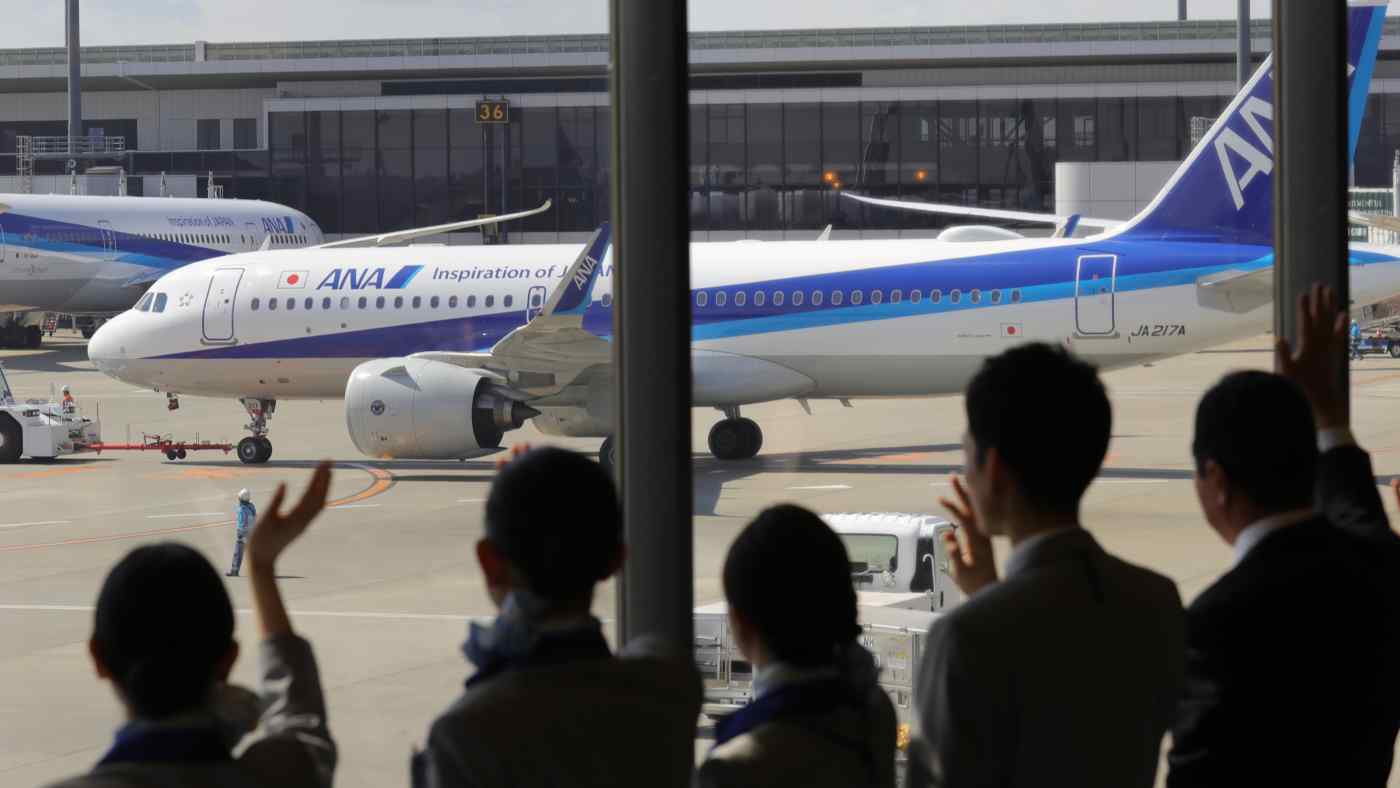 TOKYO -- The Scheduled Airlines Association of Japan, made up of domestic airline companies, has asked the government for 2 trillion yen ($18 billion) in aid now that the coronavirus has decimated demand, Nikkei has learned.

The association includes All Nippon Airways, JAL, their budget affiliates and other small airlines. It is requesting an unsecured loan with a government guarantee, which could be included in an emergency economic stimulus package that the cabinet is expected to approve on Tuesday.

The association has already revealed that Japanese airlines' decrease in revenue for the four months through May will likely reach a combined 500 billion yen.

International and domestic flights alike have experienced big drops in bookings due to the pandemic.

The aid request is based on a worst-case scenario in which the coronavirus's impact will linger for more than a year. This would lead to the domestic industry's revenue declining by about 2 trillion yen.

The request asks that support measures be structured so that the association can receive a fixed-amount loan from private financial institutions by posting a government guarantee rather than collateral. The request also asks for subsidies and that airport fees and tax payments be postponed.

The airline industry has fixed labor and lease costs, but big reductions in the number of flights have led to huge revenue declines.

Already, ANA Holdings has sought to use the government-affiliated Development Bank of Japan's loan system for a 300 billion yen credit line. The company also is working with private banks to borrow 1.3 trillion yen.