Kawasaki Heavy to roll out robot-conducted PCR tests for COVID 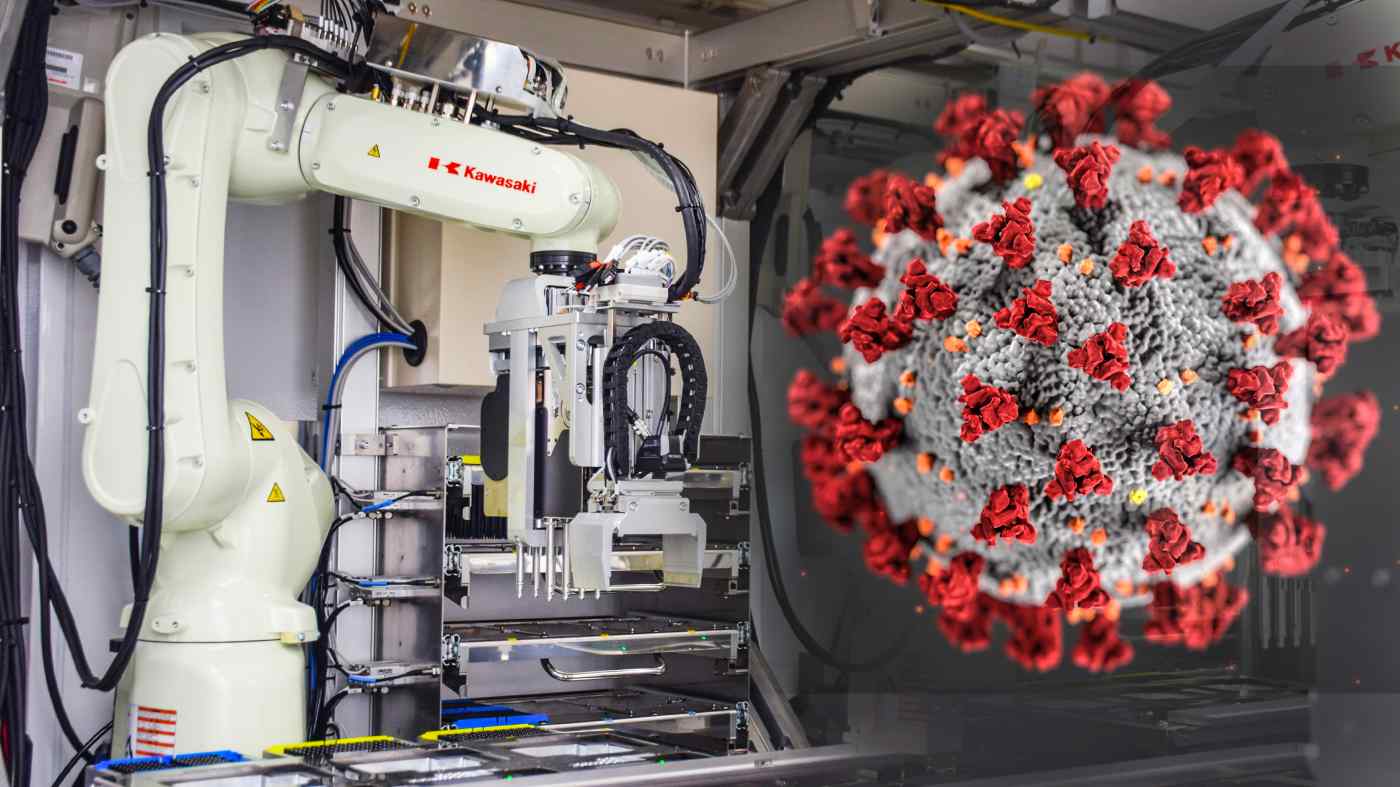 TOKYO -- Kawasaki Heavy Industries has developed an innovative PCR testing system controlled by robots that it is aiming to set up in downtown areas and airports by March next year, Nikkei has learned.

Each robot can conduct 2,500 PCR tests a day and the company is planning to roll out up to 50 of them by March in the first of its kind globally. This equates to 125,000 tests per day, almost doubling the current COVID testing capacity across the country.

The robots will be able to conduct the whole process but for the collection of samples for which human labor is needed. Nonetheless, the system helps to reduce the number of medical staff needed to conduct such tests, which in turn lowers the possibility of contagion.

Demand for PCR testing is growing as the number of infections globally is still rising rapidly. According to the Ministry of Health, Labor and Welfare, 60,000 to 80,000 PCR tests are run a day across Japan.

Testing companies such as H.U. Group Holdings and BML can conduct up to 30,000 tests each a day. It usually takes up to three hours to deliver test results. By contrast, Kawasaki's system takes only 80 minutes to deliver a result, after the robots run a series of processes such as nucleic acid extraction, reagent preparation, and PCR.

The new system was jointly developed with Sysmex and Medicaroid but it is the first time that Kawasaki is offering the testing service under its own branding. Both Kawasaki and Sysmex have stakes in Medicaroid. The test setup is equipped with Kawasaki's robots which are typically used in auto and semiconductor production and Sysmex's PCR machines.

Kawasaki is expecting to offer the service at around 10,000 yen ($92) per test. The company is in talks with multiple municipalities and airport operators, with the hope of offering the service as early as May.

Additionally, Kawasaki is also building a system that can issue COVID certificates for those who take the PCR tests at airports, at which the company aims to conduct 10,000 tests per day.

Kawasaki's system could be also used at sports events and enables athletes to take tests near the venues. Since February, Kawasaki has been offering pre-departure PCR testing services at Fujita Health University in Aichi prefecture as a trial.