Japanese academic group finds no link between the virus and disease 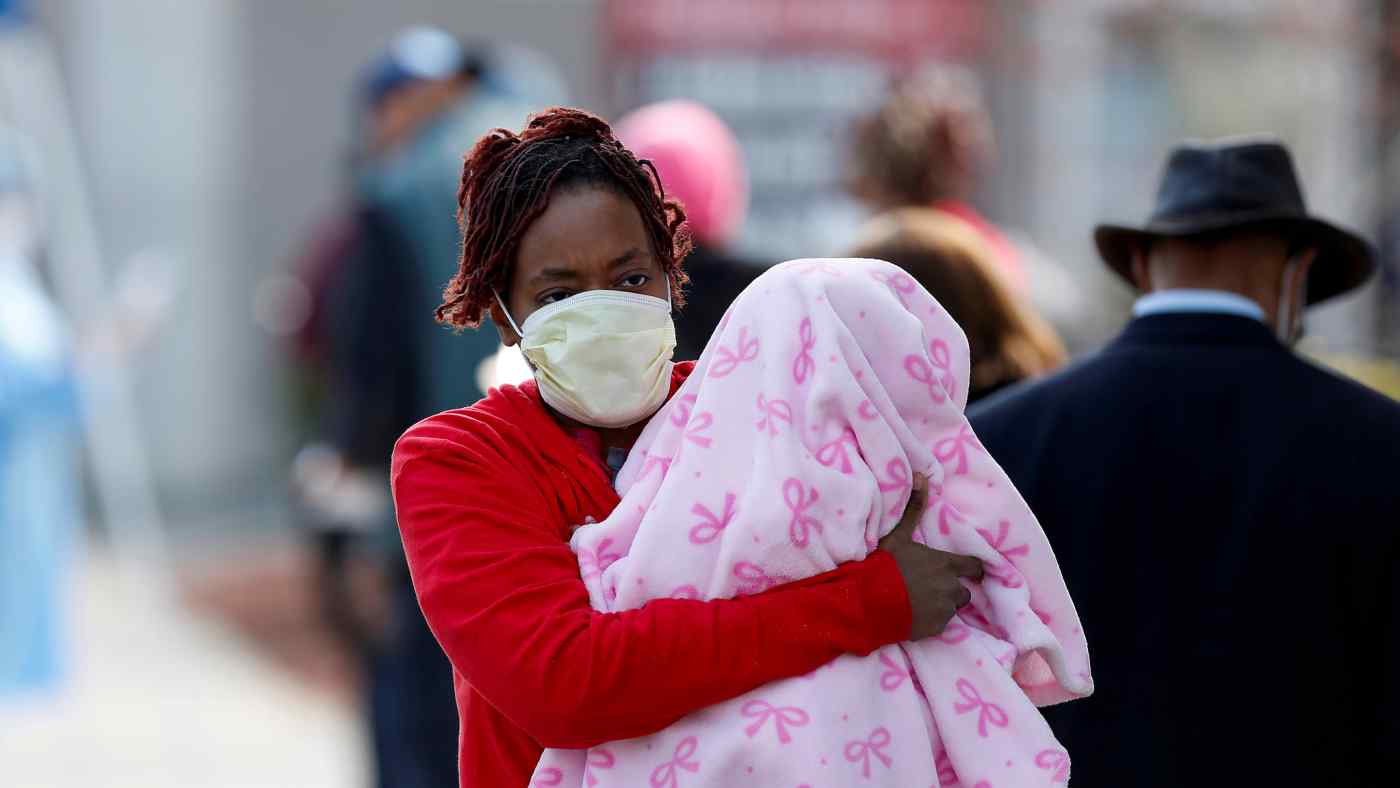 A woman holds a child as she walks past people waiting in line to receive testing at a Chicago hospital.    © Reuters
MOMOE BAN, Nikkei staff writerMay 9, 2020 15:40 JST | North America
CopyCopied

NEW YORK/TOKYO -- The U.S., U.K., France and other Western countries are facing a rise in the number of children who test positive for the new coronavirus and show Kawasaki disease symptoms.

Kawasaki disease triggers inflammation in children's blood vessels and, early after onset, brings about a high fever. It can also lead to long-term heart problems, including heart attacks. Named after a physician, its cause remains unknown more than 50 years after it was first noticed.

In the U.S. state of New York, Gov. Andrew Cuomo on Friday revealed that 73 children who have been confirmed with the virus have shown symptoms consistent with Kawasaki disease. Among the patients was a 5-year-old boy who died on Thursday.

It has been reported that the coronavirus leaves children largely unscathed, giving them slight or no symptoms.

Debates about when to reopen schools are about to kick off in the U.S., and one point of contention will be over what enhanced measures will be needed to prevent children from contracting the virus.

The Kawasaki disease revelation could inflame these debates.

The Japanese Society of Kawasaki Disease this week announced on its website that it has "not yet found" information in Japan or neighboring countries that shows a connection between the virus and Kawasaki disease.

The academic group in the three months through April asked its members to confirm any rise in the number of patients of Kawasaki disease but has not received any response indicating such a case.

The group said it "will monitor the latest situation."