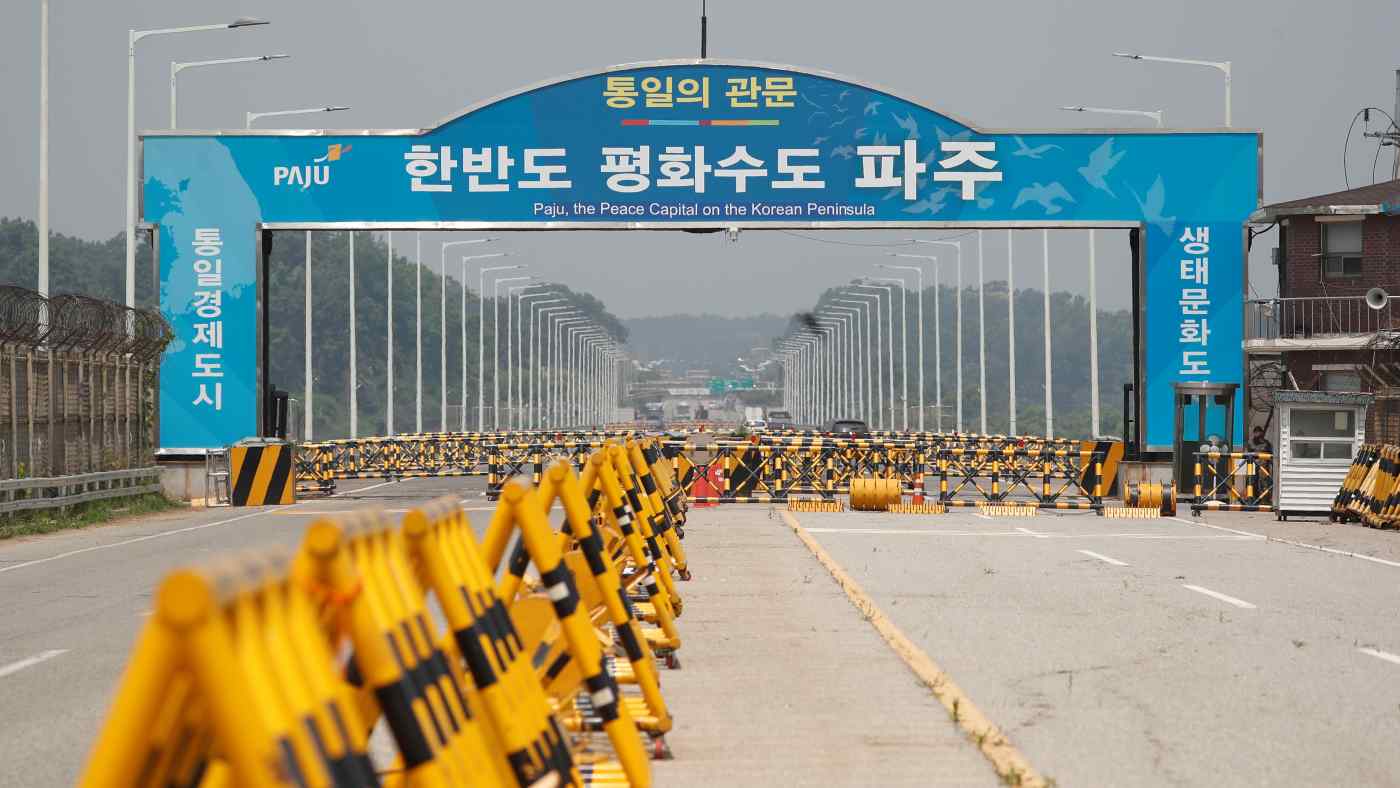 Barricades are seen on a bridge that leads to the inter-Korean Kaesong Industrial Complex in North Korea, just south of the demilitarized zone, in Paju, South Korea on June 17.   © Reuters
July 26, 2020 10:57 JSTUpdated on July 26, 2020 16:12 JST | North Korea
CopyCopied

SEOUL (Reuters) -- North Korean leader Kim Jong Un declared an emergency and a lockdown in a border town after a person suspected of being infected with the novel coronavirus returned from South Korea after illegally crossing the border, state media said on Sunday.

If confirmed, it would be the first case officially acknowledged by North Korean authorities.