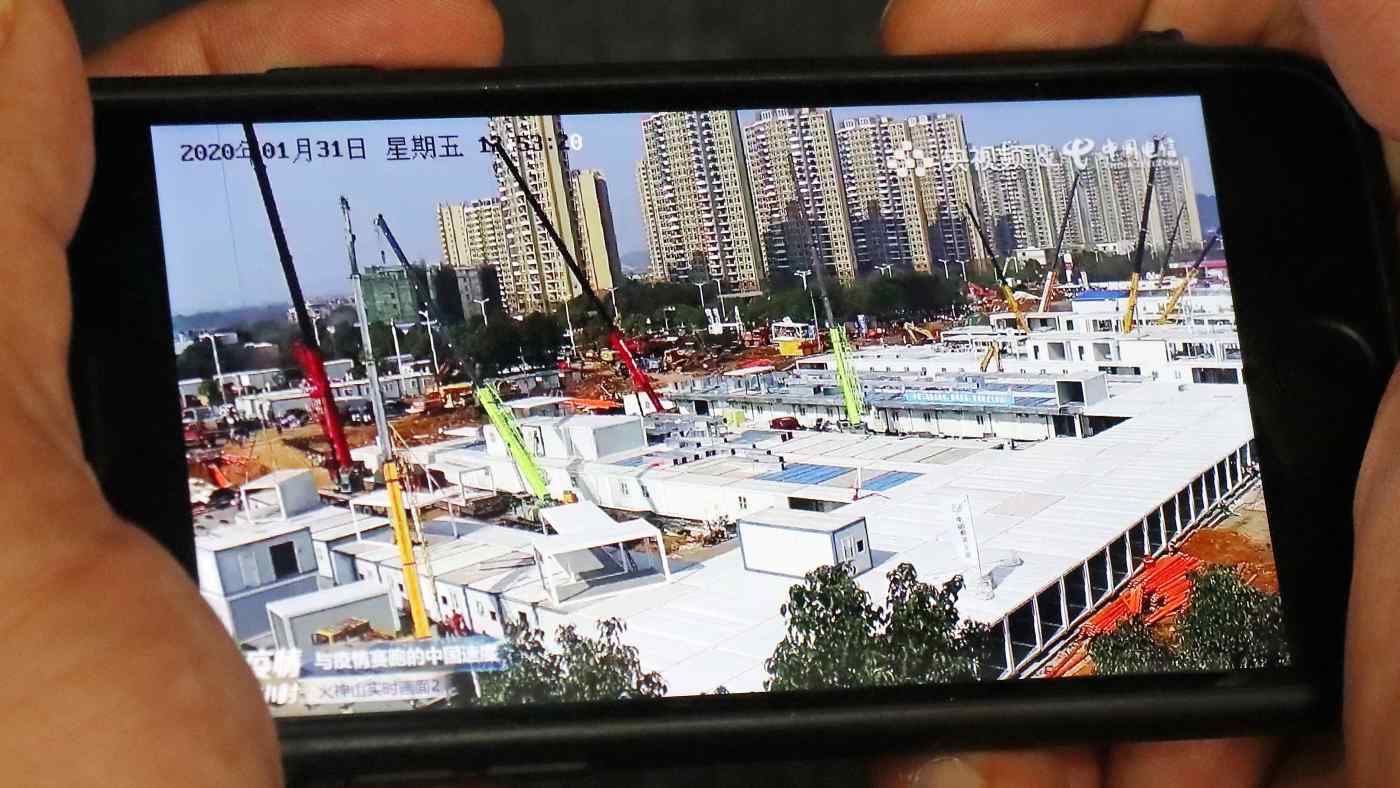 BEIJING -- As workers race to build two new makeshift hospitals within 10 days in Wuhan, the capital of Hubei Province and the epicenter of the deadly 2019-nCoV outbreak, over 65 million Chinese are watching the livestream of the construction via state-owned broadcaster CCTV's app.

On the app, "Yangshipin," there are four live-broadcasting streams that show the machinery working on the construction sites of the Wuhan Huoshenshan Hospital and Leishenshan Hospital, which are scheduled to be operational on Feb. 3 with 1,000 beds and on Feb. 5 with 1,600 beds, respectively.

Livestreaming the construction of the two hospitals has become popular on China's social media -- the topic #Livestreaming Building Hospitals has 230 million views on Weibo. Chinese netizens call themselves "online overseers" and have nicknamed the bulldozers and trucks, such as "Little Yellow" and "Little Blue."

On Thursday morning, CCTV created a ranking of the different machines under the video feed for watchers to vote by clicks to show their support for the project. The chart, however, was removed shortly after its release for unknown reasons. There have been some comments on Weibo criticizing CCTV for highlighting such a serious public health issue in an entertaining manner.

The two hospitals are modeled after Beijing Xiaotangshan Hospital, which was built in 2003 for the SARS crisis, and are meant to alleviate the pressure on Wuhan's health system, which is suffering overcrowded hospitals and shortages of protective gear and other medical equipment. More than 2,261 people in Wuhan were infected with the virus as of Thursday morning.

The fast-spreading epidemic in China has already claimed 170 lives and infected over 7,826 people as of Friday in China, according to Chinese officials. Cases have also been reported in 15 other countries including Thailand, Singapore, Japan and the U.S.

To curb the spread of the coronavirus, Chinese authorities have extended the Lunar New Year public holiday by three days to Feb. 2, and encouraged people to stay at home and avoid mass gatherings. In some regions, such as Shanghai, Jiangsu Province and Zhejiang Province, the governments have extended the holiday to Feb. 9.