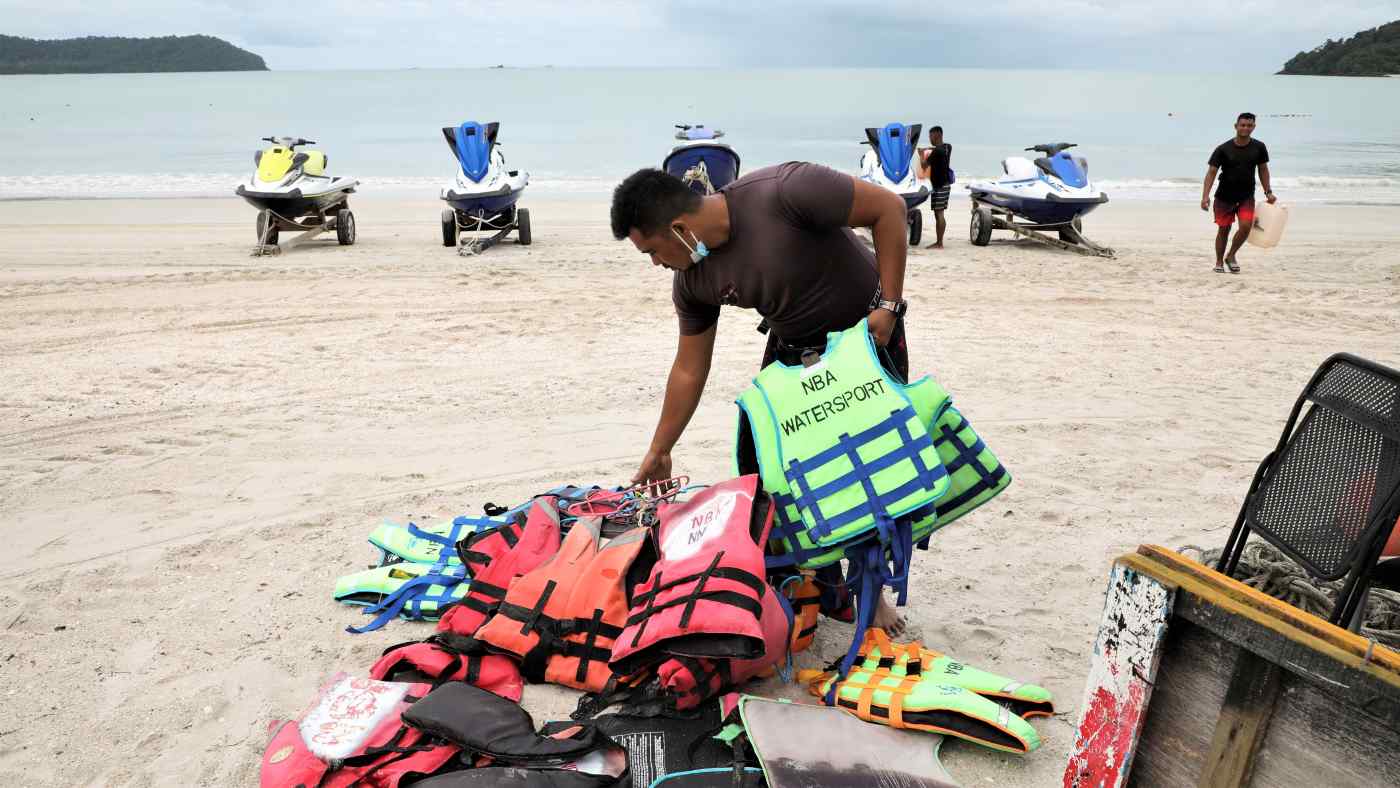 The opening of Langkawi, a scenic backdrop for popular movies like "Crazy Rich Asians," marks the country's tentative step back into the coronavirus-stalled international tourism market. The duty-free island is now accessible to fully vaccinated visitors from almost all countries -- a first since Malaysia closed its borders in March 2020.

But Eugene Dass, a member of the Malaysia Association of Hotels board, said hotel booking rates were at only 50% of capacity until the end of November and about 62% until the year-end. "Not much gush at the moment with the international market," he told Nikkei Asia.

He said interest might improve once the country truly reopens the international border -- a move the government's advisory panel suggested would happen by January at the latest.

For now, industry insiders see plenty of confusion over travel protocols, as well as concern that any COVID-19 flare-up could undo progress.

Foreign nationals entering Langkawi are required to undergo swab tests 48 hours before arrival and would be subjected to rapid tests upon landing. The latter tests deliver results within 10 minutes. Once given the all-clear, visitors can skip quarantine and travel freely based on plans by authorized travel agents.

David Macklin, general manager of the luxurious Four Seasons Resort Langkawi, echoed the view that there is little demand from international tourists right now. He argued that the government has not publicized the standard operating procedures for the tourists clearly.

"Apart from Singapore, other tourists don't know if they are allowed into Malaysia and if they need to quarantine," he said. "Even Singaporeans don't know if they can come directly to Langkawi by transiting in Kuala Lumpur, since there are no direct international flights."

He did say the lavish resort has seen a rise in returning guest bookings for next year, in line with the signal that the border will open by January.

Langkawi, once the romantic getaway choice for millions, has been a test bed for Malaysia's reopening plans. Entry was first offered to inoculated domestic travelers in mid-September.

According to Dass, the possibility of a new wave of COVID-19 infections remains a concern for Langkawi hotel operators.

"If this happens, people may be concerned to come to the island, which could dampen our efforts all along and eat into any potential business locally or internationally," he said.

Overall, Malaysia's daily cases have fallen far from the peak of over 24,000 in August, to around 5,000 lately. But health authorities have issued warnings that cases may rise again, observing a recent increase in the infectivity rate even though 76% of the total population is fully vaccinated.

Health Director-General Noor Hisham Abdullah has said that the current nationwide infectivity rate, or reproductive number, of 1.05 is an early sign that cases will climb. A reproductive number higher than 1 means that a disease is spreading.

However, Noor Hisham said interstate travel and free movement of people are not the major factors. Rather, he cautioned against gatherings in enclosed spaces and close face-to-face conversations.