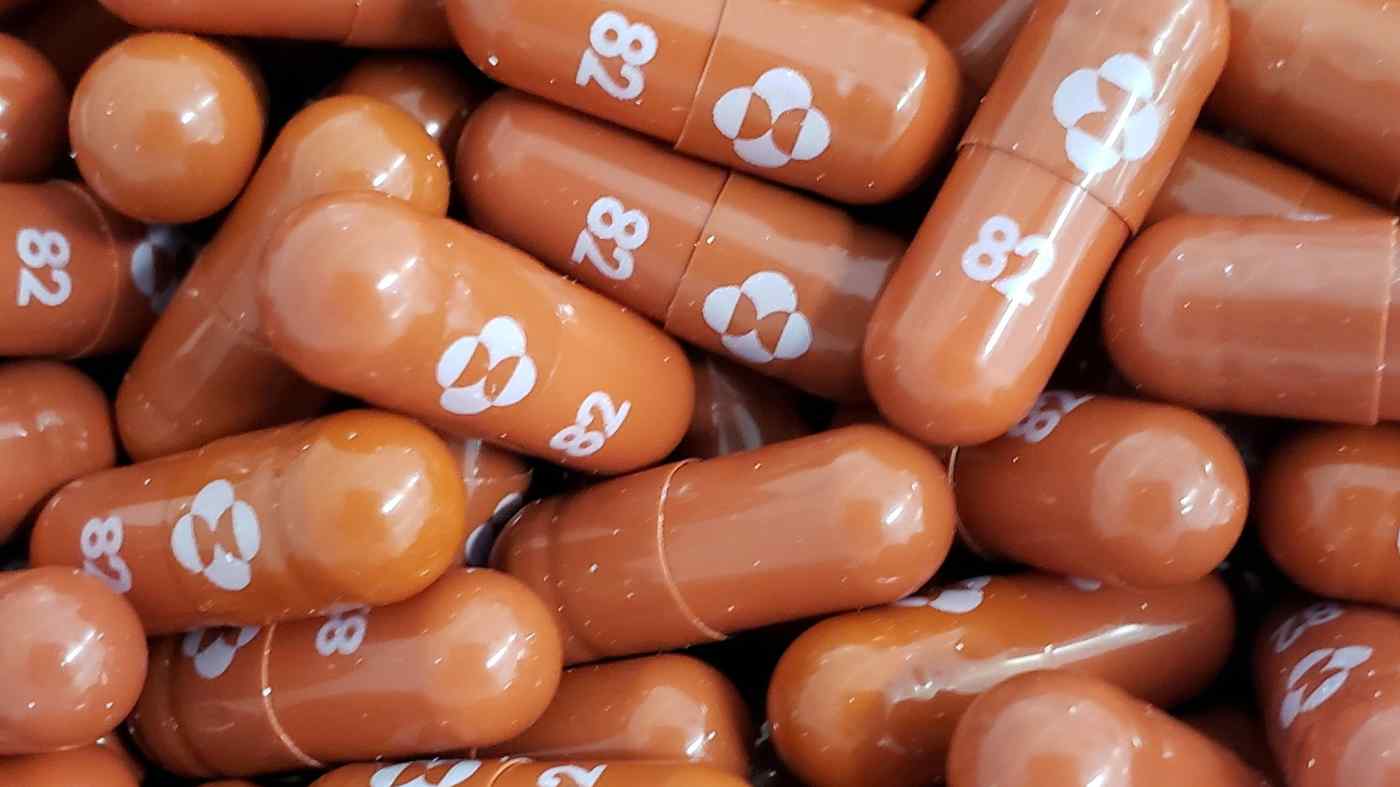 Merck's experimental COVID-19 antiviral pill cut the rate of hospitalization and death by 50% in a trial of mild to moderately ill patients with at least one risk factor. (Merck handout via Reuters)
October 12, 2021 11:06 JST | U.S.
CopyCopied

Merck & Co said on Monday it has applied for U.S. emergency use authorization for its drug to treat mild-to-moderate patients of COVID-19, putting it on course to become the first oral antiviral medication for the disease.

An authorization from the U.S. Food and Drug Administration could help change clinical management of COVID-19 as the pill can be taken at home.

The treatment, molnupiravir, cut the rate of hospitalization and death by 50% in a trial of mild-to-moderately ill patients who had at least one risk factor for the disease, according to data released earlier this month.

The interim efficacy data on the drug, developed with Ridgeback Biotherapeutics, had heavily dented the shares of COVID-19 vaccine makers and set off a scramble among nations, including Malaysia, South Korea and Singapore, to sign a supply deal with Merck.

The drugmaker has a U.S. government contract to supply 1.7 million courses at a price of $700 per course. Merck expects to produce 10 million courses of the treatment by the end of 2021.

It has also agreed to license the drug to several India-based generic drugmakers, which are expected to supply the treatment to more than 100 low- and middle-income countries.

Gilead Sciences Inc's infused antiviral remdesivir is generally given only once a patient is hospitalized.

Monoclonal antibody drugs from Regeneron Pharmaceuticals Inc and Eli Lilly, which are typically infused as well, have so far seen only limited use due to the difficulty in administering them.

Merck's shares opened roughly 1% higher before paring some gains to trade at $81.32.