Moderna COVID-19 vaccine gets US authorization, second in 8 days 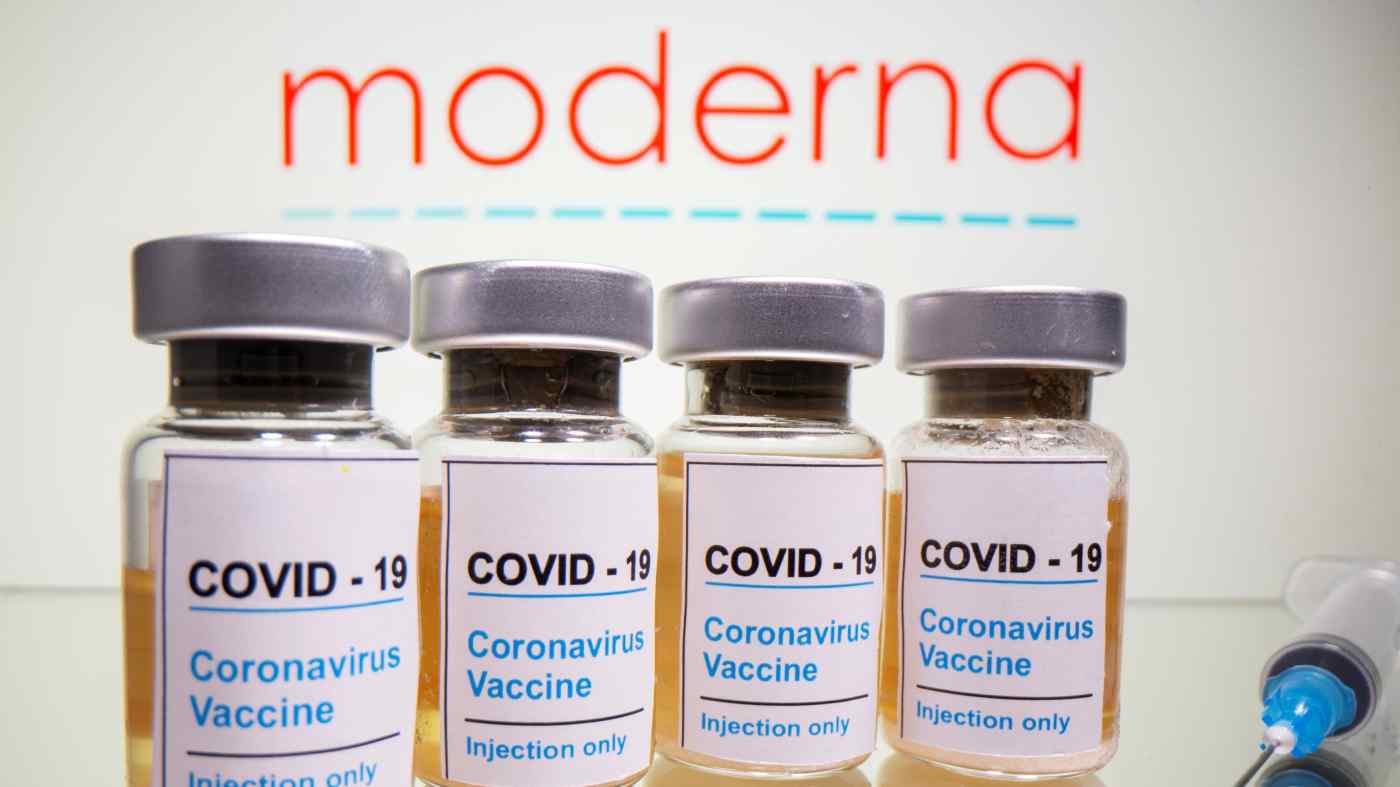 The approval is the first in the world for Moderna's vaccine and validation of its messenger RNA technology, less than a year after the first COVID-19 case was identified in the U.S.    © Reuters
December 19, 2020 09:54 JSTUpdated on December 19, 2020 11:36 JST | North America
CopyCopied

Moderna Inc's coronavirus vaccine on Friday became the second to receive emergency use authorization (EUA) from the U.S. Food and Drug Administration, welcome news to a nation with a staggering COVID-19 death toll of over 307,000 lives lost.

The FDA announced the authorization the day after the agency's panel of outside experts endorsed its use and a week after the FDA authorized a vaccine from Pfizer Inc and German partner BioNTech SE.

The vaccine from Pfizer and BioNTech, based on similar technology, has been put into the arms of thousands of U.S. healthcare workers this week in a massive nationwide rollout. Moderna injections are expected to begin in coming days for adults 18 years old and up.

"With the availability of two vaccines now for the prevention of COVID-19, the FDA has taken another crucial step in the fight against this global pandemic that is causing vast numbers of hospitalizations and deaths in the United States each day," FDA Commissioner Stephen M. Hahn, M.D, said in a statement.

The speed of vaccine development is a stunning scientific success, although there is some hesitancy among the public.

"It is my hope that all Americans will protect themselves by getting vaccinated when the vaccine becomes available to them. That is how our country will begin to heal and move forward," top U.S. infectious disease scientist Anthony Fauci said in a statement.

Older people in long-term health facilities are expected to get vaccines next, with a U.S. Centers for Disease Control and Prevention expert panel on Sunday set to recommend what groups follow, as industries compete to have their workers given precedence.

Moderna said it intended to apply for full U.S. license in 2021.

The FDA decision marks the first regulatory authorization in the world for Moderna's vaccine and validation of its messenger RNA technology, shown to be nearly 95% effective with no serious safety concerns. It came less than a year after the first COVID-19 case was identified in the United States.

The vaccine, developed in partnership with the National Institutes of Health, had relatively minor side effects including pain around the injection site and swelling.

The biotech company has worked with the U.S. government to prepare for the distribution of 5.9 million shots as early as this weekend.

Moderna's shot is expected to be used in harder-to-reach locations, such as rural hospitals. The vaccine needs to be stored and shipped frozen, but does not require the ultra-cold temperatures of the Pfizer/BioNTech shot.

Once thawed, the Moderna vaccine can be kept at typical refrigerator temperatures. It is administered in two shots 28 days apart.

Between the two vaccines, the United States is expecting 40 million doses before year end, enough to eventually vaccinate 20 million people, as both require two shots.

U.S. President Donald Trump on Twitter hailed the authorization. "Congratulations, the Moderna vaccine is now available!" he wrote. The vaccine must be transported to hospitals and other centers before injections begin.

Moderna said it would deliver approximately 20 million doses to the U.S. government this year and expected to have between 100 million and 125 million globally in the first quarter of next year, with 85-100 million of those for the United States.

Moderna has deals with the U.S. government to provide a total of 200 million doses by the end of June 2021. Other vaccines still are in testing, including a one-shot injection from Johnson & Johnson, and a two-shot course from AstraZeneca and Oxford University.

U.S. hospitalizations and deaths have surged, driven by last month's Thanksgiving holiday gatherings. Authorities have renewed restrictions and shutdowns across the country.

Even with two highly effective vaccines, practices such as social distancing and face covering will be needed for months before enough people are inoculated to curb virus transmission and eventually end the pandemic.