No serious side effects in Phase 1 study, but slight negative reactions emerge 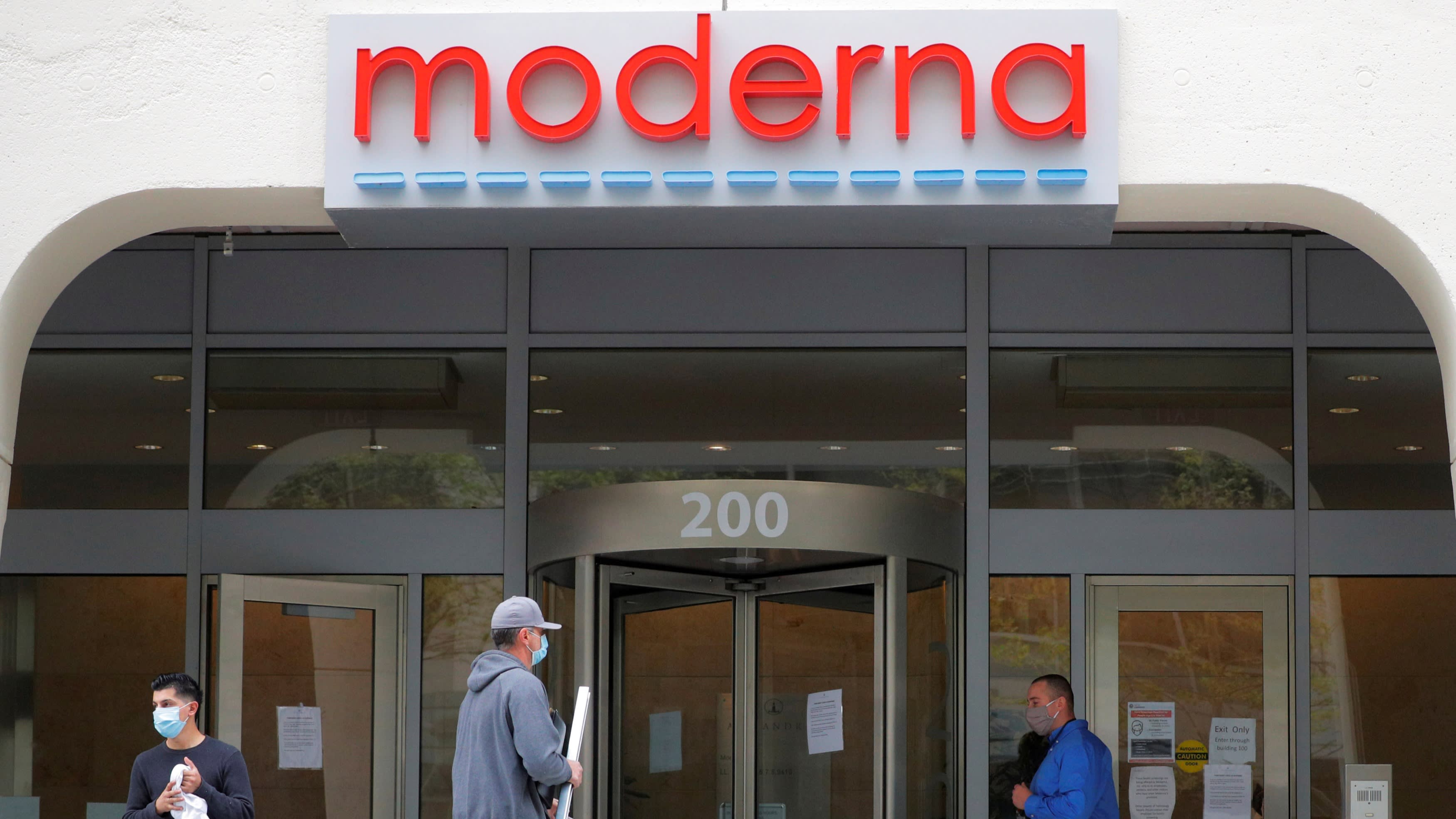 CHICAGO (Reuters) -- Moderna Inc's experimental vaccine for COVID-19 showed it was safe and provoked immune responses in all 45 healthy volunteers in an ongoing early-stage study, U.S. researchers reported on Tuesday.

Volunteers who got two doses of the vaccine had high levels of virus-killing antibodies that exceeded the average levels seen in people who had recovered from COVID-19, the team reported in the New England Journal of Medicine.

No study volunteers experienced a serious side effect, but more than half reported mild or moderate reactions such as fatigue, headache, chills, muscle aches or pain at the injection site. These were more likely to occur after the second dose and in people who got the highest dose.

Experts say a vaccine is needed to put an end to the coronavirus pandemic that has sickened millions and caused nearly 575,000 deaths worldwide.

Moderna was the first to start human testing of a vaccine for the novel coronavirus on March 16, 66 days after the genetic sequence of the virus was released.

"If your vaccine can induce a response comparable with natural infection, that's a winner," Fauci said in a telephone interview. "That's why we're very pleased by the results."

Moderna shares jumped more than 15% in after-hours trading on Tuesday.

The U.S. government is supporting Moderna's vaccine with nearly half a billion dollars and has chosen it as one of the first to enter large-scale human trials. A successful vaccine could be a turning point for Cambridge, Massachusetts-based Moderna, which has never had a licensed product.

Moderna's shot, mRNA-1273, uses ribonucleic acid (RNA) - a chemical messenger that contains instructions for making proteins. When injected into people, the vaccine instructs cells to make proteins that mimic the outer surface of the coronavirus, which the body recognizes as a foreign invader, and mounts an immune response against.

The results released Tuesday involved three doses of the vaccine, tested in groups of 15 volunteers aged 18-55 who got two shots, 28 days apart. The groups tested 25, 100 or 250 micrograms of the vaccine.

Adverse events after the second dose occurred in seven of the 13 volunteers who got the 25-microgram dose, all 15 participants who received the 100 microgram dose and all 14 who got the 250 microgram dose. In the highest-dose group, three patients had severe reactions such as fever, chills, headache or nausea. One of these had a fever of 103.28 Fahrenheit (39.6 C).

In June, Moderna said it selected the 100-microgram dose for its late-stage study to minimize adverse reactions.

"It's a good first step," said Dr William Schaffner, a vaccine expert at Vanderbilt University Medical Center who was not involved in the study.

"There's nothing here that would inhibit one from going ahead to the Phase 2/Phase 3 trials," he said.

In April, Moderna expanded the Phase 1 trial to include adults over 55, who are more at risk of serious disease, with the aim of enrolling 120 volunteers. Moderna said it will follow study volunteers for a year to look for side effects and check how long immunity lasts.

Moderna started its phase 2 trial in May and expects to start a phase 3 trial on July 27.