Moon calls on Japan to fight coronavirus together 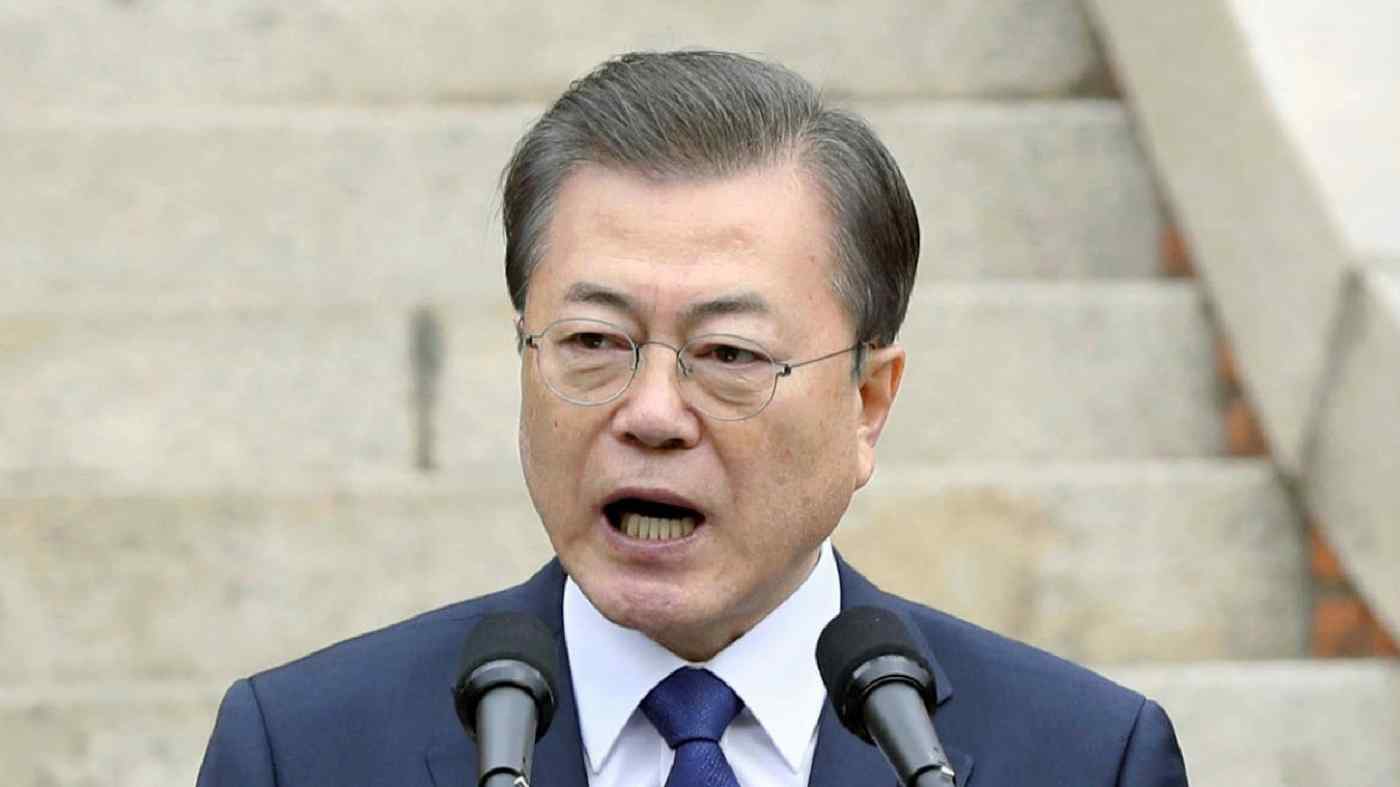 SEOUL -- South Korean President Moon Jae-in on Sunday urged Japan to work with his country to contain "the crisis," referring to the growing outbreak of the new coronavirus in a speech commemorating resistance to Japanese rule more than a century ago.

While the president urged Japan to "squarely face the past," he did not refer to various issues that have soured bilateral ties of late, such as lawsuits seeking compensation for South Koreans forced to work for Japanese companies during World War II.

"We will not forget the past, nor will we remain in it. I hope that Japan will also take on the same attitude," Moon said at an event marking the 101st anniversary of the March 1 movement.

"Let us prevail over the crisis together and make joint efforts for future-oriented cooperative relations," he said, addressing Japan.

"Patriotic martyr Ahn Jung-geun stood against Japan's aggression with the force of arms, but he clarified that his true intention was to achieve peace together in the East, not to show hostility against Japan," Moon said, referring to the independence activist who assassinated Japan's first colonial governor of Korea, Hirobumi Ito.

"Japan is always our closest neighbor," he said.

Regarding efforts to combat the disease, Moon said: "We've come to recognize once again the necessity of cross-border cooperation at this time due to the global spread of COVID-19."

As of Sunday, South Korea had 3,736 cases, up 586 from the day before. With the rapid spread of the virus deepening public anxiety, Moon opted to tone down anti-Japan rhetoric and instead highlight cooperation to contain the outbreak.

The ceremony was held at a Seoul high school with deep ties to the independence movement.

Given the outbreak, the government has asked citizens to avoid holding meetings or going out in general. The ceremony was significantly scaled down from normal years.