NTT urges 200,000 employees to work from home as virus spreads 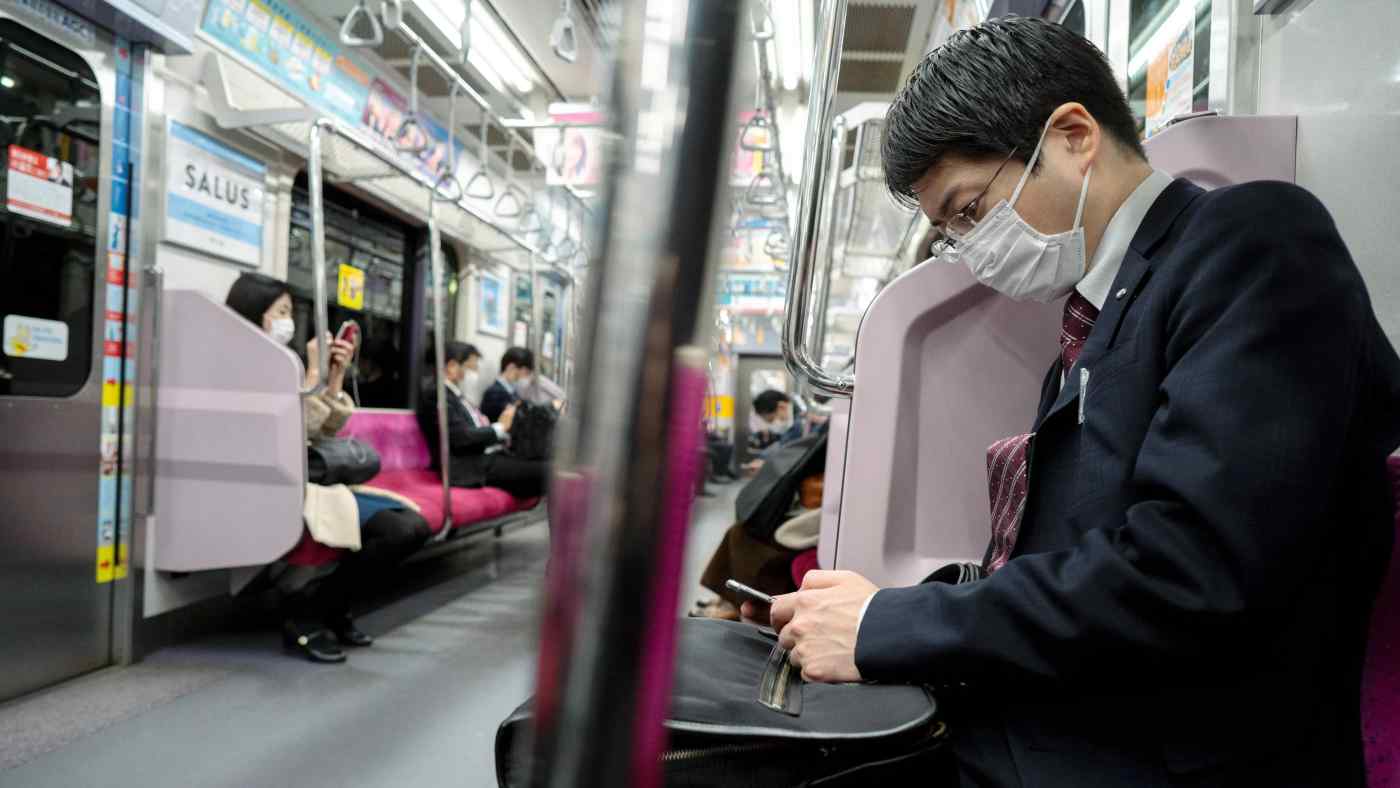 TOKYO -- The Nippon Telegraph & Telephone group is telling employees to avoid commuting during rush hour or simply work from home starting Monday, as the telecom giant tries to protect staffers from the growing coronavirus outbreak in the country.

The company issued the notice Friday to mobile service provider NTT Docomo and regional arms. The group as a whole employs roughly 200,000 people across Japan.

With the growing number of domestic infections -- totaling 53 as of Sunday -- leaving people anxious, a push for telecommuting by a top Japanese company could prompt similar moves in the corporate sector.

Each NTT unit will set its own rules regarding telecommuting. NTT also urged subsidiaries to use teleconferencing instead of bringing large groups together for meetings, and to have sick workers visit a doctor.

The telecommunications group has already been an advocate of telecommuting. Nippon Telegraph & Telephone East and NTT Data let employees work from home for any reason for as many days as they want. Key units like Docomo and NTT Communications also offer flexible schedules as long as employees are available during the peak business hours of 10 a.m. to 3 p.m.

Last summer, the group encouraged staff to participate in a test of telecommuting, in preparation for the Tokyo Olympics and Paralympics this year, which are expected to draw massive crowds to the Japanese capital.

But not all units and divisions have fully embraced alternative working schedules, so the group is encouraging workers to take advantage once again.

Other businesses are responding to the coronavirus threat as well. Telecom company Dwango wants all 1,000 employees to stay home starting Monday.

A tour bus company based in Tokyo began requiring attendants to wear surgical masks after a tour bus driver in Nara Prefecture caught the coronavirus in late January. The business has placed bottles of hand sanitizer at bus doors, urging customers to use them.

"All we can do is encourage basic hygiene," an employee said. East Japan Railway is cleaning handrails with alcohol at key Tokyo stops and offering hand sanitizer for public use at the Tokyo and Shibuya stations.

Keikyu, which operates an express train from Haneda International Airport to downtown Tokyo, is providing moist towelettes for passengers and keeping workers on constant standby to clean doorknobs and ticket machines.

Japan Airlines began disinfecting flights from China with alcohol this month, while retailer Aeon is wiping down doorknobs, elevator buttons and other surfaces with alcohol.

Various concerts and events have already been canceled. According to ticket vendor Pia, Shanghai dance group performances scheduled for March through April in 30 cities, as well as February concerts by a South Korean pop group, have been called off.