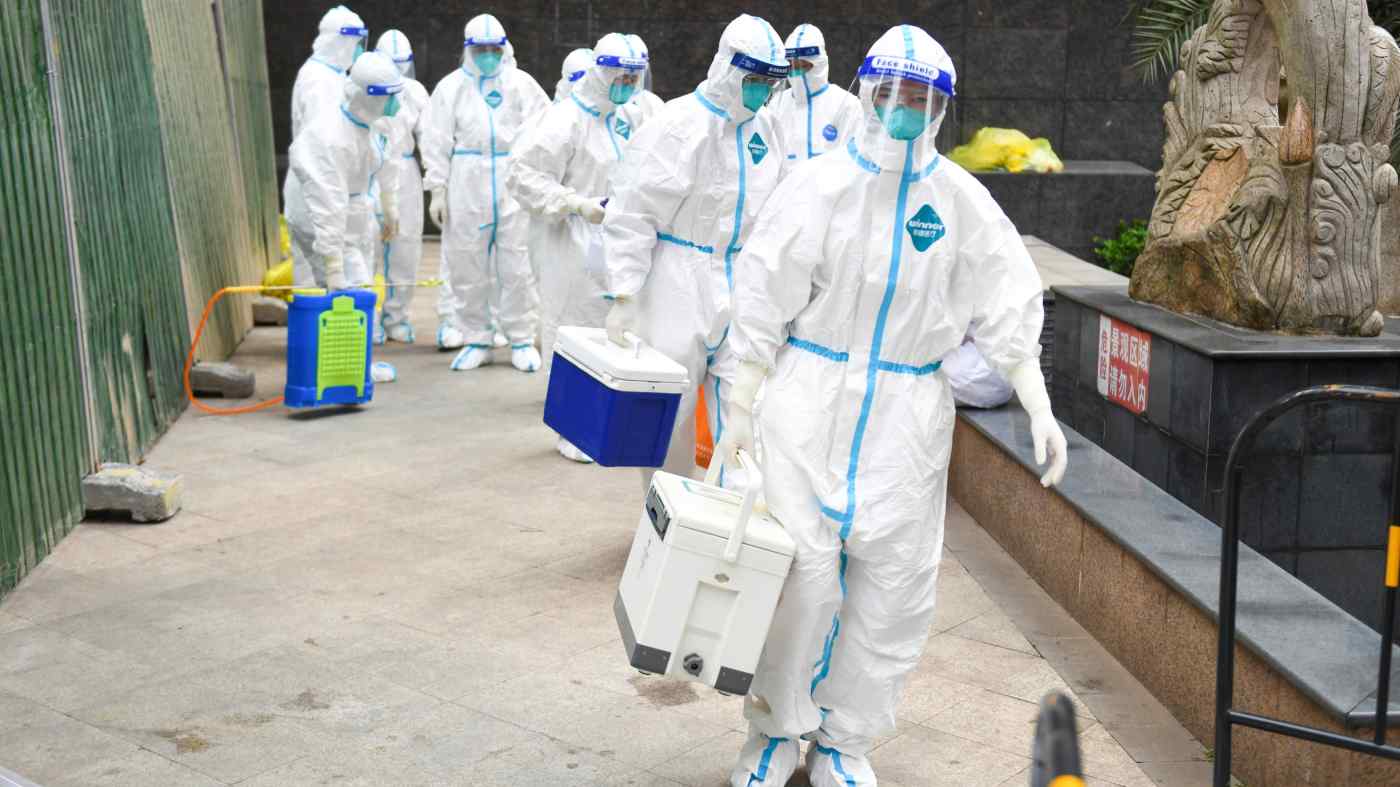 "Our business barely had recovered to pre-COVID days and now customers are staying away because of the recent cases," he sighed.

Pandemic controls are back in Shanghai and a number of other cities around China amid the country's biggest and widest resurgence of coronavirus cases since January, with some 1,702 confirmed cases so far.

Authorities counted 143 cases on Monday, including 108 local transmissions -- a small number by comparison with neighbors like Malaysia and Japan, but far more than the country has gotten used to. Many involve the highly contagious delta variant, which was also central to an outbreak that started in Guangdong Province in late May.

The upsurge is causing economists to trim their expectations for this year's recovery. China is due to report retail and industrial production figures for July next Monday amid signs of slowing momentum as pandemic controls hamper the movement of people and goods.

Beijing authorities have barred arrivals to the capital from districts officially classified as medium or high risk for COVID, with flight links to Nanjing and 14 other cities suspended.

Fifteen districts around the country are now classified as high risk, up from seven as of Saturday. The authorities have listed 199 districts across Beijing, Shanghai and 11 provinces as medium risk.

More than 30 government officials have been punished over the outbreak, including some at Nanjing airport, where it began with a flight from Russia. State-owned Global Times said the offending officials, including a vice mayor as well as district, hospital and aviation executives, had demonstrated "slack responses and ineffective management."

Hui Shan, chief China economist at Goldman Sachs, estimated in a client note that the authorities would be able to bring the outbreak under control within a month, with the impact concentrated on service industries. As a consequence, Shan cut her forecast for sequential third-quarter gross domestic product growth to 2.3% from 5.8% and her annual projection slightly to 8.3% from 8.6%.

"The uncertainty remains high, and the restrictions on travel and entertainment could push Q3 growth as low as zero," he said, should there be a national return to the tight COVID controls imposed in northeastern provinces at the beginning of the year.

China's year-on-year GDP growth decelerated to 7.9% in the second quarter from 18.3% in the first quarter due to the difference in conditions last year when the country was the first to go into lockdown and the first to emerge.

The return of controls is expected to show up in next week's monthly data, too, according to economists.

"The related restriction measures have already led to a clear decline in mobility, and this is likely to have weighed on service spending, including catering, which accounts for 10% of retail sales," wrote Societe General economists Wei Yao and Michelle Lam in a client note.