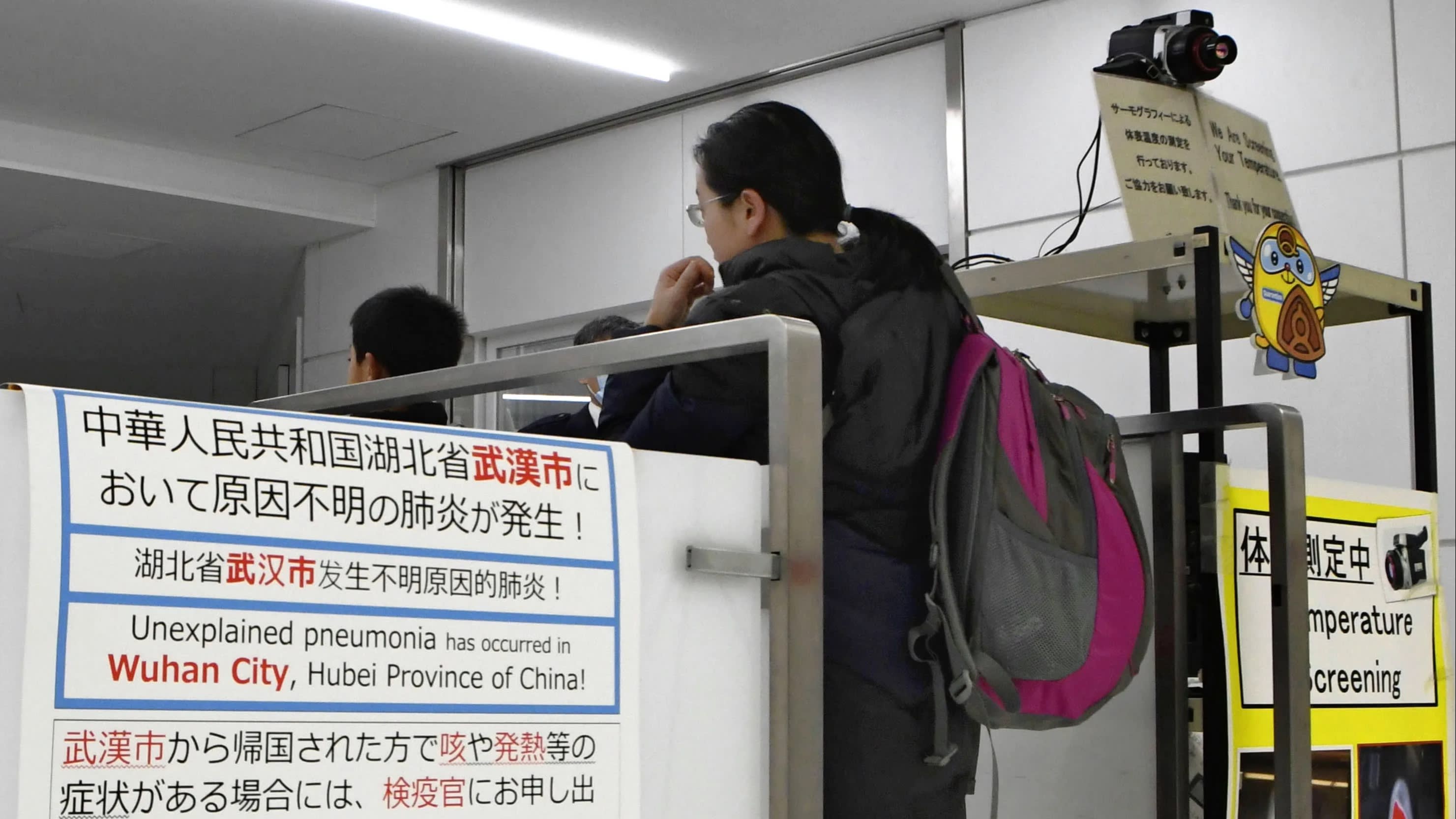 TOKYO -- The report Thursday of Japan's first case of the new coronavirus that emerged in China last month has underscored issues with Tokyo's defenses against cross-border outbreaks as the region's busiest travel season of the year begins.

A 30-something resident of Kanagawa Prefecture, south of Tokyo, tested positive for the virus on Wednesday, according to the Ministry of Health, Labor and Welfare. This was nine days after his return from a visit to Wuhan, the eastern Chinese city where the virus appears to have originated.

The case has lent added urgency to Japan's rethinking of its screening processes in response to the outbreak, which resulted in a second death on Wednesday. China expects travelers to take 3 billion trips over the 40-day Lunar New Year season that began on Jan. 10 -- and according to Ctrip.com, China's largest online travel operator, Japan is the top foreign destination.

The Kanagawa patient began feeling feverish on Jan. 3 while still in Wuhan. He returned to Japan on Jan. 6, passing through a quarantine station on arrival. While incoming travelers routinely undergo body temperature scans, the test is believed to have found nothing out of the ordinary in this case, owing to the man taking fever-reducing medication.

The man visited a clinic the same day and reported having traveled to Wuhan, but he returned home after the consultation. His temperature reached 39 C on Jan. 9, and he was hospitalized the next day after showing symptoms of pneumonia.

The hospital reported the case to a public health office on Tuesday. Testing by the National Institute of Infectious Diseases confirmed Wednesday night that the patient was infected with the new virus.

Japan implemented a monitoring system for suspected cases of infectious diseases last April. But this applies only in certain circumstances, such as severe illnesses that require intensive treatment. The ministry found the reporting process in this case to be "appropriate" under the rules but said it would discuss whether the system should be changed to require quicker reporting.

The institute on Wednesday called for even moderate pneumonia cases with a possible connection to the Wuhan outbreak to be discussed with public health offices.

The Wuhan health commission first noted reports of pneumonia symptoms with an unknown cause on Dec. 12. Other countries began screening for travel to the city, and Japan's health ministry last week began encouraging people who might have the virus to come forward voluntarily.

"At first we had no way of confirming whether people coming in from Wuhan were infected," said a ministry source familiar with the situation.

"We can do only so much to strengthen our quarantine measures, and more cases could be found here," the source said. "We should set up a system to follow patients once they have been identified."

Chinese authorities identified the cause of the pneumonia as a novel coronavirus on Jan. 11 and released its genomic data to other countries the next day. This contrasts with Beijing's handling of the outbreak of severe acute respiratory syndrome -- better known as SARS -- in 2002 and 2003, when it was widely criticized as slow to release information to the world.

"China's disclosure has been vastly smoother compared to then," a source with Japan's health ministry said.

The Wuhan health commission has confirmed 41 cases of the disease as of Wednesday, with two deaths and five patients in critical condition. The seafood market that most have been linked to was closed on Jan. 1, and no new cases have emerged in China since Jan. 3.

The commission has warned that human-to-human transmission is a possibility, citing a case in which a man who had been to the market and his wife, who had not, both fell ill. The Kanagawa patient reportedly did not visit the market but may have spent time in Wuhan with a person infected with the virus.

Japan's health ministry called for calm, seeing it as unlikely that the patient passed on the virus to anyone beyond those in especially close contact with him, such as family or medical personnel involved in his treatment.

"The possibility that this new virus could mutate similarly can't be ruled out," he said, adding that the coronavirus "must be studied in minute detail."