Parts shortfalls continue as China slow to return to business 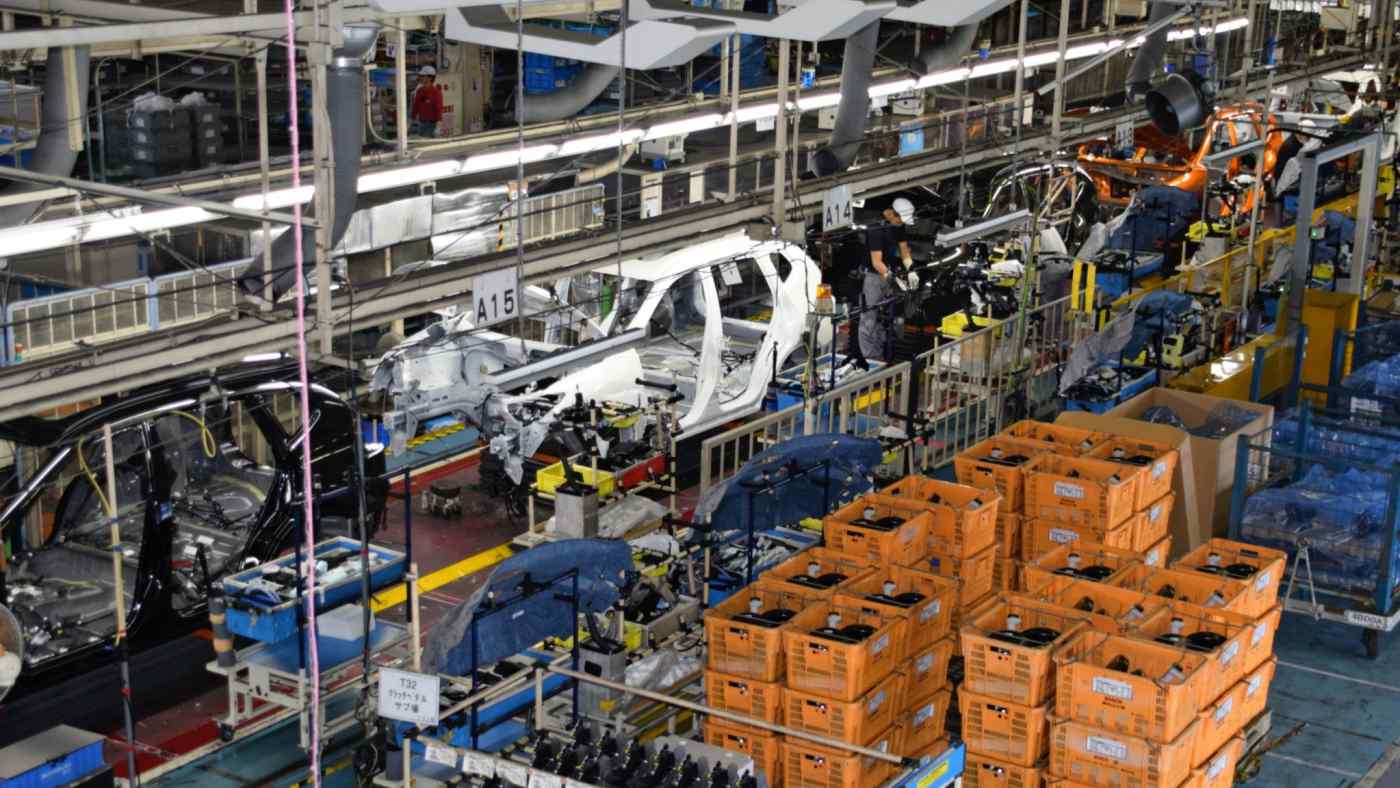 TOKYO -- Nissan Motor will temporarily halt operations at a Japanese plant, becoming the first automaker in the country to suspend vehicle assembly due to an auto-parts shortage caused by the coronavirus outbreak in China.

Both production lines at subsidiary Nissan Motor Kyushu's plant will be halted Friday. One line, which makes mainly vehicles for foreign markets, will go offline the following Monday. The factory, a relatively early adopter of Chinese parts, appears to have been hit particularly hard by the supply chain disruption caused by the virus.

Though many companies in China returned to work Monday after an extended Lunar New Year holiday, the auto parts industry there will likely need some time to return to normal. The city of Wuhan, where the virus is believed to have originated, remains under lockdown, cutting off supply from a major parts production hub.

Nissan Kyushu churned out around 434,000 vehicles in fiscal 2018, accounting for about half of Nissan's domestic output. Its models include the Serena, a minivan for the Japanese market, and the Rogue Sport compact sport utility vehicle for export to North America and elsewhere.

The shutdown is expected to reduce output by around 3,000 units.

Nissan is now slated to reopen four Chinese plants about a week later than planned. Its facilities in Hubei Province, the center of the outbreak, will resume operation Feb. 20 at the earliest, rather than the previous target of Friday. The reopening of other factories in Guangdong Province and elsewhere has been pushed back to Feb. 17 from Monday.

The outbreak has also spurred Toyota Motor to stop some production at facilities including its Shimoyama factory, which makes parts such as engines. With its four Chinese auto-manufacturing plants shut down until Feb. 17, the company opted for a partial halt on production of parts for those facilities.

The stoppage at the Chinese factories, which are all run through joint ventures with local partners, has been extended from the original end date of Monday in light of such factors as the parts supply outlook, shipping and workers' ability to commute in.

China accounts for about 30% of Japan's auto parts imports, particularly products that are small and inexpensive to ship, such as springs, plastics and textiles. Japan imported 347 billion yen ($3.16 billion at current rates) of auto parts from China in 2018, data from the Japan External Trade Organization shows.

Such other Japanese automakers as Isuzu Motors, which uses turbocharger parts made in Wuhan, are also at risk. The company is weighing operations including alternative sourcing but could be forced to rethink domestic production plans.

South Korea's Hyundai Motor last week suspended operations at its three domestic auto assembly plants until Tuesday due to delays in its supply of electrical components from China.